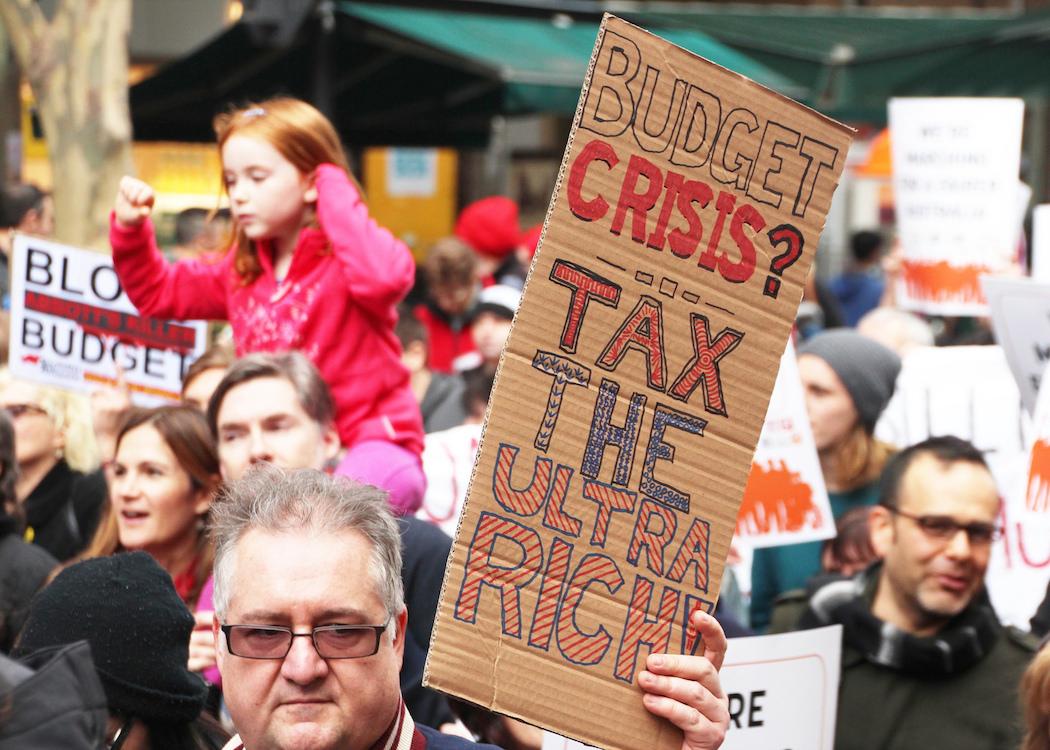 BILLIONAIRE SCOTTISH RESIDENTS should be targeted with a specialist “anti-tax avoidance squad” to challenge “industrial scale” tax dodging, according to socialist coalition Rise.

The Scottish Government is currently developing its own tax system, including how to deal with wealthy individuals who try to bend financial rules to reduce their contribution to the public purse.

Rise point to the tax activities of Mahdi Al-Tajir, Ian Wood, Mohamed Al-Fayed, Jim McColl, Brian Souter and Anne Gloag as warnings over how billionaires and corporations game the system to avoid tax.

Commenting, Cat Boyd, Rise’s top candidate on the Glasgow regional list, said: “It’s tempting to look at the Panama Papers and see something happening in a distant corner of the world. But the reality is that tax avoidance on an industrial scale is happening in Scotland right now as we speak.

“Six of Scotland’s ten richest people have avoided paying tax in the UK by registering their wealth abroad. At a time of deep austerity, and with the global economy looking increasingly unstable, they are shamelessly cheating ordinary Scots.

“If you live in Scotland, or run companies here, or own large swathes of Scottish land, you should pay your fair share of tax in Scotland. And that tax should be used to fund the services we all need and rely on.”

Al-Fayed, who owns 65,000 acres in Easter Ross, received a sweetheart deal from UK tax authorities and used the Bermuda tax haven in his sale of his Harrod’s store.

McColl is domiciled in the tax haven of Monaco, which he admitted allows him to avoid UK tax.

Soutar and Gloag, both senior executives in the Stagecoach travel firm, avoided capital gains tax in 2008. This year the Stagecoach firm was found guilty of tax avoidance by a UK court.

The personal wealth of all eight figures was identified as over a billion pounds in the most recent Sunday Times rich list.

Rise want Revenue Scotland, the newly established tax body, to create a system of penalties for those found to be avoiding tax and a anti-tax avoiding squad within Revenue Scotland to focus on ensuring the richest in society comply with the letter and the spirit of tax rules.

First Minister Nicola Sturgeon, following the Panama scandal, said that: “In Scotland we have introduced robust anti-avoidance rules — among the toughest in the world. The UK government should follow our lead in cracking down on tax avoidance.”

Around 750,000 acres of Scotland is registered in international secrecy jurisdictions such as the British Virgin Islands, Jersey, and Panama.

Attempts to ban tax haven land ownership were blocked by the Scottish Government on the basis of private legal advice.

British overseas territories and crown dependencies are at the heart of the PS13 trillion system with various links to money laundering, tax evasion and the exploitation of the world’s poor.

UK banks, the UK tax system and even UK Prime Minister David Cameron have been found to be complicit in the tax haven or tax avoidance system.