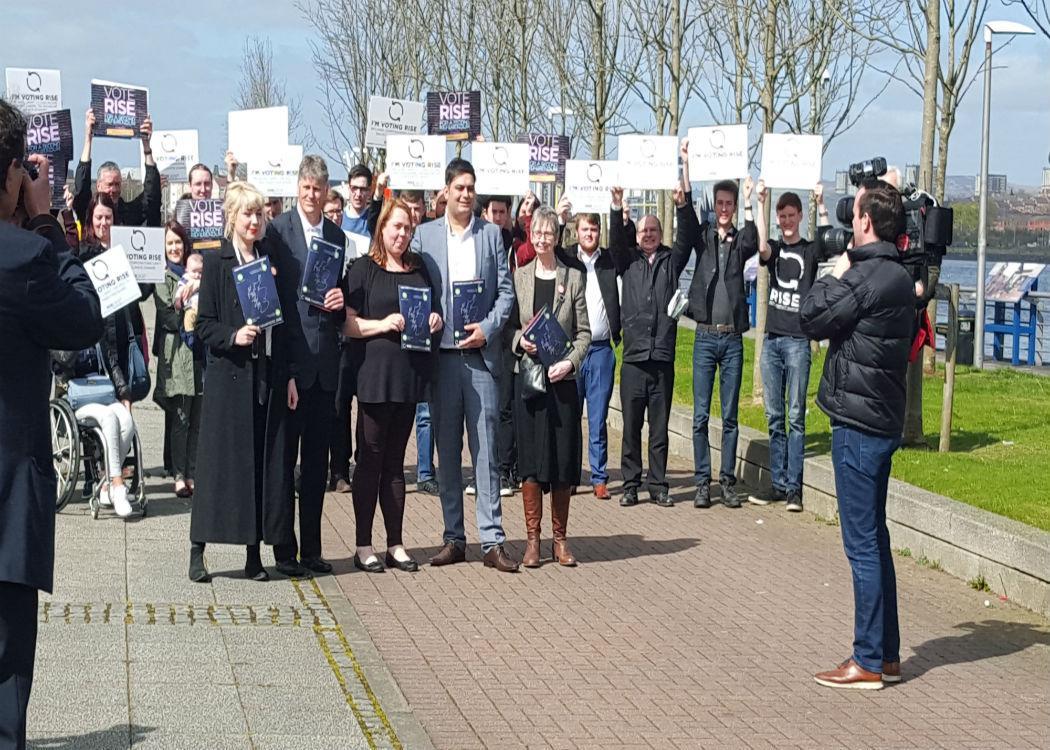 Reflection on result admits mistakes and limits of voter strategy

THE LEAD SPOKESPERSON for the Rise socialist alliance has conceded that the new coalition had a “brutal” and “painful” Scottish Parliament election result.

Jamie Maxwell, who worked as the group’s media co-ordinator, reflecting on Rise’s performance on Bella Caledonia , admitted that its messaging and political organisation was not strong enough to persuade the public to back Rise.

Rise, launched by leading socialist campaigners from the Radical Independence Campaign, ultimately received just 0.5 per cent of the national vote – only a slight increase on the Scottish Socialist Party performance of 2011.

“Rise had a brutal election, Maxwell wrote. “There’s no disguising that. Fewer than 1.000 votes in the Highlands and Islands. Barely 600 in the North East. Losing to Tommy Sheridan in Glasgow. There aren’t many silver linings in that gloomy vista.”

Internal expectations had been far higher. On the night of voting, a central Rise campaigner expected a national vote of between 1.8 and 2.6 per cent.

Maxwell put the result down to crowded competition between left-wing groups, a lack of activists, limited resources, and an excessively antagonistic approach to the SNP.

“Bluntly accusing the SNP of being rightwing wasn’t smart. The Greens struck a more constructive tone and were rewarded for it,” he said, in reference to the Scottish Greens tripling its representation.

Despite the outcome, Maxwell added that Rise – as a coalition under one year old – had made a “decent start” with “an impression on Scottish politics massively disproportionate to our size”.

The Scottish Socialists, a key partner in the coalition, will decide at its national June conference whether to remain involved in the alliance.

Conservative activists were asked “to focus almost exclusively on one-to-one conversations on the doorstep” with repeated key messages that matched Davidson’s language in national and local media appearances.

These included political messages to attract No voters, which were “clear, simple and direct”.

Davidson also stressed that “one good night at the ballot box – no matter how long you’ve waited for it (and we’ve been waiting two decades) – does not a recovery make”, and said the Conservatives were now “on probation”.

“As a party, we are very much on probation and it is my job to marshall my new group of MSPs and to live up to the trust placed in us by the electorate. I take that responsibility seriously,” she wrote.

The Scottish Conservatives beat Scottish Labour to second place at the election, winning 31 and 24 seats respectively. The Scottish Greens increased their representation in parliament to six seats, while the Scottish Liberal Democrats remain on five. The SNP won 63 seats in total, leaving the party two short of an overall majority.