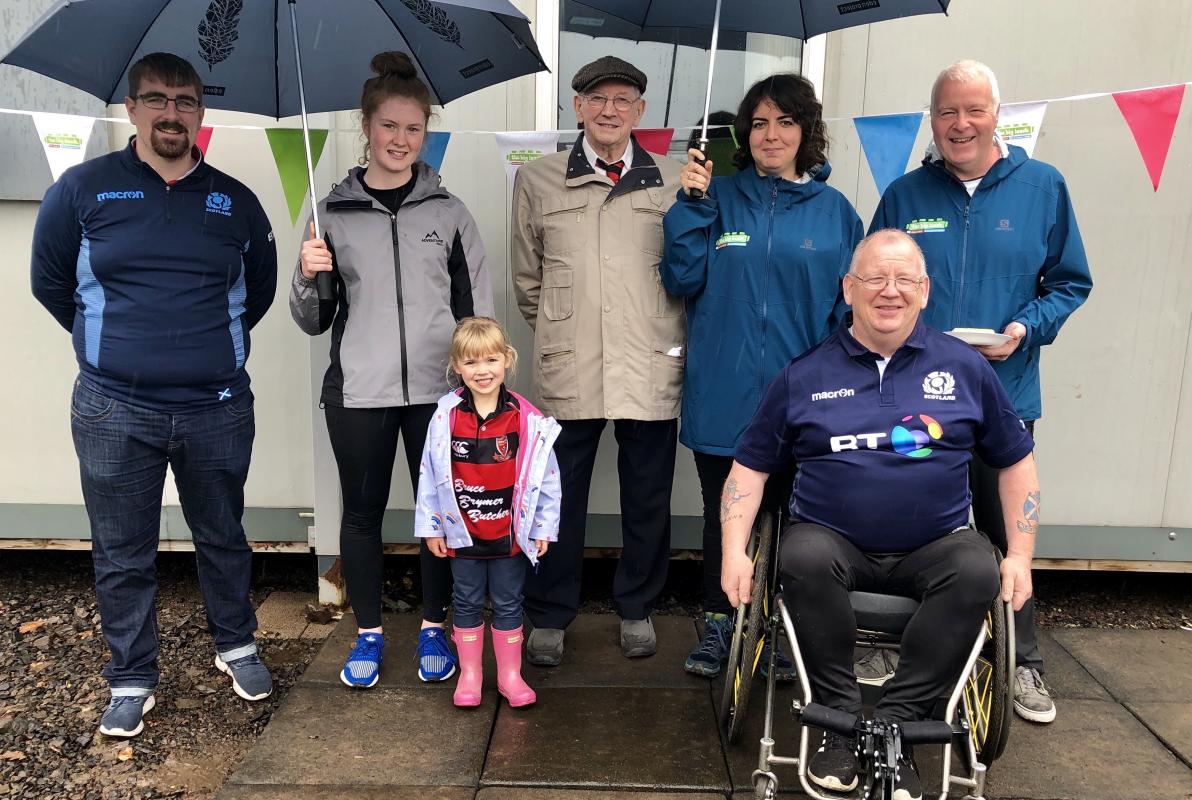 “WE realised no one else is going to do this for us so we’re doing it ourselves.”

This is the refrain I heard time and again on my journey through Scotland’s communities – from Shotts in North Lanarkshire to Kirkwall in Orkney. I spent 17 days visiting community projects and voluntary organisations alongside the Big Lunch Community Walk, an idea by the Eden Project made possible by the National Lottery, which encourages people to get together, share food and make new connections.

People right across Scotland told me they had given up on the idea that help is coming. Instead they’re relying on community spirit and people power to hold communities together and initiate positive change. Many of those I spoke to found that holding a Big Lunch was often the first step towards community empowerment.

The trust was set up in 2011 in reaction to the announced closure of the RAF Kinloss base, in order to retain the economic vibrancy of the area. It aims to make the Forres area ‘a better place to live, work and visit’.

Kirsty Williams, Older Person’s Projects Coordinator for FACT, feels it was something they had to do.

“We have 15 regular groups that have continued in the town hall since we took over,” Williams says. “The biggest thing is the Saturday coffee mornings, which for many older people might be the only time a week they get out. It was part of the reason we focussed on taking on the town hall – to keep it going, not just for the attendees but also for the local charities and groups that use it as a fundraiser.”

Analysis: The grim plight of austerity in Moray Council could be just the start unless big change comes to Local Government soon

It wasn’t just in Forres where I found communities taking on properties they couldn’t afford to lose. Fittie is a picturesque and historic old fishing village on the very edge of the Aberdeen harbour. Despite being popular with cruise ship tourists keen to photograph the cobbled streets and colourful out-houses, the community struggles with a lack of amenities. They don’t even have a shop. Residents have to travel outwith the neighbourhood for even the most basic facilities.

This is why a group of residents formed the Fittie Community Development Trust in 2015, with the aim of purchasing the Footdee Gospel Hall from Aberdeen City Council. Now in possession of the building, they are raising funds for the building’s refurbishment.

“We want it to be a social and recreational centre point for the village, to offset social isolation,” says Pauline Brown from the trust. Their vision is for a hub that serves the local community, with a community garden and a local heritage centre.

Sports hubs also have a role to play. The Brechin Rugby Club took on an unused space and have transformed it into a playable pitch. Their next step is building a clubhouse that will also serve as a community centre, to be used by a wide range of local groups. They currently only have junior and veteran teams, bringing generations together. I spoke to their oldest player, ninety-year old Alastair: “I’m most impressed by what they’re doing here, they’re great people trying to make a change.” 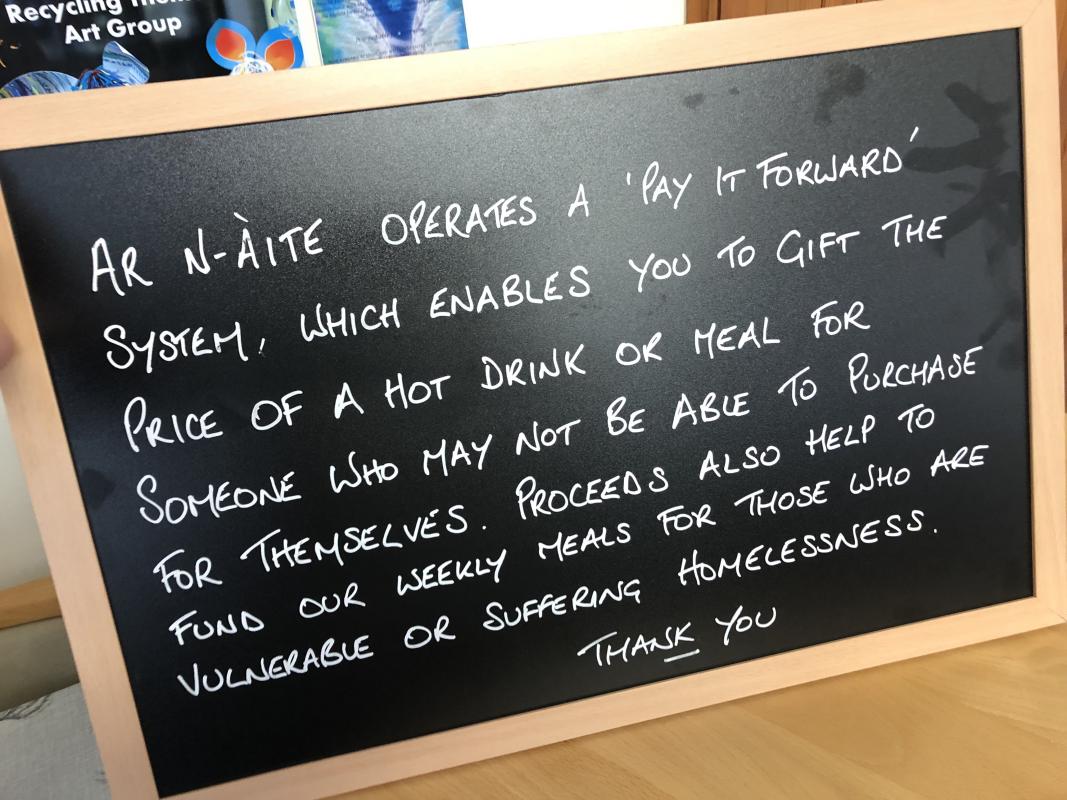 While community centres can be vital to smaller areas, in cities it is often the small spaces that can make a big difference. In Inverness, I went to Our Place, a recovery ‘café with a conscience’ that opened as a social enterprise last year, run by Inverness-based Signpost charity. Before they took it on, the café had lain empty for a year before the Highland Council contacted the charity to see if they would take it on. It’s run on a profitable basis, but all the profits are used to subsidise free meals for people at risk of financial hardship or families on a tight budget. The kitchen operates as a training kitchen.

“It’s so important to have a café like this right in the heart of the city,” says Signpost Chief Officer, Alan Fowler.

“We wanted to create a safe space where vulnerable people can access more specialist support. There are addiction services three doors down, but entering that building could be a big step for someone. They come in to Our Place for nourishment primarily, but then might have a conversation that is a catalyst for making a positive change.”

Their latest project, Grow For Your Community, encourages people to provide unused outdoor spaces in gardens or office grounds for volunteers to use to grow food for the café.

I visited a similar scheme already up and running in Scotland’s capital. Edinburgh Garden Partners pairs up those with gardens who are not able to look after them to people, often living in the city’s tenements who are keen to grow their own food. Although it started life as a gardening project, it has since developed a befriending focus. There are 46 current active partnerships – all over Edinburgh. The project aims to engage older people, or those at risk of being socially isolated.

One garden owner, Jean, hadn’t been out in her back garden for 30 years. Nor had she raised the blinds of her conservatory in that time, because the garden made her anxious. She was matched with a volunteer who has transformed the garden. Not only does she now enjoy time outside, but she has also raised the blinds and let the light back in. This has had the impact of enabling her to stay in her own home without others worrying about her ability to cope.

In Kirkwall, I met with staff from the Voluntary Action Orkney who also run a befriending service for older people, supporting people over the age of 60 to stay in own home for longer. They currently have 21 active matches and are looking for more volunteers. This vital service decreases the burden on the NHS by reducing the number of visits to doctors or hospital that stem from anxiety or the need for social contact. Yet, it is not funded by the state. Instead, like the Edinburgh Garden Partners project, it is funded by the National Lottery Community Fund. 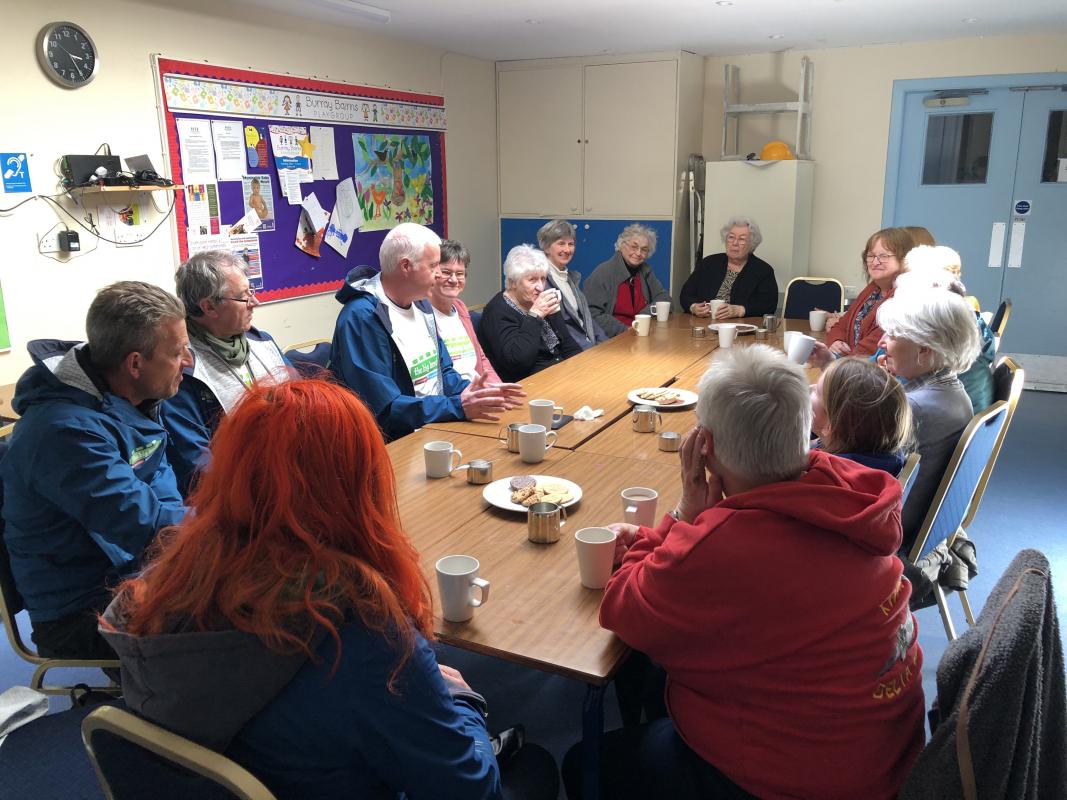 It isn’t only older people who are benefitting from community action. In Findhorn, I visited the Ecologia Youth Trust, which operates in schools right across the Highlands with its Growing2gether project which supports teenagers facing difficult challenges and who may be at risk of being expelled to develop confidence and self-belief by mentoring nursery-age children. In their first 18 months, the programme functioned in 10 schools and nurseries working with 432 young people and children.

One 14-year-old, who previously struggled with aggressive and disruptive behaviour and was paired with a small boy who similarly struggled to cope when things didn’t go his way, says: “It has been so much fun here at nursery with the little ones. I have learned so much and it has been a blast.” His guidance teacher said she had seen a massive change in his behaviour and interest in learning. Another teenage girl who suffered from social anxiety and developed in self-confidence following the programme says: “I hadn’t known what to say to people before, but found out that anyone can feel that way and that I am not alone”.

It has been so successful that the young people are now developing their own community projects, tackling the tricky issues of drug awareness and teenage pregnancy.

This just a handful of the project that I visited, most of which are reliant on funding which can be both precarious and limiting – when projects have only secured funding for two years for example. It is also a time-consuming and mentally draining process; many groups don’t have the capacity or skills. And it can be disheartening when bids fail. With councils at risk of going bankrupt, funding streams (like the Climate Challenge Fund) being cut, and services, particularly in rural areas, not fit for purpose, things are not showing signs of improvement.

Yet the people I met, at these projects, and many more show they’re not taking it lying down. Unwilling to have the heart of their communities cut out, they’re fighting to save them, before it’s too late.