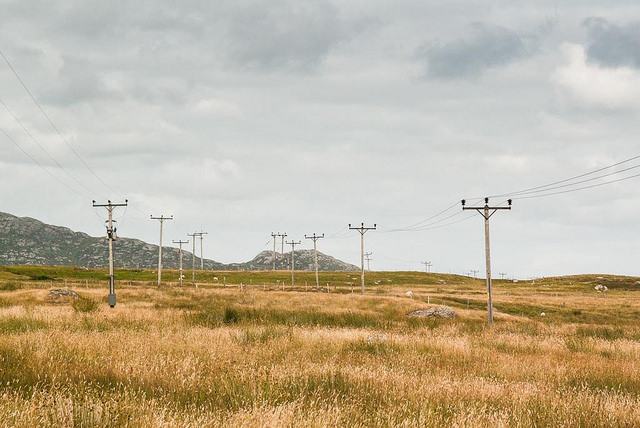 A REPORT setting out the options for the Scottish Government’s proposed publicly owned, not-for-profit energy company published on Monday has been met with criticism from academic energy experts.

Researchers in fuel poverty and renewable energy argue that a rethink of the recommendations outlined by consultancy EY and commissioned by the Scottish Government is needed if the national energy company is to effectively address these issues, while acknowledging the restrictions placed on what the Scottish Government can achieve under the current devolution settlement.

The report outlines the opportunities and challenges for a publicly-owned energy company and presents several options for how it could operate: setting up a new, government-owned company; using local authorities as the providers with local branding; or using an existing socially minded supplier.

First Minister Nicola Sturgeon announced the Scottish Government’s plans to set up an energy company by 2021 at the SNP’s party conference in October last year, where she said the provider would give people on low incomes the “the option of a supplier whose only job is to secure the lowest price for consumers”.

READ MORE: Robin McAlpine: An economy for us needs companies for us

However, Dr Keith Baker, a researcher at the Built Environment Asset Management (BEAM) Centre at Glasgow Caledonian University and co-founder of Energy Policy Research, told CommonSpace that the report is too focused on short-term market competition and has not developed a viable solution to fuel poverty.

“As I understand from the report, there doesn’t appear to be mention of offering long-term purchasing agreements. The energy company needs to be able to offer 30 year plus contracts to develop the infrastructure needed for renewable energy, and on fuel poverty it’s a similar thing,” Baker said.

“If the energy company is only or mainly going to be sourcing energy from other companies then it’s not going to be adding to capacity. The district heating schemes we need to be developing in the rural and island areas where fuel poverty is highest (and using biomass, large scale solar thermal, inter-seasonal heat storage and heat recovery) need long term investment and financial security.”

The report highlights the fact that fuel poverty households are the least likely to switch suppliers, and Baker said it is “far from certain” that this would change with the establishment of a new Scottish Government branded company. With this in mind, he said, long-term infrastructure investment should be prioritised.

Those in fuel poverty, Baker said, “would need significant interventions to retrofit the piping and technology. This is both a barrier, as it means the contractors need to be sensitive to the needs and vulnerabilities of those householders, and also an opportunity as the level of engagement needed means those householders are also likely to be helped in other ways and receive support they would otherwise not seek out themselves – energy audits, behavioural support, etc.”

“I wonder just what contribution the renewable energy sector will make that it is not already making.” Dr David Toke

Baker said such investment will be increasingly vital given a “perfect storm” approaching by 2020 as a result of poor housing, lack of infrastructure and flawed models of energy provision. The situation, he said, could undermine the government’s targets on climate change and fuel poverty and hit those in rural areas hardest if not addressed urgently.

Dr David Toke, programme co-ordinator for the MSc in Energy Politics and Law at the University of Aberdeen, said that he was also concerned by the omission of proposals for long-term contracts which he said would be essential to promoting renewable energy.

“I don’t see how, according to this report and the priorities within it, the Scottish Government is going to be able to do anything to promote renewable energy and I wonder just what contribution the renewable energy sector will make that it is not already making,” Toke said.

“What renewable energy needs is long-term Power Purchasing Agreements [long-term supplier contracts]. The UK Government stopped offering this for onshore wind and solar farms, because the Conservative Party is being pressed by some of their supporters who don’t like wind and solar farms cluttering up the countryside in England.

“There’s no indication this will be forthcoming in the Scottish energy company.”

Toke explained that long-term contracts were necessary to provide new projects the assurance that they will be paid “at least a minimum price for 10 or 15 years”, which in turn would provide assurances to lenders. “There’s an unequal competition with a fossil fuel plant because they already have all the equipment they need,” he added.

“We need the Electricity Act 1998 to be brought north of the border.” Dr Keith Baker

Toke said that a national energy company could take actions to support renewable energy, such as promoting some new flagship schemes which would not otherwise happen, but that this would require the company to operate differently to other energy suppliers. “That depends on whether the government is prepared to take the risk of a long-term view,” he said.

“Without this it will just be like all energy supplier companies with a Scottish Government logo.”

Baker and Toke both said that there was a degree of limitation on what the Scottish Government could achieve with the company due to the fact that some powers over energy policy remain reserved at the UK level.

Baker said: “We need the Electricity Act 1998 to be brought north of the border, because we need to be able to regulate our own energy market. OfGem may have teeth but it’s never used them – it’s not a regulator which is effective in Scotland, where there are a totally different set of circumstances, so we need an effective regulator.

“We need Scottish legislation to allow the energy company to make its own purchasing contracts. The UK Government has a centralised system, particularly around nuclear, whereas in Scotland we are moving towards renewables – this should be the case according to the Climate Change Bill – so there’s a divergence there.”

“I’d be surprised if by 2021 they can say we’ve got a new energy company and everything is working.” Dr Keith Baker

Toke said that the Scottish Government “doesn’t have much influence over giving preference to renewable energy” because this is a reserved power. While the Scottish Government can set up its own supply company, Toke said this would have to compete on the same terms as all other companies and that this meant that the company would need to look at short-term price fluctuations.

Baker said that a national energy company could be a “gamechanger”, but that he was concerned that sufficient groundwork had not yet been done to make the proposal successful. “The detail might come out by 2021, but if you’re doing infrastructure projects you need to be putting detail in 10 years in advance,” he warned.

“At this stage, we can’t rule out a shed load of work being done by the Scottish Government to make this happen, because they have surprised us before, but the danger is we will hit all the low hanging fruit. For the long term planning required, I’d be surprised if by whatever date in 2021 they can say we’ve got a new energy company and everything is working. I certainly hope that happens, but the devil is in the detail.”

Iain Wright, a research fellow at Glasgow University who has worked in the energy industry in Scotland and Ireland in senior roles for over 30 years, took a different view, arguing that EY’s recommendations were “sensible, by and large” and that the report offered  “a much broader view of what a supply company could be” than was initially anticipated.

Wright said that the national energy company should not promise to provide households with the lowest prices, but with the fairest prices. This, he said, would be a more realistic offer and would ensure the stability needed by those “on a tight budget”.

“If an energy company sets up guaranteed fair pricing, what you’re doing is de facto price regulation because you’re always the one that sets what fair pricing is,” he said.

“Whether an energy company is the answer to fuel poverty, I would doubt it, but nevertheless it is a good thing to have.” Iain Wright, energy expert

Focusing on the issue of fuel poverty, Wright added that it was “unfair”, as this should not be seen as the sole or primary justification for the energy company. “Whether an energy company is the answer to fuel poverty, I would doubt it, because of the complex factors involved, but nevertheless it is a good thing to have,” he said.

For example, he said that if a future government policy was to provide fast charging stations at specific intervals around the country, which would have a number of benefits including contributing to carbon reduction and boosting tourism, in the current circumstances a company such as SSE could offer to do this and set its own price as it would have no competition. With a national energy company, he explained, the government would get an “honest price”.

“There are various things the energy company could do if the government, as sole shareholder, asks them to do it, and there wouldn’t be procurement issues,” he said.

That being said, Wright added: “One of the things the energy company could do on fuel poverty is to provide a choice in areas which no other suppliers take on like the heating tariffs.”

With large parts of rural Scotland provided for by only one company, often on restricted meters and with little transparency over pricing, Wright said the national energy company could be in a unique position to provide an alternative.

A public consultation on the energy company will begin later this year, and the Scottish Government has stated that it will continue its “work to identify how best to ensure the publicly-owned energy company tackles fuel poverty and supports economic development”.