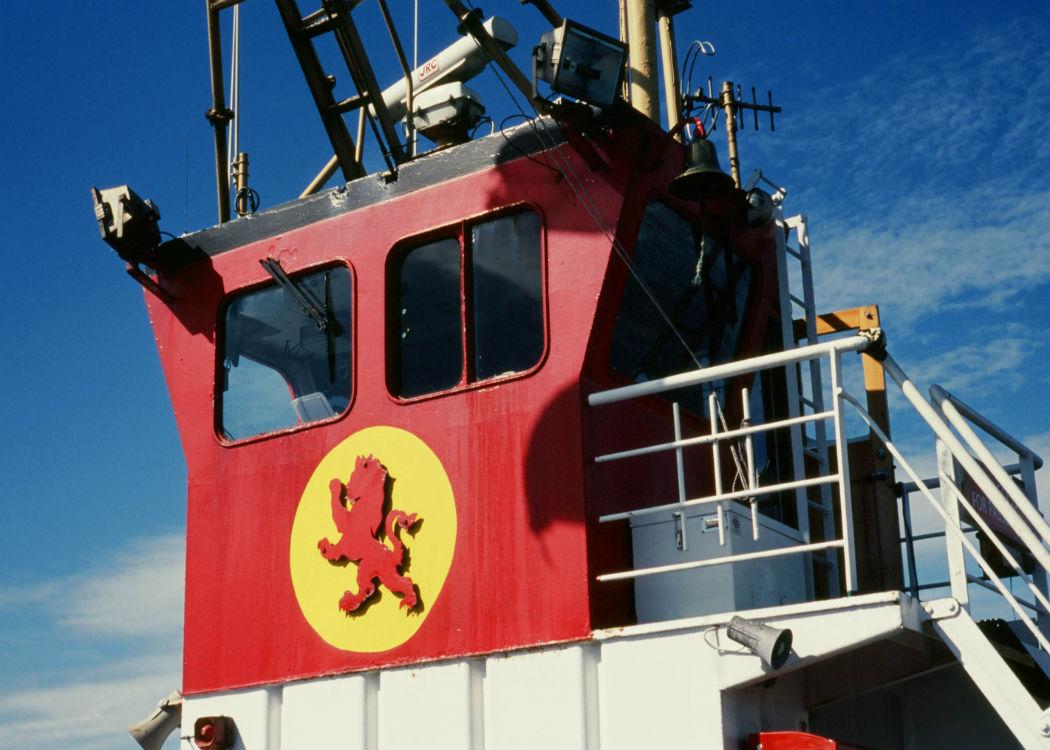 RMT PRESIDENT SEAN HOYLE has warned that SNP leader Nicola Sturgeon will be seen as “no better than the Tories” if she treats the Scottish people with “disrespect” by selling off the Inner and Outer Hebrides ferry service to a private company.

Hoyle made the comments after to CommonSpace reporter David Thomson after Nicola Sturgeon’s speech to the annual STUC conference in Dundee was interrupted by trade unionists protesting over fears that the service, currently controlled by Caledonian MacBrayne (Calmac), will be handed over to a private economic concern, Serco, after a competitive tendering process in completed.

Calmac belongs to a government owned holding company, and its ferries to some of Scotland’s more precarious island economies is subsidised and protected.

The protest on the conference floor was ordered to stop by STUC president Lawrence Wason. Afterwards Hoyle said: “That was the ideal opportunity, quash it [the tendering process] now. It was an opportunity missed, I think, by herself [Sturgeon].

“If they do now privatise it, everyone will say the first minister is insincere, that they were lied to and treated with disrespect.

Speaking to CommonSpace after her speech was briefly interrupted, Sturgeon said: “Well obviously we are in a tender process right now, we had no option to go out to tender.

“The contract will always be a public service contract and we will always work closely with the unions to protect our lifeline ferry services because the communities they serve rely on them. That is the commitment I will always give to the unions.”

A discussion of the Calmac protest including comment from Sturgeon, Hoyle, Findlay and Labour leader Kezia Dugdale can be hear in CommonSpace reporter David Thomson’s podcast from 15.55 mins

Jeanette Findlay, lecturer in economics at Glasgow University and author of a recent report into the tendering process, told CommonSpace that the case for Serco taking on the ferry contract was weak.
She said: “It absolutely isn’t the case and it never has been that there is an economic case for tendering this service.

The Scottish Government have argued that EU law requires the ferry service to be put out to competitive tender, but Findlay believes that there is a strong case even within the parameters of those laws to justify securing the service for Calmac.

She said: “It is entirely within the rules for them to take in other social and economic factors when you are deciding a tender like that. So if you have, as you do, a public sector company like Calmac which not only provides a very efficient and innovative service…but also provides very good jobs, good pay, good careers for young people from what are otherwise fragile island economies then that can be taken into account and should be.”

The tendering process was initially scheduled to publish its decisions in May 2016 and the RMT have called on the government to release its decision before the Scottish elections, scheduled for 5 May 2016.