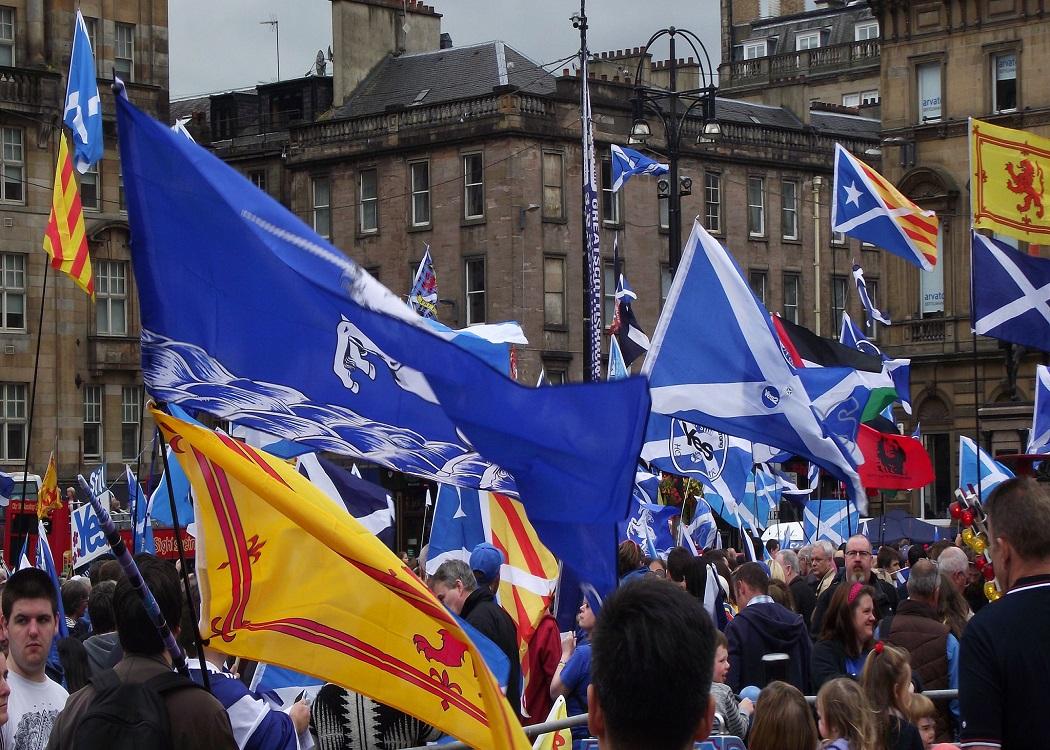 IT is no secret that I am an avid supporter of Scottish independence and that I am a card-carrying member of the Scottish National Party.

I of course, like many fellow independence supporters was disappointed at the result of the referendum but recognise the fantastic opportunity we have to regroup, refocus and design an offering which meets the needs and aspirations of the people of Scotland.

Scotland was politically energised by the referendum and regardless of which way you decided to vote, lasting and fundamental change took place and Scotland will never be the same.

I strongly believe our position within the union is untenable and Scotland will gain her independence, but we must work together to make it happen.

Both the Yes and Better Together campaigners found and took their respective policy positions and in the run up to the referendum we saw each and every claim examined by an army of armchair analysts with, thanks to social media, an almost contemporaneous commentary.

The electorate used social media to interrogate data, test the conviction of politicians and debunk myths and assertions which ordinarily would fall to the mainstream media, each outlet with their own established bias. We witnessed engagement at never before seen levels with local and regional meetings and rallies amplifying support for their respective campaigns.

Each campaign had its own unique personality and its own mix of political heavyweights to boot; the Yes campaign was more positive, upbeat and fresh; whereas the Better Together (or No campaign) concentrated on a predominantly negative message with a mix of carefully curated stories to ‘scare’ voters in what was to be colloquially known as ‘Project Fear’.

The No campaign consisted of the main unionist parties bolstered by the traditionally bipolar British press.

In the months since the question was put to the Scottish people, we have witnessed an electoral landslide with Scotland returning 56 SNP MPs, but this hasn’t stopped the continual posturing and wordplay by the Tories and they are carrying on regardless.

In order for us to progress to a point when we can put the question back before the Scottish people, we need to foster an environment where dissenting voices can be heard alongside those in agreement.

I strongly believe our position within the union is untenable and Scotland will gain her independence, but we must work together to make it happen. There are ‘Yes’ groups the length and breadth of Scotland, a number of special interest or focused independence-supporting organisations and the Scottish political parties (SNP, Green Party, Rise, SSP and Solidarity) who all offer refuge to those who support Scottish independence.

We have a strong community online who keep in contact using social media and who organise and attend local and regional events and meetings to help keep independence on the radar.

I attended a Hope Over Fear rally in Glasgow on Saturday and was struck by the carnival atmosphere, the strong sense of fidelity and the sense of national pride which exuded from George Square and filled the streets surrounding it.

While at the event I was alerted to an issue having occurred earlier in the day, in relation to access for journalists and a number of friends who knew I was at the event contacted me to ascertain if the press had been turned away by the event organisers as was being reported.

It became clear that some journalists in attendance felt undue restriction had been placed on their participation and access to a safe space for photographers and for the purpose of commentary was denied or limited to strict time-slots.

While the mainstream press is undoubtedly a mixed bag, it is unsensational to imagine a journalist unfriendly or unconvinced to your cause seeking to attend a public event in a public place for the purposes of collecting information and reporting the news.

We mustn’t operate in a vacuum with only carefully screened or sanitised participants taking an active role, as to do so will only harm our cause and project a warped snapshot of opinion.

It is important to create an environment where journalists are encouraged to attend and are provided with a safe space for collecting information, taking photographs and obtaining comment or commentary on your event from attendees.

To fail to provide this will only harm your cause in the long run and will limit the coverage (however biased) your event receives. These events should be a safe and courageous space for all journalists to attend regardless of their connection to undesirable or unhelpful stories, people or organisations.

In order for us to progress to a point when we can put the question back before the Scottish people, we need to foster an environment where dissenting voices can be heard alongside those in agreement.

We mustn’t operate in a vacuum with only carefully screened or sanitised participants taking an active role, as to do so will only harm our cause and project a warped snapshot of opinion.

Some discussions of the event on social media have laid bare the fractured personal relationships between a few individuals and organisations and have resulted in the discussions taking a very personal and unhelpful turn.

In all walks of life we have to work with people we may not like personally or people whose political ideology is at odds with our own and to achieve our overall aim of independence, this can be no different.

We have to unite for the common good and park the desire or eagerness to engage in personality politics.

We have to unite for the common good and park the desire or eagerness to engage in personality politics. As the saying goes, it takes all sorts to make the world go round.

If we can work together we can stimulate a national conversation and get ordinary people up and down the country talking about what an independent Scotland should look like.

Without this joined-up working we risk pulling in different directions and ultimately missing the mark entirely. Lets all work together and ensure we can give the people of Scotland the chance to be architects of their own destiny.