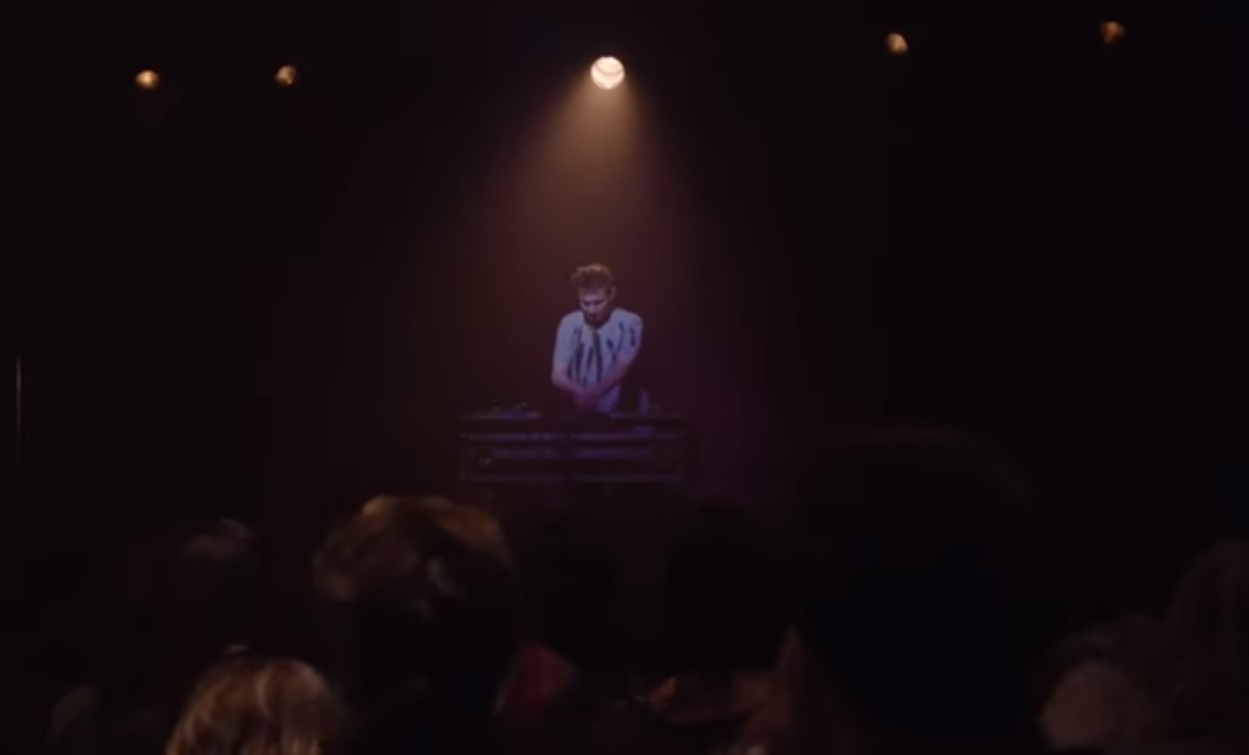 ALONGSIDE boundary-pushing visuals, bewildering structures and an entirely subversive approach that refuted Hollywood’s standards in order to make films that must be thoroughly dissected and unravelled; the other great artistic love in David Lynch’s life is unquestionably music.

At times used to disconcert, uplift or even to throw the viewer off the scent of what awaits just around the corner, the surrealist world which we temporarily inhabit while viewing his work has long been filled with wondrous soundscapes and auditory detours that are pivotal to what’s being seen on-screen.

The onus placed on sound in his films has been evident all the way through his career; beginning with Eraserhead and his role in its sound design process, and the Bobby Vinton indebted title of Blue Velvet, all the way through to his last feature, Inland Empire, in which he can be heard singing an original composition known as Ghost Of Life.

Not discounting the haunting blues and electronica of his two solo albums (2011’s Crazy Clown Time and 2013’s The Big Dream), The pivotal importance of the art form to the Montana-born renaissance man can best be summarised in his own words:

“Music as background to me becomes like a mosquito, an insect. In the studio we have big speakers, and to me that’s the way music should be listened to. When I listen to music, I want to just listen to music.”

When the return of Lynch and Mark Frost’s seminal television show Twin Peaks was announced in October 2014, long-time fans no doubt heard the expertly crafted work of composer and long-time Lynch collaborator Angelo Badalamenti that became so synonymous with the sleepy yet sordid town bellowing in their minds.

Filled with disjointed, borderline manic jazz and austere, piano-led beauty, the original series’ soundtrack became a benchmark for just how much music can come to the foreground and set the tone just as much as any visuals that are displayed.

As if ever there was any doubt, Badalamenti’s gorgeous compositions and newly-created work has made its presence felt in the series since it returned on 21 May for what has been a thrilling and beguiling limited run thus far.

However, it must be pointed out that his contributions are no longer the focal point in the same omnipresent manner that they once were. While there is no way to deny that the newly created Farewell Theme that he delivered for a crucial moment in episode six is indicative of both his undiminished talent and the creative hive-mind that he and Lynch share, the most important musical moments have all come courtesy of the steady stream of contemporary bands that have made their way to the town.

Curated by the director himself alongside Dean Hurley, a composer in his own right, and Lynch’s musical director since the Inland Empire era, each episode has featured a sojourn back to the classic locale of The Roadhouse from the original season and there’s always a surprise waiting upon arrival.

Stood on the very stage where enduring Lynch associate Julee Cruise performed Falling and The Nightingale from Badalamenti’s score, the dank and dimly lit waterhole that is also known as The Bang Bang Bar now plays host to a diverse cast of music’s best and brightest.

This new motif was established right from the outset of its return, with none other than Portland, Oregon’s Chromatics. Veritable pioneers and the crown jewel of the Italians Do It Better collective, the band have been maintaining a very low profile in recent years; save for an occasional solo offering from Johnny Jewel, and it was even rumoured that their long-awaited fifth album, Dear Tommy, was destroyed and would never see the light of day.

Although it was vaguely teased by Echo Park Records in March, the sight of the band performing their most recent single, Shadow, under the watchful eyes of returning characters James Hurley and Shelly Johnson was not only almost absurd but also wonderful in that it reaffirmed that an elusive and tempestuous band had returned to our lives.

As the credits began to roll, all other action subsided and the cameras focused entirely on the four piece as they made it through their newest synth-pop gem.

Since this initial instance of a real band crossing over into the Lynchian hyper-reality, part of the fun of watching the new series has been waiting to see what band will grace the murky venue as proceedings draw to a close for another week.

Spanning all genres, niches and age ranges, Lynch and Hurley have not disappointed in the pursuit of bringing venerable talent to the roadhouse stage.

Among those who have had their moment to shine in front of worldwide TV audiences since the show’s return are New York dream-poppers Au Revoir Simone (on two separate occasions, no less), singer/songwriter Sharon Von Etten, folk pop outfit The Cactus Blossoms and industrial icons Nine Inch Nails.

In an incredibly unexpected turn of events, Glasgow’s Hudson Mohawke found himself onstage during the latest episode and used this opportunity to actually debut a never-before-heard track known as Human.

The only inclusion on the roster of artists that may have fans turning their nose up would be that of Trouble, a band comprised of aforementioned musical director Dean Hurley, Lynch’s own son Riley Lynch and Dirty Beaches’ Alex Zhang Huntai.

As we all know, the music business can be a very nepotistic place and it’s often a case of who you know rather than what you’re capable of. With that said, it’s hard to imagine that anyone who watched them perform the riveting, sax-laden psych rock of Snake Eyes with an objective set of ears and eyes would believe it to be anything less than in keeping with the show’s aesthetic and therefore incredibly worthy of inclusion.

Trent Reznor’s globe-trotting purveyors of dissonance and, to an extent, Chromatics aside, the common thread with all of these artists is that their performance in the roadhouse is undoubtedly the most blatant and explicit exposure that they’ve ever had to a mainstream audience during the course of their careers.

In an era where Later… With Jools Holland and restrained and fiercely-censored performances on American talk shows are the only chance that young aspiring artists have to engage with consumers through the medium of television, Lynch has coyly provided an alternative that will give them the platform that they need to move on to the next juncture of their careers.

This is epitomised by Hudson Mohawke’s decision to not merely appear and lend an established song, but actually debut previously unheard material on the major TV show. Given how wide and far-reaching the platform is, ‘Hudmo’ rightfully made the decision to provide his appearance with an added sense of occasion and it would be surprising if the eventual emergence of Human in its completed form doesn’t benefit from its alignment with Twin Peaks.

As opposed to utilising these bands’ material as perfunctory background music in a crowded bar, the camera lingers on the artists and the volume rarely dissipates to any great degree to make way for dialogue.

Clarified by the man himself in the previously-cited quote, he has decided to place an unflinching focus on the music itself during these climactic scenes and it prevents what the audience hears from fading into that mosquito-like insignificance that he so openly reviles.

Placed against a minimalistic background and swathed in atmospheric stage lighting, these appearances have the ability to transcend the supernatural realm of Twin Peaks and become an integral cog in bringing these bands to a new plateau and could serve as iconic images of the artists in their prime.

Now at the halfway point in the new series, it remains incredibly heartening to see such stellar talent be rewarded, profiled and aided by their association with a legendary TV series and an absolute visionary that has never wavered in his commitment to music.