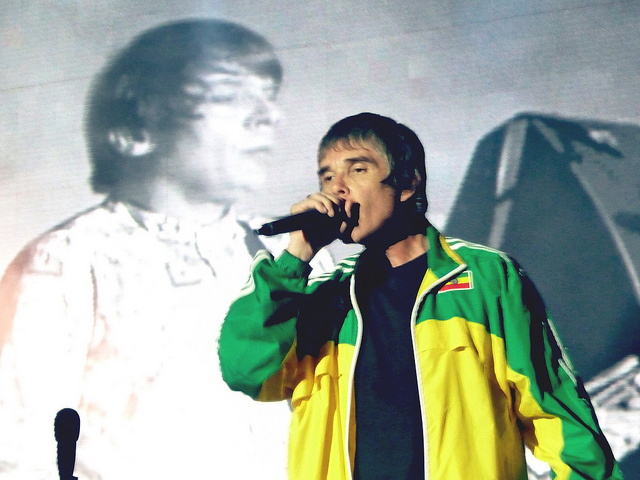 ASIDE from a few notorious holdouts, it seems as though any band which was once thought to be laid to rest is now liable to make a comeback in some form or another.

No matter how acrimonious and seemingly irreparable their eventual split may have been, many artists that had once proclaimed a project that had helped make their name to be dead and buried have now dusted off the old setlists and made untold fortunes in the process.

Within this current climate, bands that choose to reform can do so to massive fanfare and, as is to be expected, considerable paydays and top billing at any number of the world’s festivals.

Within this current climate, bands that choose to reform can do so to massive fanfare and, as is to be expected, considerable paydays and top billing at any number of the world’s festivals.

A phenomenon that has been slowly morphing into a regular occurrence ever since the late noughties when bands ranging from Britpop icons Blur to tabloid controversy-courting garage rockers The Libertines netted massive paydays in order to play what were billed as ‘one off’ shows, it seems that the music industry is now well and truly beset by a reunion culture that dominates news outlets and social media channels at every turn.

While it may be worthwhile for some bands which perhaps did not receive the plaudits that they perhaps deserved in their heyday – a prime would include the pioneering ‘shoegaze’ bands such as Slowdive, My Bloody Valentine and Lush that were largely vilified by critics in  the 1990s but are now seen as highly influential – too many of these reunions resonate as hollow, fruitless cash grabs designed to exploit the adoration and nostalgia of the fans rather than provide them with the band in question’s next evolution.

In the wake of such an oversaturation of reunions, it is often disconcerting to consider what message this sends out to bands that, while critically acclaimed and moderately successful, have never quite attained the levels of fame that they had perhaps envisioned when they set on their voyage into the music industry.

As if to perfectly encapsulate this niggling fear about the possible detrimental effect that this trend may have upon the mindset of a cult group who’ve perhaps dreamed of more, some recent comments made by LCD Soundsystem’s frontman James Murphy have certainly sparked a degree of discontent and alarm in both fans and pundits alike.

Speaking in reference to their 2011 farewell show at Madison Square Garden that was captured for posterity in the concert film Shut Up And Play The Hits, the architect behind DFA Records’ most revered export has alluded to the fact that the show’s marketing may have been a product of the daunting task that is selling out a venue of that magnitude: “My theory was, if I make it our last show, we’ll sell it out in two weeks […] It wasn’t a total lark, but it was a bit larky […] But I like making decisions. I find it easy.”

It is often disconcerting to consider what message this sends out to bands that have never quite attained the levels of fame that they had perhaps envisioned when they set on their voyage into the music industry.

Now; a mere six years on from the band’s grand curtain call and a litany of reunion shows later, we are preparing to receive their fourth studio album, American Dream, and another tour that is sure to cement their place at the forefront of 2017’s musical headlines.

Although the dance-rock outfit have long asserted that their demise was on the cards before the MSG show was booked, and the forthcoming release of their new record has ensured that it isn’t just a “victory lap” as Murphy had assured fans at the time, there is something about his offhand statement that casts a level of disingenuousness over their hiatus.

Another case study which many have viewed as endemic of the new tendency to reunite for financial gain rather than artistic merit is that of ‘Madchester’ heroes and one-time indie rock trailblazers The Stone Roses.

Reconvening in 2011 after their less than amicable break up at the apex of their career in the mid 1990s, it was a move that latently flew in the face of John Squire’s previous claims that he had “no desire whatsoever to desecrate the grave of the seminal Manchester pop group” just two years prior.

Six years, several lucrative tour, festival headline performances and two lukewarm singles in All For One and Beautiful Thing (the latter of which they never even performed live) later, it now once again appears that they have reached their logical conclusion with Ian Brown telling fans at Glasgow’s Hampden Park to not be “sad that it’s over, be happy that it happened” to a chorus of adoring cheers.

Cheapening a band’s legacy or cultural importance purely for monetary benefit while the spotlight is simultaneously detracted from those making new material should be avoided.

Given just how much money they would’ve made over the course of their resurgence – including a rumoured £16.5m from their Heaton Park shows in 2012 alone, without ever providing the mythical third album that fans were promised – it is hard not cast doubt over the permanence of their decision as their fanbase’s ravenous love and open wallets may coax them back onstage whenever it’s deemed time to add to their already vast fortunes.

While no-one would ever deride any musician for making money in an industry where doing so is becoming increasingly strenuous, what should be avoided or at the very least deterred is the cheapening of a band’s legacy or cultural importance purely for monetary benefit while the spotlight is simultaneously being detracted from those that are continuing to make new and innovative material.

One of the few modern bands that have attained fully fledged arena-level fame in recent years after producing four ferociously imaginative and distinct albums, this overreliance on reunions as contrived ‘moments’ for music fans was almost foretold by Foals’ frontman Yannis Philipakkis in a 2012 interview and it is a sentiment which many groups would happily echo to this day.

“There’s a big problem with old bands who always occupy the top slots at festivals,” he said. “More heritage names reform every year, which only makes it worse. It really limits bands of our generation. We don’t get a fair chance to headline, because the slots are reserved for the same old names.

“You get people in their late 30s going to festivals, in their dungarees with a couple of kids, wanting to relive their adolescence, pretending they’re baggy again by watching The Stone Roses.

Concert-goers must be more wary of those who are all too happy to commandeer bills and column inches that could be given to those who are pushing music forward.

“They aren’t in touch with what’s going on now. I’m bored of seeing some dude from the 90s headline, it means nothing to me.”

When viewed in conjunction with the flippancy and impunity with which Murphy rebuked the importance of LCD Soundystem’s final show and the rapid ascendancy to the top of festival bills that they’ve experienced in the wake of their comeback, it is safe to say that Yannis’ fears about the continued onslaught of “heritage bands” was more than justified at the time.

It would be entirely unfair to suggest that all artists who make the decision to pick up from where they left off have done so with any nefarious means or in an attempt to dupe fans or deprive the next wave of burgeoning talent.

In fact, LCD Soundsystem’s own Nancy Whang was very candid and open when discussing the intermingling of economic prosperity and artistry when she claimed: “It’s crass to say that it was about the money, but it would be insincere to say that wasn’t part of it.”

In a similarly dichotomous fashion, you would only need to look as far as the aforementioned Libertines’ heartening model of bringing up-and-coming new bands such as Trampolene and Yonaka on their current ‘seaside’ tour as a testament to the fact that bands from previous generations do not necessarily wish to ransack the industry without giving back to the future.

However, what both concert-goers and the industry at large must be more wary of is those who are all too happy to commandeer bills and column inches that could be given to those who are pushing music forward as opposed to resting on their laurels and yet discouragingly reaping the lion’s share of the rewards and mainstream attention.

With LCD Soundystem’s long-awaited new album now upon us, the jury is still out on whether ‘American Dream’  will endure and inspire in the same manner as their lauded work but we can only hope that it confirms the good intentions that they’d initially espoused and isn’t swiftly forgotten in favour of a setlist steeped in the glorious past that they claimed they wouldn’t be relying on.