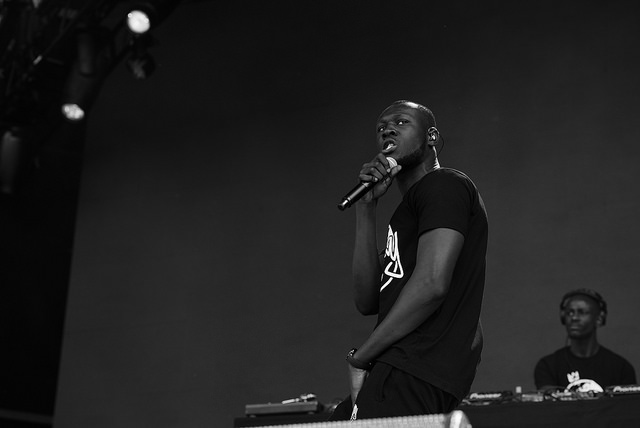 CommonSpace music critic Robert Blair looks at the changing face of the UK festival line-ups, and asks whether we are finally seeing the end of festival domination by bands that were big 20 years ago but now are increasingly unrepresentative of a new, more diverse, music scene

FROM Glastonbury, The Isle Of Wight and Bestival to the newly minted TRNSMT, there are few things that make all that is so integral to life about music more apparent than the festival season. Second to none in providing people of all ages and denominations a chance to shed the drudgery of their day-to-day existence in favour of a weekend full of exaltation and unmatched camaraderie, it’s no mere coincidence that attendance at these large-scale outdoor events has been on the rise since 2012.

Glowing praise for the institution of the UK festival aside, there are ingrained problems and attitudes that unquestionably need to be addressed. While their collective status among the crowning glories of the UK’s entertainment industry is secure and they continue to attract thousands upon thousands of revellers every year, there’s something that is slightly amiss with the bills at these events and it is now strikingly clear as this summer’s schedule unfolds.

When viewed in conjunction with the UK-based artists that have self-assuredly set the heather on fire and captured the world’s attention over the last 12 months and those that remained at the upper deck of festival bills, a clear and easily quantified disconnect emerges. Whilst the UK’s grime exports and a succession of similarly outward-looking acts have transcended any preconceived boundaries that have been placed in front of them in recent times, the presence of the bands that haunt festival’s premier slots like an outdated spectre have refused to relinquish their lofty position.

Perhaps deemed to be an insurance policy of sorts for those operating in an increasingly crowded marketplace, a study published by UK Music’s Diversity Task Force has yielded some disconcerting results about the rampant misrepresentation that is synonymous with Britain’s festivals on a yearly basis.

Comparing 2017’s headlining slots to that of the same events 10 years ago, their findings have indicated that six in seven of all bill-topping sets are  provided by acts comprised entirely of males and only a third of headliners feature at least one performer that is black, asian or minority ethnic.

This study and those that have adopted it as evidence of a persistent problem have been greeted by cynical cries of ‘it’s about talent, not ethnicity or gender’ from some less enlightened sections of the scene. This would only be in any way valid if these all white male guitar bands still held sway over popular culture in the same far-reaching manner as they did during indie rock’s mid-2000’s resurgence. To promulgate that a Kasabian, Kings Of Leon, Foo Fighters or Muse headline set is any accurate representation of what is steering the musical narrative would be to act as if  there has been no real paradigm shift since the days in which a succession of guitar-laden anthems were the rallying cry of the youth.

In reality, the kind of arms-aloft anthems that bands such as Kasabian – whose most recent album ‘For Crying Out Loud’ is widely regarded as their patchiest body of work to date – trade in have been continually marginalised and at times ridiculed by large sections of the music buying public, while artists from genres that were once seen as more of a niche market have risen to prominence.

As cited alongside UK Music’s discovery in regards to the continued prevalence of the rock ‘n’ roll mainstays, this disparity is made all the more shocking when over half of this year’s number 1 singles have been performed by BAME artists. Similarly, this year’s Mercury Prize nominations echoes the prolific nature of artists who have evolved from spheres such as hip-hop, dance and others as opposed to the archetypal band set-up. A shortlist which contains The XX, Sampha, Kate Tempest, Loyle Carner, J Hus and others reflects the true eclecticism that is emanating from the UK and infiltrating the heart and minds of music lovers from all over the world.

With this in mind, it is becoming increasingly evident that it is not all despair and the criterion that dictates which artists are permitted to ascend to the highest peaks of festival bills are beginning to be overhauled. As Festival Insights’ Michael Baker has made clear in response to UK Music’s findings, “to promote diversity, festival organisers need to foster and promote emerging talent”. It is evident that many of the artists that are granted the opportunity to prove their mettle have done just that. In light of all the internet buzz that surrounds festival sets and the artists that have consequentially benefited from these being published or discussed online, there are several acts that have truly grasped the opportunity to grace these daunting stages and proven why they could well be viewed in the same immovable status as the sacred cows that have clung on to headlining slots with an iron first.

A hero in the eyes of his legions of adoring supporters and a prime example of how pivotal embracing new forms of media and fan interaction can be to cultivating a real foothold in the industry, few people have had as illustrious a 2017 as London-based MC Stormzy. The product of a meteoric rise since the ever-present ‘Shut Up’ was unleashed upon the world, his place in the modern industry’s greener pastures was solidified by the release of his debut album Gang Signs And Prayer and the material which resides on it was the launchpad for some of the most talked about festival sets of the year. Whether it was his fiery performance at this year’s Glastonbury or the near riot that the album’s lead single ‘Big For Your Boots’ incited when it was performed at the inaugural edition of TRSNMT in Glasgow Green, he now joins grime contemporary Skepta among the UK’s biggest stars and seems more than capable of taking pride of place at the top of a bill in the coming years.

An artist that has had a career that the two aforementioned stars would view as inspirational and vital to grime’s emergence as an unflinching force in British music, UK hip-hop lynchpin Dizzee Rascal has been a vocal advocate of overthrowing the festival hierarchy and has claimed that artists such as Radiohead and Gorillaz did not get anywhere near the sort of cathartic reaction as he did when performing on the same day. Stepping up to the plate this year with headline sets at Outlook Festival and the upcoming Electric Fields festival in Dumfries & Galloway, it almost seems that his placement in these prominent slots whilst on the midst of a career renaissance could be seen as a trial run in discovering whether the grassroots movement that has propelled grime to the forefront of public consciousness can translate to top billing at such an event.

“While it will likely be years before the old guard is willing to finally give up their perch, it seems as though the amount of talent that is making their presence felt and latching on to opportunity is beginning to encroach upon their safe haven.”

A lyrical talent like no other and one of the most brash and outspoken voices that we have in a landscape where all too many artists move with self-serving trepidation, Kate Tempest’s appearances at this year’s festivals have courted a great deal of attention. Famed for her visceral brand of spoken word and hip-hop, her a cappella performance of a new piece at Glastonbury which took direct aim at Theresa May, the Tory government and their unbending cruelty was presented as genuine news and the hype which has bubbled around every appearance that has followed suggests that perhaps people are looking for something a bit less sterile and safe at the top end of festival bills.

Although notably absent from massive outdoor stages over the course of this year, it will be interesting to see where the returning Wolf Alice find themselves positioned on line-ups in 2018. Fronted by the enigmatic Ellie Rowsell, the band have made the unorthodox decision to not merely capitalise on the success of their debut album by exploring a similar sound but have subverted away from it on a new album that seems poised to be more angry, radical and socially conscious than we have ever seen them before. With their sophomore effort Visions Of A Life scheduled for release in September, their upcoming UK tour (which includes two shows at the internationally revered Barrowland Ballroom) is broadly sold out and demonstrates an insatiable appetite for this group that festival bookers would be wise to acknowledge.

While it will likely be years before the old guard is willing to finally give up their perch, it seems as though the amount of talent that is making their presence felt and latching on to opportunity is beginning to encroach upon their safe haven. With all of the progress that’s been made from artists of all ethnicities and genders over the course of 2017, all signs would suggest that the persisting figures of misrepresentation will be addressed in some form as the lengthy booking process gets underway.