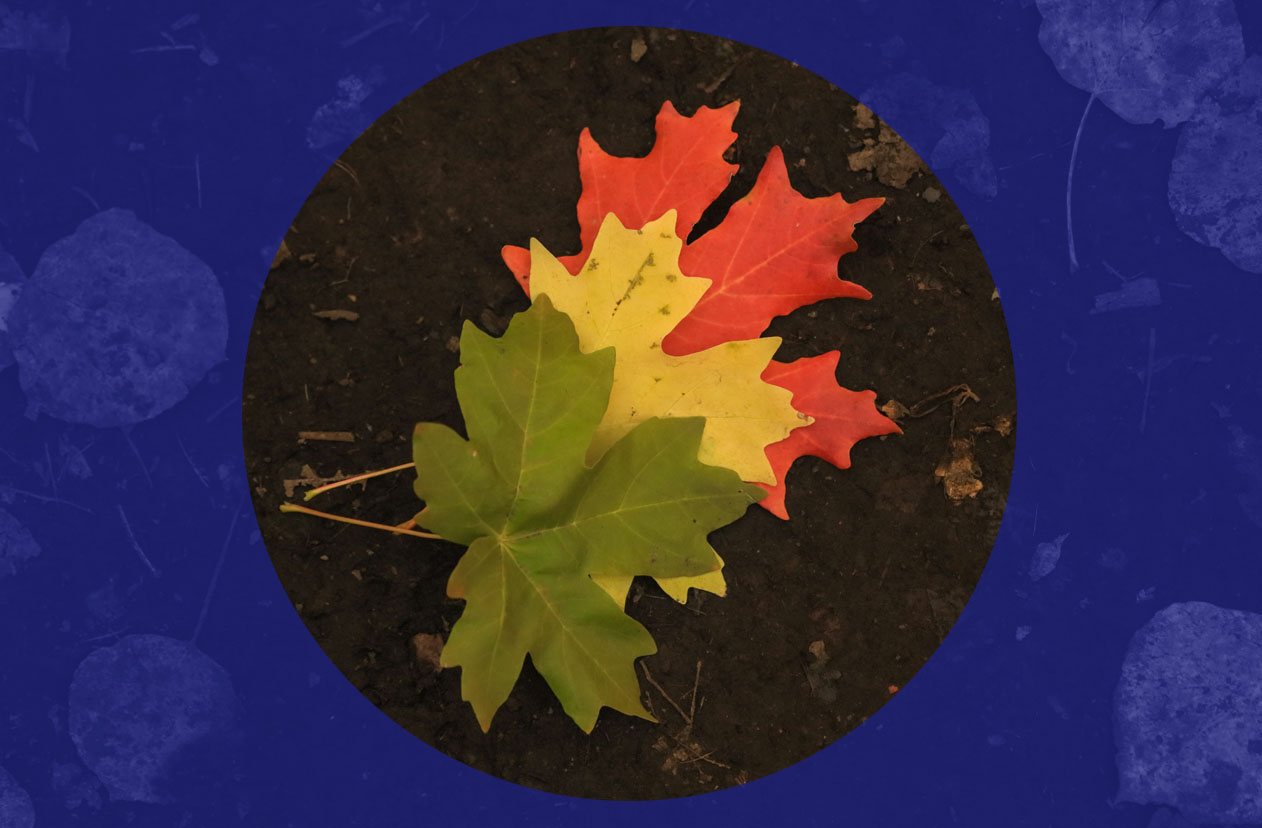 “We need to move on and get past the stagnation of thinking which has held us in its grip for years now. If we’re brave and accept these problems, we can. But if those in power cling to the stagnation in fear that recognising they got these things wrong will be a sign of weakness, then 2021 will be wasted.”

THE YEAR 2021 should be a crucial one for the independence movement – but I really fear that we’re going to muck it up again. It should be the year we move out of the slogans and memes we’ve lived in and start taking the issues more seriously. But sadly, it looks like internal conflict is more likely. It’s not too late to make this year count – but it soon will be.

What I definitely don’t mean is that there is any likelihood of an independence referendum, because there just isn’t. If the election goes ahead as it should, by October the SNP leadership won’t have any soundbites left. The UK is going to knock us back and at that point there will be nowhere to hide.

That is one of the three big transitions we need to make – from a ‘get through the day’ leadership tactic to a properly fleshed-out strategy for getting to independence.

For the stragglers who still think this is going to be a referendum year, this will be painful – but they’re going to have to bear that pain sooner or later. We’ve lived in this myth for too long, and from where I’m sitting it has done far too much damage.

The second is that the overwhelming majority of the movement who now want to see the back of the Growth Commission need to exert their power over the small number at the top who are clinging to it like a life-raft.

It makes for an odd life-raft. For the umpteenth time, if you’ve not seen the first minister flounder awfully when trying to answer some basic questions on it, you should go and do that right now. If you have argued that ‘well, she doesn’t need to know all the detail’, you should go straight to this cringeworthy footage of the report’s author being unable to put up a coherent defence either.

By a million miles, the most consistent and effective attack against independence is now to quote back the contents of the Growth Commission to us. It really does say austerity will be essential. It really does say it’ll take 25 years to reach economic parity with normal independent countries. And it really does prevent EU membership. These are facts on the ground.

It is now almost impossible to find anyone willing to defend it except those who expended their credibility to get it passed. The reason they cling to it seems to me to be that they fear their credibility will sink with the report. I don’t know if that’s true, but I don’t care – their ego matters significantly less to me than Scottish independence.

So far, I don’t think any of this is really controversial. There are not many properly informed people whom I respect that haven’t arrived at these conclusions by themselves (even if, out of loyalty, they don’t say it). The third issue is harder, because on this, people I do respect will find difficulty.

It’s about the EU. Before you switch off and tell yourself I’m just another leftie who is going to throw the word ‘neoliberal’ around, pause for a second to see exactly what I’m getting at.

Yes, the EU really is a market fundamentalist organisation. And yes, it really is guilty of the many social and economic ills it has created as a result. Blaming Greece or Spain or Italy or Covid or low-pay workers across the continent for the patent failures of the EU is cowardly. The EU made all of these crises much, much worse.

And please don’t recite the list of things the EU is supposed to have achieved, because an enormous number of the social and environmental ‘protections’ did little more than take the edge of the devastating impacts of precisely the hardcore free-market policies it has imposed so vigorously.

Now I know a lot of you believe that ‘rejoining the EU’ is our trump card, but I want to challenge that quite strongly. First, I think you’ll find that much of that sentiment will fade in fairly short order. The bluff of the catastrophe-merchants at the extremes of the Remain movement is now being called, and I suspect we’ll adapt to our new status quite quickly.

But it’s not even that which is the problem. The problem is that the independence movement is still living in a fairytale version of ‘rejoin’. It is based on something that I always thought was pretty fraudulent – what I’ll call the ‘continuity mirage’.

The continuity mirage was based on statements made by the first minister quickly after the Brexit vote, and as with so much in the independence movement, they have become a kind of article of faith for the loyal. It went like this…

First, Scotland would hold and win a referendum within two years of the Brexit vote, leaving us about 12 months to A) negotiate a complete secession deal with the UK, B) negotiate an unprecedented ‘continuity membership’ agreement with the EU outside of all the usual accession rules but still ratified by all member-states, and C) cede and become ‘independent in Europe’.

I’m not saying that was all technically impossible. I’m saying the chances of any individual bit of it happening were vanishingly small – and so delivering all of it to an insanely tight schedule? It was never going to happen.

But this idea (membership without accession) has lodged in many people’s minds. It now needs to be dislodged, because it simply didn’t happen. We are a region of a nation outside the EU and becoming a nation will put us into an accession mode. I suppose in theory the EU could make some kind of exception, but yet again that isn’t going to happen.

At this point, I therefore need to highlight a couple of elements of what accession means. We need to build well over 20 EU-compliant regulatory institutions. We need to start a currency and create a central bank. We need to do this (and more, like ensuring all new EU directives are implemented fully in domestic law) before formally entering the accession process.

At that point we need to join the EEA, go through the three year standard accession period – and then have our membership fully ratified by all individual member states.

(Common Weal went over all this ground in How To Start A New Country, and some pro-EU voices have criticised our EFTA-EEA-EU strategy which I’ll come to below, claiming the EEA membership is a distraction. It is alarming that they aren’t aware that joining the EEA is a precondition for joining the EU.)

All of the above is doable; the problem lies in the next bit – we need to meet all the fiscal and monetary rules for accession before any of this can start. It is worth just noting that the Growth Commission expects ten years of pretty savage spending cuts to get there, on which I at least credit it for directness (though points deducted for not realising you need your own currency too…)

The problem is that this hasn’t been part of the ‘join the EU’ debate up to this point, precisely because we’re still living in the continuity mirage. When it is, the necessary fiscal constraints will make many think twice about the urgency of rejoining. Doing it in a couple of years would be brutal.

Now having been a bit doomy about this, let me repeat that Common Weal has set out a strategy. First, join EFTA – it’s not a lot of the way there, but it has some benefits and signals intent. While doing this, get finances in order not by slashing public budgets but through a major (and rapid) economic stimulus. I’ve explained how to do this via a Green New Deal before.

Remember, Scotland is a regional economy and accession rules assume a normal nation-state. There’s nothing fundamentally wrong with our economy for joining the EU but the transition from a regional economy to a national one won’t happen overnight – without additional intervention.

We could potentially get finances in shape in three or four years (my best guess) if we really pushed an effective Green New Deal industrial strategy. (Ironically, getting there would involve breaking EU state aid and procurement laws but that process would be over pre-accession so isn’t a barrier – and its what many of the other member states did anyway…)

Then we could join the EEA. Indeed, it might be possible to join earlier if we can negotiate effectively (the rules for joining the EEA are less stringent than for full membership). At that point I’d personally stop (i.e. the Norway position) and catch our breath to see where things are. But if we wanted we could press on to full accession (though it does bring a bit more pain…).

I’m telling you all this to show that we need to transition out of the continuity mirage and into reality and to show this won’t be easy for everyone but that it can be done. It is the third big transition I think we need to make – certainly we need some kind of coherent position on accession.

So we may not be getting an independence referendum this year but in my view that is a godsend because we’ve got a helluva lot to do first. I go on a lot about the failure of the movement to take itself seriously by really getting into this nitty gritty but make no apologies at all for so doing. Brexit must surely have shown that wishful thinking is no substitute for coherent thinking.

We will have time on our hands in 2021. We could use it to get our three transitions right – away from the Growth Commission, away from the ‘referendum next week’ non-strategy and into a workable position on Scotland’s relationship to Europe.

Will it happen? I fear not. All three of these positions are ultimately the work of the first minister – she commissioned the Growth Commission and forced it through as policy, she created the continuity mirage through media statements, and the ‘referendum next week’ problem has hung round our neck since she injudiciously created it on that fateful Brexit morn.

I’d like to say I have any hope of an acknowledgement of any of the above from the top of the party. I’d like to hope that the recent party conference would have generated a bit of humility and some willingness to negotiate.

But what I hear is that SNP HQ thinks that the lesson coming out of the conference was that dissents must be crushed harder and control tightened further. When you read what people like Alyn Smith or Pete Wishart view as acceptable public comment on events it certainly looks more like trench warfare than recognition of a need for rapprochement.

We need to move on and get past the stagnation of thinking which has held us in its grip for years now. If we’re brave and accept these problems, we can. But if those in power cling to the stagnation in fear that recognising they got these things wrong will be a sign of weakness, then 2021 will be wasted. Like every other year since 2014.