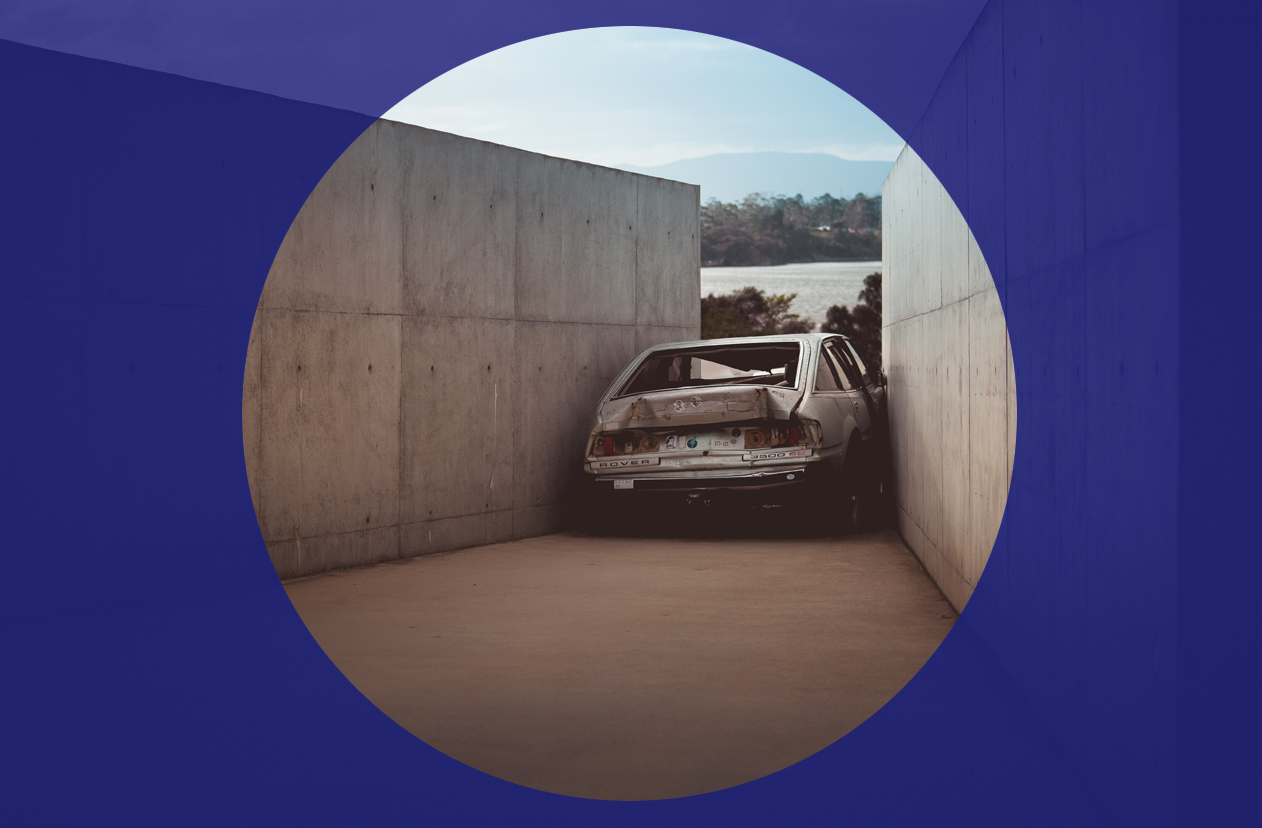 The scale of the SQA mess is, I think, acknowledged by everyone. Of course governments get into policy messes all the time – it’s hardly a unique situation. But this government is producing far too many of them far too fast. The care home crisis, Nikegate, the early failures on Covid-19 control, the blended learning […]

The scale of the SQA mess is, I think, acknowledged by everyone. Of course governments get into policy messes all the time – it’s hardly a unique situation. But this government is producing far too many of them far too fast.

The care home crisis, Nikegate, the early failures on Covid-19 control, the blended learning U-turn; major errors are occurring weeks apart. And yes, these are unprecedented times, but this pattern isn’t a recent phenomenon.

Without the virus we’d be discussing the major problems with the rollout of childcare expansion, the sequential collapse of the whole education agenda over the last four years, the failure to take even the first step towards the prominently announced National Energy Company, the unmissable pattern of private finance initiative failures in infrastructure development – there are far too many examples to choose from.

In fact, when the term ‘omnishambles’ was coined it was to describe a number of much less significant ministerial failures in The Thick of It.

The core reason for the ‘why?’ is ‘message control’. This is a key concept in political PR which really came to the fore in the Blair years and it means that you decide your top-level message first and then you make sure that everything you do reinforces that message.

I sat in rooms in the early Blair years with ‘the grid’ marker-penned onto flip charts, a week of messages pre-planned, all activities coordinated to reinforce that message.

It works brilliantly – in opposition. It becomes a disaster in government. Why? Put simply, stuff happens, and while you can cram your PR into a grid, reality is substantially more voluminous than PR. You cannot control it; if you’re wise you respond to it, if you’re clever you can shape it. If you try to control it, there is only one winner; reality.

But why is the desire for control so reliably the source of disasters? Because for a politician, reality is like a tiger – you can try to tame it or you can find other ways to cohabit. But if you try to tame it and fail, it will eat you.

If you’re trying to control something you’re not adapting to it, so if you fail to control it you will generally face dire consequences. That’s what has happened with the SQA. The Scottish Government decided the ‘message’, the outcome, at the beginning and reality (pupils and their hopes) were squeezed into that message, that outcome. They didn’t fit.

Rather than denying the reality that producing reliable exam results without exams wasn’t possible we should have had a proper, wide-ranging, open-minded debate about what to do. We did our very best at Common Weal – we tried to start a debate about what the alternatives were.

We might as well not have bothered since the decision was pre-ordained. There’s good reason to believe the Scottish Government was not taking soundings on the subject from anyone – remember, the teaching unions and local authorities first heard about the last U-turn (blended learning to reopening schools) on TV after some had closed for the summer. What could possibly go wrong?

So what lies ahead? Oh, so, so much, and a lot of it has disaster written all over it. For example, the ‘message control’ around the private rental housing sector has been shaped purely for lobbyists who have completely captured the government on the issue. The official line is ‘we won’t protect tenants, they should negotiate with their nice landlords’.

Every progressive proposal to protect tenants was voted down by an SNP/Tory coalition at Holyrood. They have now extended the eviction ban (which many landlords appear to be ignoring) until March, but with landlords and lobbyists chewing the ear of civil servants in the non-tenant represented Private Rented Sector Advice Group, we can pretty sure there’s a crisis in the post there as well.

Or let’s take virus control. At the moment Scotland is pursuing a message of ‘elimination’ but a policy which is quite, quite different (open borders without testing is incompatible with elimination and passing the blame on to footballers won’t help you for long). It’s either elimination and we strictly control the borders or it’s control and we need a massive testing regime.

Most developed countries give Scotland a reasons to feel shame over our Covid-19 response, but New Zealand more than most. They have had an elimination strategy and it nearly worked – but not quite. They’ve just announced the mass testing the Scottish Government refuses to consider, and that is even after they nearly eliminated the virus.

The Test and Protect system is nothing like the proposal Common Weal set out, and I fear it won’t prevent a second major upsurge.

Remember when testing was a ‘distraction‘? I know it doesn’t feel it, but that was just a few months ago. The testing regime was a U-turn, ‘elimination’ another one, and I expect that the Scottish Government will have to admit elimination isn’t happening and U-turn on that too. If there is a resurgence and Test and Protect falls over, expect another apology, another promise to do better.

I think that even I have underestimated what is going on. In the first half of the 20th century (and ever since), we completely redesigned the world around us in the shape of a new technology – the automobile. The world was always going to reshape itself around the new dominant technology – the internet.

And right now the Covid-19 crisis looks to be accelerating that shift in remarkable and brutal ways. Let’s put it like this; six months ago you’d be wise to invest in commercial property and today you’d be better putting your money into tulips. Offices, out-of-town shopping, the ‘city centre’ model itserlf – they may not survive much longer. Plus mass unemployment; there’s that too.

It is possible I’m overstating this, but I don’t think I am. I suspect that the structural shock to the Scottish (and world) economy in the decade to come will be much bigger than the 1980s.

And yet if you read the Scottish Government’s official ‘implementation plan’, about 90 per cent of it is in the past tense. Lobbying replaced debate; ‘inadequate to the moment’ doesn’t begin to scratch the surface. It is inconceivable that the government won’t be doing a ‘we got it wrong’ press conference in the not to distant future.

That I’ve written the above after thunderstorms the likes of which I’ve never seen in Scotland and not yet mentioned climate change is in itself telling. At the moment the Scottish Government plans to spend a pitiful £2 billion over the whole of the next parliamentary term on public investment to tackle climate change. What could possibly go wrong?

On that one I suspect a generational outcome which will look less like an apology on the part of our current world leaders and something that looks a lot more damning. At this point inaction is not negligent, it is positively criminal.

I could go on, but I’m not here to be Cassandra; I’m here to propose a future which is something more than a conveyor belt of disasters and apologies. Each of the failures I’ve identified individually can be avoided with a Common Weal approach – Resilient Scotland deals with the economy and social crises, something closer to our TTI plan could enhance Test and Protect, etc.

But much more, I want to propose how to end the conveyor belt. The most important thing is that we need to open up government – this administration has taken ‘black box’ (the space in government were ideas are developed in secret) and imposed it everywhere.

Jack McConnell’s administration was criticised for endless consultations about a hyper-cautious agenda, but in theory (and to be fair, in practice) open consultation was a big part of his era. The Sturgeon era is the era of opaque, appointed commissions and non-communicative agencies. It’s all done in a black box where it can be controlled.

Cabinet Government would help. It is telling that John Swinney (and ministers like Jeane Freeman) were very highly rated and had very successful disaster-free careers prior to joining this administration – there is structural factors at play here. They (and other capable Ministers like Ivan McKee or Ben McPherson) need to reassert control.

But that’s not enough; a good politician can’t construct a good agenda out of bad ideas. The ‘in-house’ model (this is shorthand for policy diktat from the top) needs to be ended and policy-making and governance opened up. I’ve explained on multiple occasions how this can be achieved – this article is probably as good a summary as any.

We need a revitalised, re-energised national political culture. At the outset of the devolution era there was supposed to be a partner body to the Scottish Parliament, a Scottish Civic Forum where the big ideas of the day could be debated and explored outside party politics. We need to look again seriously at what is really starting to look like the wisdom of the ‘founding mothers and fathers’ of Scottish devolution.

And we need to start again with Scotland’s media landscape – there is no commercial business case for quality journalism in Scotland with only gossip and football actually selling (and even then not to anyone under 35). There is no option but to be radical and, again, I’ve got a solid proposal for what to do.

This is the debate I’m straining my sinews to get going in Scotland. Screeching policy disasters may be hitting government in Scotland at a rate faster than they are the Johnson administration (he gets hammered for process as much as outcome). Mess after mess after mess with no end in sight is a terribly corrosive foundation for a democracy.

You can tell yourself that a heartfelt apology makes up for making obvious and predictable mistakes of the scale that destroy lives (in the care homes, ended them). But as more and more people end up on the wrong side of ‘message control’ we will see more anger and disillusionment.

I’m begging everyone – don’t wait until that happens before we do something to fix this.