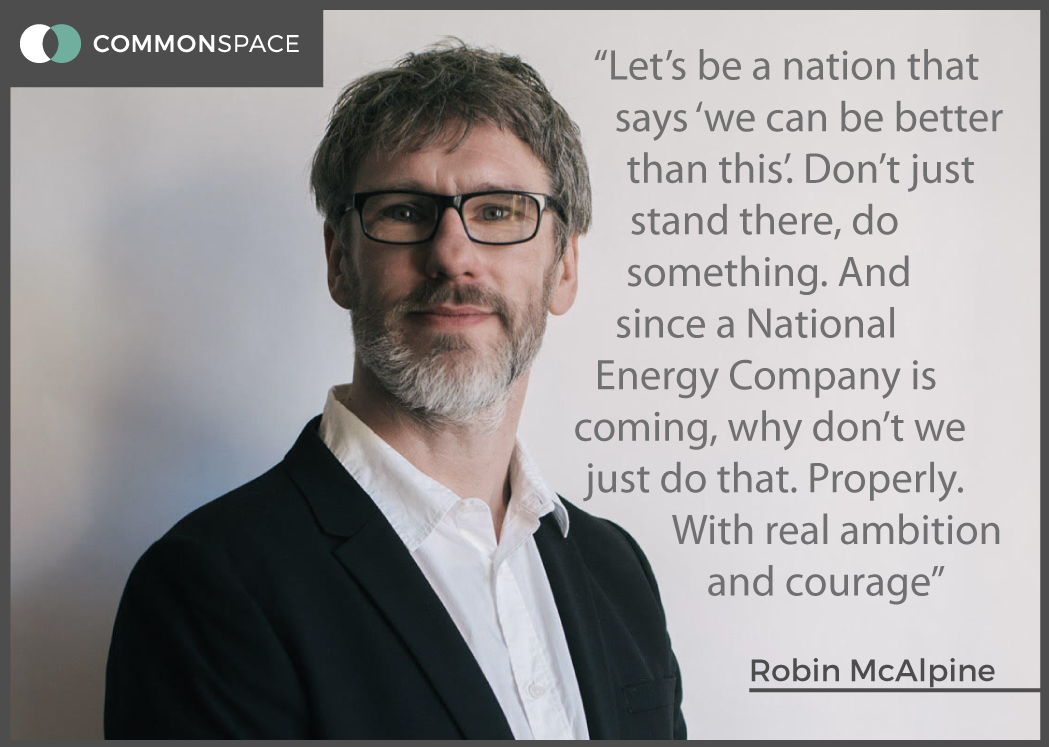 ONE of the most useful lessons I was ever given was very simple – when you’re down in the dumps, do something useful.

We tend to do one of three things when we’re feeling low; either we lash out at others, recede into our own bunkers or we get despondent and disengage. But none of these are helpful or constructive – they offer no route out of those dumps.

Because there really is only one path out of despondency – and that is forwards and upwards. Which is why it is so important that the independence movement doesn’t lose sight of it’s core values and its determination to create a better Scotland.

Our problems aren’t desperately hard to spot just now. We’ve been chasing our tails over referendums; the only people who could have taken decisive action on delivering one have fed us the rainbow myth – just another hundred yards and we’ll catch up with it. In reality, nothing has been done to move us closer.

It is now quite common to find even sympathetic voices starting to talk like we need to just accept this is now a long haul. I’ve written much about what we should do next on independence, and progress on a national campaign organisation is good.

But that is not all we need to get us out of the dumps – we need to see action, change, momentum, progress. In the minds of voters, we need to rekindle the sense that independence is linked to a vibrant vision for a better Scotland. We can’t just stand there, we need to do something real.

Because from outside right now, both the Scottish Government and the Westminster group are inspiring no-one. The UK Government’s Defence Minister delivers one of the most horrific and aggressive neocolonial speeches of my lifetime – and the SNP’s official response seems to find little to disagree with (Trident seems to have slipped their mind for some reason).

Along with the Growth Commission pro-austerity and soft-indy pitch, backing Donald Trump’s coup in Venezuela, weak land reform, the education agenda, the repeated closeness to lobbyists, developer-friendly housing policy, the refusal to commit to public rail ownership or bus reregulation, and more, its increasingly difficult to see what marks the Scottish Government as different from any other big UK political party.

This could be turned around quickly and easily – if only the SNP machine would listen to its own membership and focused on delivering some big, transformational ideas.

There are no shortage of them; during Nicola Sturgeon’s reign Common Weal has published over 60 policy papers filled with really positive (and popular) policy ideas that could transform Scotland. From childcare and social security to land reform and business investment, there are lots of strong ideas that can be picked up and run with.

I continue to think that housing, local democracy and using public procurement to support small, Scottish producers are the steps which would have the biggest impact on key voters and that those impacts would be felt quickly once work was begun.

But I’m afraid I have seen nothing which suggests bold steps in these directions are likely – in two of the cases it would mean facing down the corporate lobbying sector.

So perhaps the best starting point might be in energy, purely because the Scottish Government has already announced that it is exploring some kind of public energy company and so that first hurdle has been crossed.

That’s why Common Weal published a major report last week on what a National Energy Company should do and how, in combination with a Scottish Energy Development Agency, it could transform Scotland’s energy system (this is a link to a short film about the report).

The risk is that the Government’s ambitions are too low. Common Weal has been arguing for a National Energy Company for quite a few years now, precisely because it has the capacity to lead the decarbonisation of Scotland and take head-on the problems of fuel poverty.

So we were obviously supportive when this was floated as government policy. But it is quite a bit harder to get excited by the government’s vision which seems limited to a half-hearted energy supplier model.

READ MORE: Risk that public energy company could be ‘like all energy suppliers with a Scot Govt logo’, experts warn

Don’t get me wrong – we think energy supply is a key issue and that a public option which enables households to buy electricity and heating on the basis of ‘public good’ tariffs is certainly part of our vision.

But this is only one part of the energy issues facing Scotland. Our renewable energy is all being developed in an almost wholly privatised model – over half of Scotland’s wind turbines are owned by foreign investors who extract all of the profit out of Scotland. We can do better than this.

Because of this, most of the manufacturing related to Scotland’s incredible renewable resources takes place outside Scotland – we get far too few jobs out of our natural resources and we can do better than this too.

And energy is changing; without intervention Scotland will be dragged further into the UK’s energy strategy which is about almost anything other than renewables. To take one example, energy storage (which we need to make the most of intermittent renewables) is not a major part of the UK agenda. It should be in Scotland.

READ MORE: Gordon Morgan: Here’s how Scotland can eliminate CO2 emissions by 2045 and help save the world

We should be progressively adapting our energy grid for Scotland’s energy needs – we have lots and lots of dispersed energy generation which should support localised micro-grids blended with the National Grid and a pioneering system of dispersed energy storage (everything from giant pumped hydro to building batteries into new-build houses).

This should be underpinned by ‘smart grid’ technologies which are designed to manage demand and ensure stability of supply while maximising the efficiency of the whole system.

It also gives us a real tool to tackle the big challenge – decarbonising heating. While Scotland easily has the potential to replace all electricity generation with clean, renewable energy, there is no single technology ready to replace a heating system dominated by gas.

So unless a bold, coordinated strategy is undertaken to tackle heating through a range of different technologies, we will never escape the polluting and inefficient heating infrastructure we have.

Setting 40-year targets for decarbonising the economy is frankly painfully easy and risk-free – taking immediate steps towards that target requires real courage and action. I’m afraid I don’t see many signs of action.

Energy is fundamental to the modern world. Scotland has almost everything it needs to move enthusiastically towards an exciting future in which we adapt to the reality of that modern world.

Other countries are already leading on interseasonal heatstore (where you use solar heat in the summer to heat giant heatstores which can then be used to heat houses in the winter). Other countries are pioneering grid-level energy storage. Many have established systems of super-efficient district heating (where houses share large boilers).

So why not Scotland? Yes, in part we struggle because energy policy is reserved to Westminster (the mismanagement of Scotland’s energy resources is one of the strongest cases for Scottish independence).

But blaming Westminster would be a complete cop-out, because once again Scotland hasn’t even tried to do what is in its power yet. We have this enormous potential to do something transformational which would draw attention away from the nation’s current lethargy and towards a future in which Scotland simply does things better.

That would lift us all. It would give the whole country a sense of pride in itself. Nothing focusses the mind more than realising that you are leading others, that you are in the vanguard. Nothing makes people feel pride like realising the world is looking at us for inspiration.

Let’s be inspirational. Let’s lead. Let’s be a nation that says ‘we can be better than this’. Don’t just stand there, let’s do something. And since a National Energy Company is coming, why don’t we just do that. Properly. With real ambition and courage.

Down in the dumps is a place you choose to be. Choose something else.