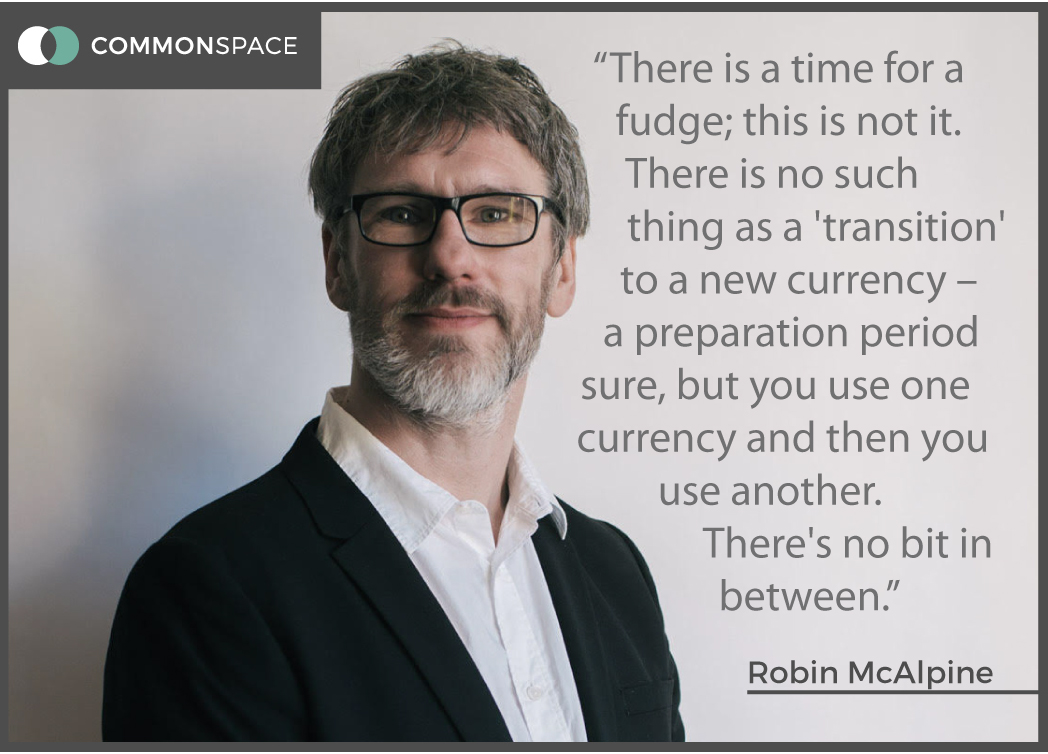 FINALLY, the case for independence is moving forward. There have been some serious mistakes made over the last four years (lack of preparation the most serious of all) and we can’t afford any more. So can I politely suggest its time for us all to screw the nut. Here are four specific examples.

We’re not in Game of Thrones

We need to listen to what unionist politicians are saying. Theresa May says ‘now is not the time’. Michael Gove is betting against a referendum. Alastair Darling says ‘not in my lifetime’ (which is either very optimistic or very pessimistic, depending on which way round he means it…).

Unionists are not giving us a referendum willingly. They are not going to let us hold a referendum against their will. Asking now will get us a knock-back; doing it anyway will leave us in the Supreme Court for eternity. The Scottish Parliament can’t deliver a referendum right now whether it wants to or not.

You may believe that asking and getting a rejection will rile up the Scottish public and win us a referendum. I’m personally more inclined to believe that this is just more focus on bloody process that will fail to turn people round and just make us look weak.

READ MORE – Analysis: Independence has a movement – but does it have a strategy?

But at least that’s a debate. What is NOT happening is any kind of Unilateral Declaration of Independence or any of the more Bannockburn-themed theories out there (which would actually lead to Culloden). All that Game of Thrones stuff is fun, but it’s time to put it to bed. And the sheer will power of Nicola Sturgeon (astride a metaphorical dragon) won’t do it either.

We need to ask from a position of strength. To get there from here I can see four options. We can take an ‘ask to be rejected’ line and cross our fingers the people are sufficiently offended on our behalf. Best I can say is that I think that would at least be our last mistake (probably).

We can hope external circumstances create a strong enough will for another referendum – definitely possible but ‘wait and see’ is undeniably risky.

We can move the polls so we’re the majority, so that rejection really does become a democratic scandal. That needs a proper campaign about which I’ve written ad nauseam.

Or we need an explicit (not implied or interpreted) democratic mandate, which means we need a proper campaign to get a majority of MSPs in 2021 elected on an explicit promise of holding a referendum (and a majority of votes cast being for those candidates would be a big help). Those will absolutely not be SNP alone.

Frankly, I want to believe that the ‘move the polls before 2021’ option is still open (and I definitely think we should try), but the realist in me says its a receding possibility. So we need to be winning hearts and minds while also preparing for 2021.

The Growth Commission comes out tomorrow. There is a time for a fudge; this is not it. There is no such thing as a ‘transition’ to a new currency – a preparation period sure, but you use one currency and then you use another. There’s no bit in between.

So a ten year ‘transition’ is just a ten year delay. If that’s a negotiating strategy to get the Bank of England to agree a Sterling Union, I’m out. If that means ‘only the grown-ups get to make the decisions’, it’ll backfire. But it will backfire even worse if this is means we’re going to continue to underestimate the intellect of voters, but somehow to underestimate it better than the last time.

When the public says ‘we want a better plan than before’, telling them that there WILL be a better plan (which we’ll tell them about ten years after they vote) is not a good idea.

VIEW: ‘I don’t think there is support for a second referendum at all’

What is the fear that prevents us making up our damned minds? Common Weal has done everything we can to show that a proper, achievable, comprehensive and comprehensible plan is perfectly possible. So why does the indy movement come across as indecisive? What exactly is the attraction of the long grass?

The good news is that the SNP leadership is not demonstrating overwhelming confidence in this work, promising it is the start of a debate. Great.

In the summer, the SNP National Council will be asked to debate and amend the report. I hope that branches and constituencies all over the country are already thinking about putting forward amendments calling for a proper, businesslike and rapid move to a new currency.

And then we need to get onto borders, energy, trade, broadcasting, international relations… You know the list.

Independence is not just for the summer holidays

It sort of kind of seems like possibly the SNP leadership perhaps announced an independence campaign this week. My current assumption is that the campaign will end a week on Monday once party conference is out the way.

That’s usually what happens. Four times a year, the week before SNP conference or SNP National Council, we get press stories from the SNP leadership which hint at some kind of move on independence. As soon as the conference/National Council is over, those stories vanish into thin air.

Now, for the second time in a couple of years, there is to be some kind of amorphous ‘summer initiative’. You know, Cabinet is on holiday so you can knock yourselves out – as long as you’re done by the time we get back.

The membership of the SNP needs to stop accepting this ‘let them eat hints’ approach. Unless we make the case for independence by way of a national campaign, we’ll be stuck in this Groundhog Day forever.

There has been an odd SNP assumption that government only matters when it goes wrong. That’s why SNP people keep saying ‘it’s all about competence’. While I agree that incompetence is a bad idea, I think there’s a bit more to government than that.

I mean, would you walk into a hairdressers which had a sign up saying ‘don’t worry – we’re competent’? I kind of take competence for granted. What the independence movement needs is a pro-indy parliamentary majority after 2021.

(And, to be absolutely fair, I’m not sure you could say that the Greens are exactly setting the heather on fire either.)

There’s a widespread feeling (not least among senior elected politicians) that the Scottish Government is a bit like Dignitas for good ideas. Everything is caution, safe bet, take no risks, guessing what is expected and so on.

Those of us sympathetic but not in the party were told that this was like-it-or-lump-it stuff because this and only this would get us to independence.

But when exactly are we allowed to question whether this is actually working? Some time in late 2021 when a shrunken and demoralised SNP group at Holyrood struggle to make minority government work for another four years, hoping 2025 will go better?

Top down diktat isn’t working for the SNP or for the Scottish Government. I know this to be a party filled with great people who have brilliant ideas and real experience. They have many friends outside the party who are ready to help. It’s time they got the government they deserve.

Four years of caution hasn’t worked, because it simply hasn’t impacted on people’s lives. There are 34 months until the Scottish Election campaign kicks off. Government must make those months count.