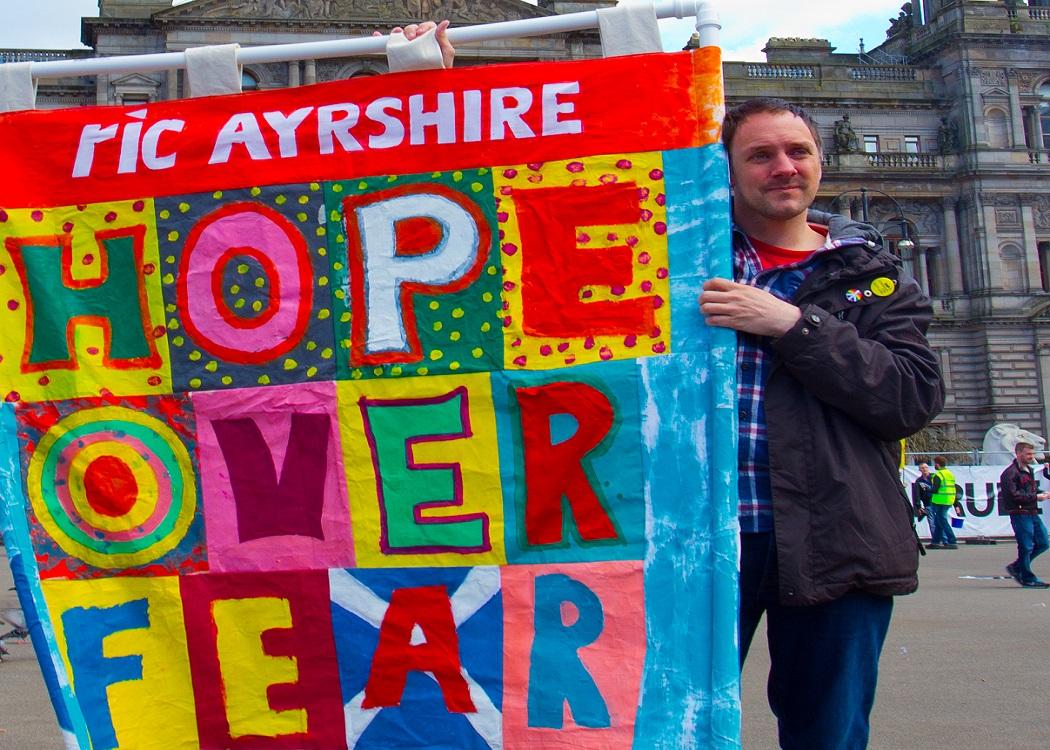 I NEVER really wanted any front-line political or public role and avoided it for most of my career. One of the reasons for this is that as soon as you are any kind of public figure, people seem to want you to take sides all the time. I’ve never been much of a ‘black and white’ kind of person so ‘sides’ don’t sit easily with me. However, I am now in a position (whether I like it or not) where this is being asked of me. So I want to explain my position.

This is all because I spoke at the Hope Over Fear rally on Saturday and, as Tommy Sheridan was on the platform, some people wanted me to boycott the event. So before I write another word there are three things I want to make clear. First (and above all), as I said in my words to the rally, I meant no disrespect to anyone by attending. I was there to engage, not provoke, and I hope people will at least understand that even if they don’t agree.

Second, this piece is likely to have an undue number of caveats and parentheses, purely because I am desperately trying not to make value judgements or draw conclusions. None of this is about my personal opinion of anyone or any organisation. Third, I try never to present myself as talking ‘for’ Common Weal but ‘about’ Common Weal. We’re trying not to be a centralised, top-down organisation where there is a ‘line’ for me to transmit. Me talking somewhere is never meant to mean Common Weal endorsement or support. I’m just talking…

But I need to start my response by saying that, as a matter of principle, I oppose blacklists. I have thought often whether there is anyone I would point-blank, categorically refuse to engage with irrespective of context. In the end I think – I think – that if the BBC phoned me up and said ‘we can’t avoid putting on a holocaust-denying neofascist and no-one else will come on so if you don’t come on he’ll be heard unchallenged’, I’d probably do it. Probably. That’s a question of personal judgement.

What bothers me about blacklists is that they take away people’s personal judgement, their ‘right to be wrong’. That and the fact that they fundamentally suppress debate and have a dreadful habit of getting out of control.