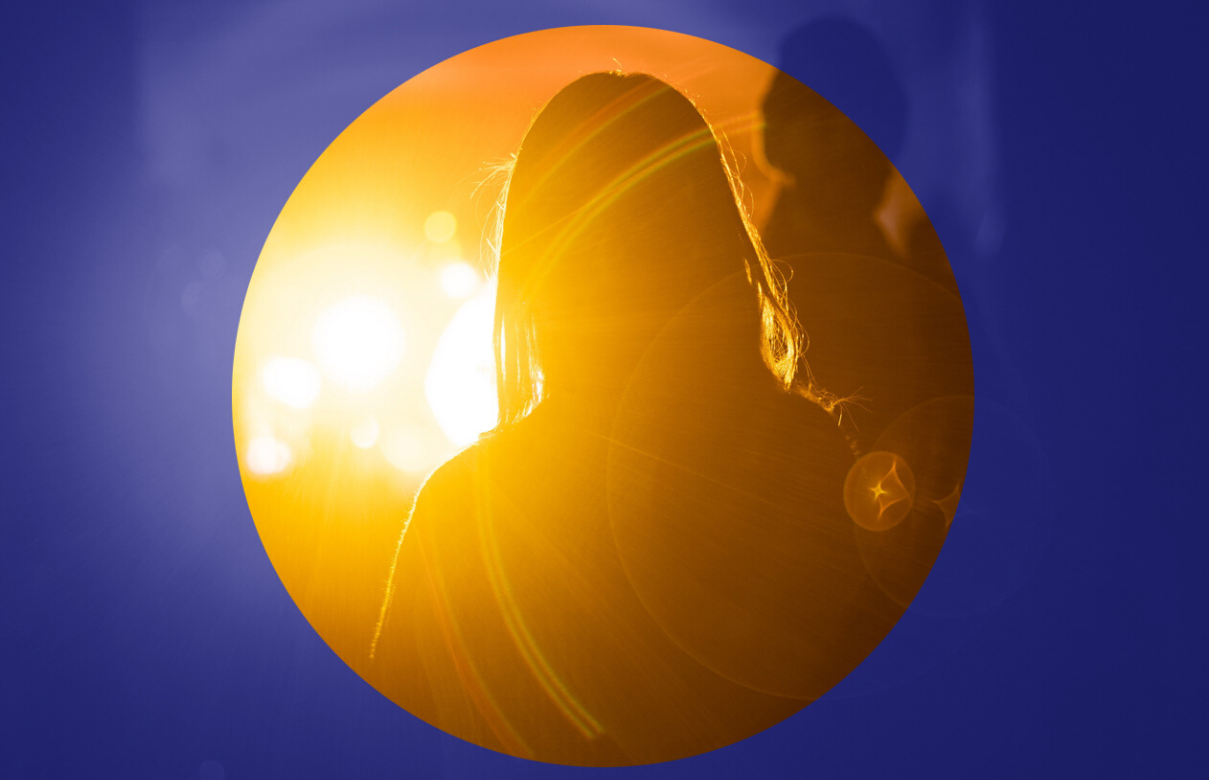 “Society is about more than proximity; it is only physical distance we want to encourage. We need more social solidarity, not less.”

Common Weal Versus the Virus: The virus is exposing the reality of the weaknesses in our economy, society and democracy. Over the last six years Common Weal has been showing that the weaknesses can all be fixed. Over the next few weeks Common Weal Director Robin McAlpine will write a series of columns showing how Common Weal policy is the best way to survive this virus and then rebuild when its over. Today – community action.

ON WEDNESDAY, I looked at how to get through the first, intensive phase of the virus lockdown economically. But the social threats isolation and service reduction bring over that period may be as substantial as the economic issues.

It is not in the slightest to decry medical advice to say that while an epidemiologist is who you need to deal with regarding deaths that have an obvious cause (like a virus), we need to take every bit as seriously the deaths that can occur from hidden causes (mental health, poverty, hunger, despair).

It is sociology, not epidemiology, that explains the causes of these hidden deaths – the avoidable deaths that happen all around us from complex social and economic causes.

Let me be clear; isolation kills. It can kill quickly (despair, paranoia, anxiety, loneliness) and it can kill slowly (social breakdown, long-term health impacts, the cumulative toll of poverty). There is only one solution to this; community and solidarity. There is a very good reason humanity is now and has always been built around community. It saves lives.

So how do you save people through community and solidarity during a lock-down?

The first and by far the most important factor is security. Community does not survive if things turn to ‘survival of the fittest’ and all against all. Panic buying is the definition of community failure – a total lack of trust in each other to act fairly, compassionately and sensibly.

If you want community to carry the burden of protecting people (and for reasons explained below we have no other option), that community must have the time, trust and mental state to do it. That is impossible if people are scared, uncertain if they will lose their house or business, be evicted, be able to feed themselves and their children.

That is why the economic rescue plan I outlined in the last column is so utterly essential. Until people believe they are safe they cannot properly fulfil the role we need of them.

We need an emergency Universal Basic Income NOW. We need a rent holiday NOW. We need to suspend all debt payments to the financial service sector NOW. We need a coherent strategy for securing and distributing food supples NOW.

Already, the signs are bad. It is perhaps unsurprising that Westminster still wants to pretend it’s economic business as usual, but the Scottish Government is already failing us badly. It has told landlords they will be protected but told tenants that they must beg for mercy.

If this pattern is continued, if the Scottish Government takes its usual approach of creating policy based on what vested interests and their lobbyists want, it will create insecurity and do enormous damage. It must change direction immediately or be held accountable. If there are riots in the streets, it will be its fault.

When I state that epidemiologists must under no circumstances write social policy, it is not to challenge the science or their advice. Even where science is exact and certain, the translation of that into public policy needs more than just a lab report.

The term ‘social distancing’ must never be used again from this moment. It is utterly beyond me how this term was ever allowed into the political lexicon. Society is about more than proximity; it is only physical distance we want to encourage. We need more social solidarity, not less.

So someone needs to get a grip on communications and stop behaving like this is a technical exercise. We must promote community; an individualistic approach to this may suit right-wing ideologues, but it is playing with fire.

There are two kinds of social solidarity at play here. First we need local communities to carry the burden which should have been carried by local democracy and local delivery structures – if only Scotland had any.

Then we need close communities – neighbours, families, friends – to ensure mental wellbeing is protected by maintaining as much social interaction as possible short of proximity.

But there’s also class solidarity. The official policy at the moment seems to be to have a strategy for the medically vulnerable which will do even more harm to the economically vulnerable. The former group vote in higher numbers, the latter is poorer, younger and often have young families.

If this does not change I for one will support rioters and looters if it ends up being the only way they can feed themselves once government has spent all its money protecting its friends. Start with the economically vulnerable and work your way up – just for once.

This is urgent. You cannot backdate a child’s dinner.

We are all willing to accept things we wouldn’t usually stand for with the goal of sacrificing together to make things better for all.

But democracy is more easily lost than regained and we must all be reassured that there is no question of things returning to at least where they were – human rights and all. If we do not trust that the democratic fabric of our nation is absolutely secure, then again social unrest is more than justified.

If people’s security is guaranteed and they feel that the response to the virus is fair and equitable (and if essential supply chains are kept intact) then communities can carry much of the rest of the weight themselves – with a little support.

They shouldn’t have to; it is worth remembering that Scotland has the lowest level of local democracy certainly in Europe and probably in the developed world. No other developed economy of our size has a unitary local authority system (a single tier without town councils). Despite four years of Scottish Government reviews and other make-busy work, there has been an abject failure to do anything about it.

This means that the structures which should be delivering local care do not exist. In my town, the Community Council and a number of local voluntary organisations immediately got together, got a rota of 40 volunteers to staff a phone-line 24 hours a day, while leaflets have been delivered to every house.

Anyone can now phone for help and advice when they need it – groceries delivered, advice and support, whatever people need.

But we’re a small rural town which is comparatively affluent and which has strong social structures and local institutions and organisations. Others will not be so lucky – yet this is what people need.

Rather than meeting the lobbyists, the Scottish Government should already have provided advice and support to communities all over the country to do exactly this or something similar. People need help to invent local institutions ‘on the fly’ and be supported to deliver the right kind of help and advice.

And then we must put a note in the diary in big red letters; as soon as this is over the failure to act on local democracy in Scotland must end immediately – by doing this.

It is not only at the level of community organising where it is essential we unleash Scotland’s human capital on this problem. There is an army of people at home with nothing much to do and who want to help (we know this for sure – you should see the offers of help we’re getting at Common Weal).

We have great social need and we have a massive social resource. There are only two things preventing these coming together – fears over security which suppress people’s ability to act and total lack of guidance and leadership.

As soon as it became clear that this crisis was going to take an immediate toll on social services a contingency plan should have been created to provide rapid basic training for a ‘citizen army’ of people there to help.

Some of this may be routine – food delivery, medicine pick-ups, chipping in to help where there are shortages in lower-skill public work. Some won’t be – you absolutely cannot train a social care worker overnight, but you can help someone to become more useful than having no social care worker at all.

I recognise that there are limits to this; I doubt many hospital doctors want to be tripping over well-meaning but untrained volunteers. But there is no excuse for not planning to accept the enormous good will people have in them and using it where there is need.

Unlock public assets if need be

The lack of local democratic infrastructure means that the logistics of organising something like a mass food delivery would be difficult to get in place and our enormous ‘local’ authorities are just too big to adapt rapidly (like using an oil tanker to rescue someone who fell in a river).

I am also sure that private assets will be readily and enthusiastically given. Perhaps all those empty call centres might become emergency helplines if needed.

This is simple; we need a big drive to get people to support local businesses as much as they can. Tesco will survive this; your local shops may not. Community is also a wealth resource and how we spend our money matters.

Spend local, spend small. Everything you need, every penny you need to spend, think hard – is there a way to keep this wealth locally to support the community in which I live so it has a better chance of rapid rebuilding afterwards.

All Of Us First

Finally, let this be a watershed moment and let it begin immediately. For the longest time you’ve been told that the world is you (and your credit card) against everyone else. Get it first or they will; buy it now or you’ll lose it; hate tax and love shopping; show them all how successful you are.

‘Me First’ has been the dominant social philosophy of the last 40 years. So tell me, how is ‘Me First’ going to solve this problem?

The simple answer is that it isn’t. Everyone from the IMF to the Scottish Government has bought into the belief that what matters is what you own, not who you are or what you contribute. This is a virus that has done much more harm than Covid will.

The Second World War ended Victorian Me First-ism. The sacrifice of blood meant people demanded solidarity in return. It built the welfare state, the NHS, a revolution in public housing, the collective ownership of crucial parts of the economy.

The ‘Me First’ advocates used the financial crisis of 2008 to push their selfish political agenda and austerity was the result. This is our chance to push a mutual, caring agenda, to move past ‘Me First’ and become a society driven by the philosophy of ‘All Of Us First’.

Start now and keep doing it. Do not waste this moment.

Next Up: the virus and political leadership