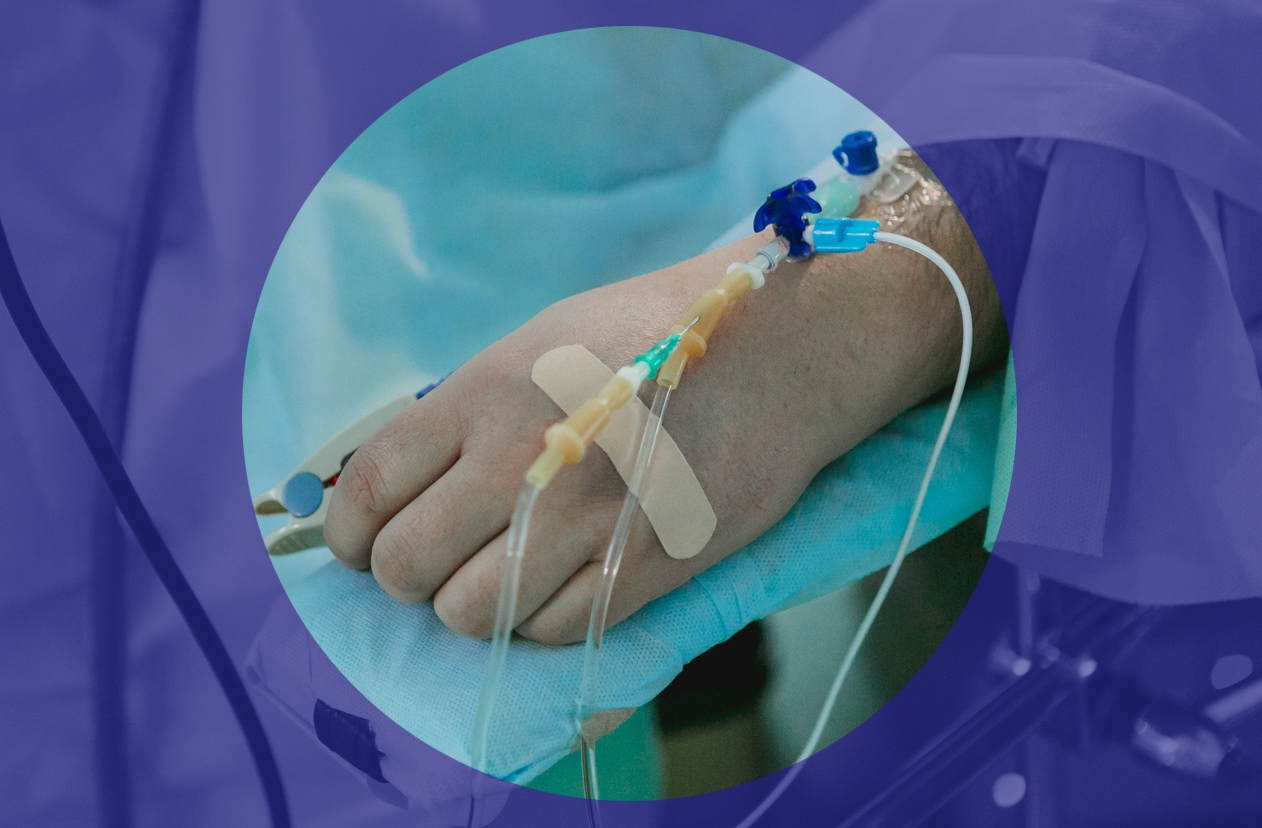 “Lots of you think that ‘tampons on the NHS’ is the direction we’re going. I think it’s going to look more like ‘buy your own insulin’.”

I’M PRETTY SURE the Covid crisis in Scotland has opened a window for tearing apart of chunks of the NHS as we know it, and I’m pretty sure the window is being exploited. Put simply, I am far from confident you will ever again have the Scottish NHS you had before Covid, and that the changes made to it will not be for the better.

As a ‘political insider’, one of the things I find it hardest to get across to people who are politically interested but without access to the inside is that what they think is the consensus often isn’t the consensus of the people who set policy.

They think ‘overwhelming support for the NHS’ means there is a consensus. There absolutely is not. This is taken as a starting point, the statement that there will need to be some kind of health service. After that, the options are negotiable.

In reality, I’ve never heard someone with a senior rank or income over £100,000 who does not readily volunteer the view that ‘the NHS we have is unsustainable’. I’ve sat in rooms with senior financial service sector types, esteemed lawyers, corporate CEOs and top flight civil servants. In those rooms, there genuinely is a consensus; the NHS should be rolled back.

They believe that the idea of the NHS was at heart an emergency system, there for serious injury or illness in a way that offers reasonable protection for the very poor. But that is what these same people think our dental service currently is – whip it out if you’re in pain, then demand £5,000 to put something back in. (I can’t afford that and expect soon to have a large gap in my mouth).

Lots of you think that ‘tampons on the NHS’ is the direction we’re going. I think it’s going to look more like ‘buy your own insulin’.

Why do I think the Scottish NHS is in danger? Well, because the Scottish Government is fairly openly telling you this is what is happening. Read the Programme for Government, which clearly states that more of what is currently done in GP surgeries will instead be done in ‘your local community pharmacy’ (when did we stop saying ‘chemists’ in Britain?).

Alarm bells should be going off already, because very few chemists are ‘local’ and none are ‘community’. These are private businesses and overwhelmingly chains owned by corporations.

It’s not like we don’t have clear warnings about where this leads. This link is fairly long but it’s a very important read. It is a careful dissection of what happened to Boots the Chemist when it was bought by a venture capital firm.

The most relevant part is in the second half, which details the many pharmacists who started becoming whistleblowers because of what they were being forced to do. Their venture capital overlords were forcing them to conduct tests on people who had absolutely no medical reason to undergo the test. Why? Because the Boots owners made £30 a pop from the NHS.

It’s worse than that – not only did they force unnecessary tests on customers, they put targets on the pharmacists that were virtually impossible to meet (leading to severe stress problems for many). They were not only doing unnecessary tests, they were made to do them badly to squeeze more in.

This seems to be the system the Scottish Government is moving quickly towards and Covid is the accelerant. I know people who have had B12 injections suspended for the year, have no access to diabetes clinics, are elderly and are told to ‘photograph the sudden lump on your back’. The media reports suspended cancer operations as if the rest of the NHS is functioning. It isn’t.

This has clear potential to be a ‘shock doctrine’ moment when you can use fear and panic to reset people’s expectations. Let’s see which services come back and which don’t. At the very least, I suspect ‘take a photo of it and email it in’ will become commonplace if not the default.

(And then of course you may subsequently find out that your email is going to an Indian processing centre via a contract to deliver from Serco, which has grown tentacles all over the Scottish public sector in the last five years – it ain’t just ferries.)

This is what those people in those rooms I mentioned at the start always wanted – reduced services and ‘co-payment’ (as at the dentist, where treatment is hardly ever free).

The consequences are significant. Pharmacists are already complaining loudly that they’re being used as a core delivery agent of public services during Covid – but within existing resources. Now they’ll be squeezed on one side by the Scottish Government (‘do this too!’) and on the other by their owners (‘rake it in fast as you can!’).

(Meanwhile a pharmacist of my acquaintance who is struggling to cope already has just been instructed by the corporation which owns the chain he works for to ‘lose two members of staff’.)

The GPs seem to think all this will help them out. I think they’re more likely to find this is the kind of help a fattened pig thinks it is getting when it ‘notices there’s more space than there used to be’.

I’m not saying there shouldn’t be reform of the way the NHS delivers services. Quite on the contrary, using highly qualified (and paid) GPs to do all initial triaging doesn’t make much sense (and this is likely to be automated in the future anyway). Hospitals do daft things for fear of litigation (there really is a lot of unnecessary waste).

And everyone and their dog knows that we should be doing much, much more preventative and rehabilitative medicine (to stop people needing doctors). So I am not making a case for rigidly sticking to the status quo.

But I’m appalled that it looks like this may be being rushed through under cover of Covid, the crisis providing opportunity to every insider to get on with the thing they always wanted to do had it not been for the irritating obstruction of democracy.

The increasingly accident-prone Angus Robertson says it openly and the First Minister’s diary often looks like confirmation – the primary focus of this administration is PR rather than governing.

So who governs in those circumstances? Those people in those rooms – lobbyists, top tier civil servants (who are likely to become lobbyists in the future) and ‘influencers’ (most of whom you wouldn’t recognise in the street but have more say over policy than Cabinet members…).

It is their agenda and not SNP manifestos which is the backbone of what is happening in government. And that brings us back to the start of this article – there is a consensus that the NHS must be reshaped according to available resources. (The consensus also holds that, like addicts, the public won’t accept the need to do this, and so must be starved of its dependence.)

But as always with consensus, you mustn’t look only for what is agreed but what isn’t said. Because the other part of this is ‘available resources’. George Kerevan has shown just what an incredibly low tax country Scotland is. Of course, the NHS becomes ‘unsustainable’ if you live in the tax avoidance capital of the world.

The NHS faces challenges, not least because of an ageing population. These are taken to be a reason to cut back. But long, long before the knife is wielded (and the noses plunge into the tough) we need to let democracy in. Ask people what they want – the Christie approach (focus on preventative spend) or the shock doctrine? And then ask where the money should come from.

That would lead to a modernised NHS funded by fair taxes and a clamp down on tax evasion and avoidance. That would be the true consensus. It is very much what the NHS staff want.

But I’m afraid the Covid omni-crisis is going to let ‘the other consensus’ get its way yet again. I suspect you’re going to regret it – but judging by the current state of things in Scotland, by the time you notice it’ll be too late anyway.