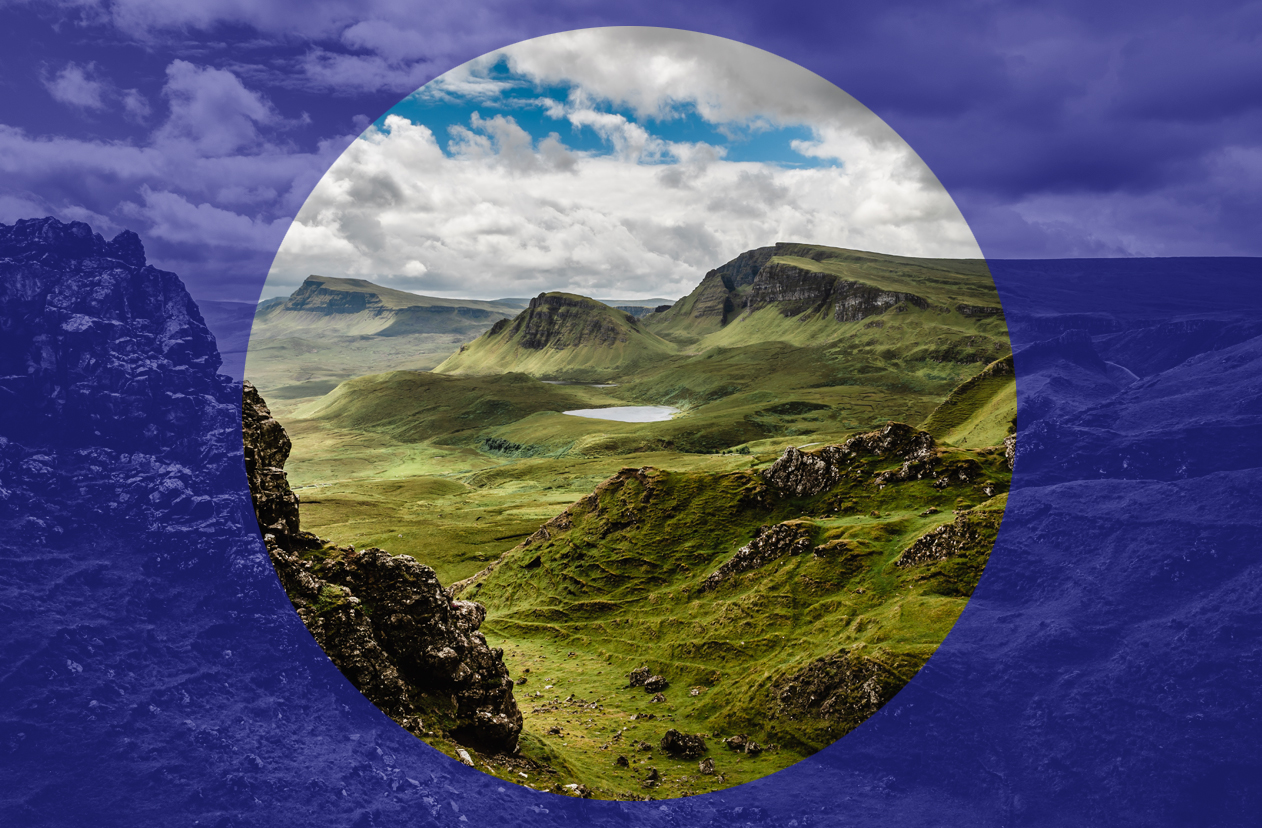 “The land which should be a rich natural resource for Scotland, underpinning our economy and driving our decarbonisation agenda has instead been turned into the eagle-murder capital of the world where the super-rich come to slaughter birds they don’t eat.”

ONE of the skillsets which comes with power (and often gets you the power in the first place) is the ability to say dubious things with such self-certainty that others feel cowed and insecure in their own views. Few have mastered this talent – along with other trappings of power – like Scotland’s landed elite.

I had already planned to write on the so-called legal barriers to land reform this week when Scottish Land and Estates (the lobbying and campaigning body of the big landowners) started a blatant media campaign prompted by a police investigation.

For them, land reform is illegal and eagles simply fall from the sky and disappear. Or at least, if you listen to them that’s what they appear to think.

I’ll focus on the legal question in a second, but let me briefly touch on eagle-murder. As part of the Revive coalition for grouse moor reform, in April I was notified that, almost immediately upon lockdown being declared, birds of prey started disappearing over grouse moors. As this is a serious crime and is under police investigation I was instructed to say and write nothing, so that’s what I’ll do.

But let me tell you this; if you are a golden eagle you are 25 times more likely to disappear inexplicably in Scotland than in any other part of the world.

If you do disappear in Scotland, it is by far most likely that you’ll disappear over a grouse moor. You will have been tagged so biologists will know that you very rarely fly near large wind farms during your early years and that is never where you go missing (there has never been a golden eagle killed by a wind turbine in Scotland).

In any case, if you die you will not disappear as a result of the aforementioned tagging; you will be retrieved and will be subject to a post mortem to identify the cause of your death. If your tag suddenly stops broadcasting and your body and tag vanish into thin air, unless there was a highly unlikely catastrophic direct impact, we should assume human interference.

Is that enough for now until the police finish their business? Media, stop printing these lies.

As with the disinformation spread about the persecution of raptors, there is a similar, widely held view that land reform is illegal because of international law.

In fact, this has been repeated to me on a number of occasions recently, which is why I was planning to write this. Often it comes from sympathetic politicians who want to do something about land in Scotland who have been warned off by government lawyers.

This a stark reveal of the crazy power imbalance in Scotland; the landowners have dodgy law at their fingertips, while our democratically-elected politicians don’t seem to have access to accurate legal advice.

So let’s just try and put an end to this quickly. If you’ve been told it’s illegal, you’ll probably have heard it is because of the European Convention on Human Rights. They are referring to Article One, Protocol One, which they will quickly paraphrase as ‘the prohibition of the confiscation of private property’. It is this which Scottish Government lawyers cite as the obstacle.

But there’s no need to paraphrase it, because it’s very short:

“Every natural or legal person is entitled to the peaceful enjoyment of his possessions. No one shall be deprived of his possessions except in the public interest and subject to the conditions provided for by law and by the general principles of international law.”

It shouldn’t be too hard to spot the caveat; as long as it is in the public interest and broadly in line with international law there is no hint of a barrier. It’s why confiscation of the proceeds of crime is legal, it’s why certain right-wing commentators so affronted by land reform have no problem with extensive compulsory purchase of the land needed for the tram to Glasgow Airport they so favour.

In fact, since Common Weal is claiming that the need for rapid tree planting for climate change is a national emergency, and since mass land nationalisation was done after the Second World War for tree planting in anticipation of any future war effort (oh, how wars have changed…), precedent is straightforward.

So what about ‘broadly in line with international law’? I’ve written on this a number of times so I won’t exhaust the subject here, but it’s really easy. United Nations Resolution 1803 makes clear that the public taking ownership of someone else’s private property is only illegal if there is no compensation.

There was a debate about what that meant. Former colonial nations believed that the private property had been illegally expropriated in the first place, so no compensation was required; the US (as always, the mouthpiece of corporations) instead argued that full current market value should be paid.

Both were rejected. The only requirement is that compensation is ‘fair’, and ‘market value’ is explicitly rejected as the definition of fair.

So once and for all, let’s be clear about this; the Scottish Government can enact compulsory purchase on anything it can show it is in the public interest to nationalise so long as fair compensation is paid, and ‘fair’ has nothing to do with market valuation. End of story.

Common Weal and the New Economics Foundation have been commissioned to do a joint plan for land reform in Scotland, and since we were discussing this issue I’ve also got a copy of the formal legal advice NEF received on this subject. While it was produced on the basis of English law, it too draws the same simple conclusion. This isn’t a legal debate at all – it’s a political one.

So the lawyers tell the politicians that they’ll face a ‘legal challenge’ under the ECHR and leave the impression that ‘facing’ a legal challenge and losing a legal challenge is the same thing. Again, for the sake of clarity: under Scots Law you can attempt a legal challenge on almost anything – but you’ll probably lose. This is simply surrender for political reasons, not legal ones.

The land which should be a rich natural resource for Scotland, underpinning our economy and driving our decarbonisation agenda has instead been turned into the eagle-murder capital of the world where the super-rich come to slaughter birds they don’t eat. This is yet one more national disgrace hanging round the neck of our poor, semi-feudal country.

A courageous and visionary Scottish Government could turn this round in four years if it chose to (and got itself some better lawyers who don’t view preemptive surrender as a success). Common Weal has explained how this could then create an entirely virtuous economic boom in Scotland.

Nothing in our current work has generated more support. The Revive coalition is growing faster than any campaign I’ve ever been involved with. This is massively popular with the public and the Scottish Government is simply miles on the wrong side of the issue.

There are some landowners in Scotland doing the right thing and I don’t want to tar everyone with the same brush, but they’re in a small minority. The real role of Scotland’s landed classes is to use their power, wealth and connections to spread disinformation for the sole purpose of the protection of their (largely) unearned privilege.

Golden eagles do not fall from the sky. There is no legal barrier to land reform. The public is not obliged to pay market rates for land.

Reformers have fought for change for centuries, first against violence of the ruling class, now against the power of expensive disinformation and lobbying. If only we could close down these lies once and for all, true change might finally be possible and Scotland might at last be free to leave the Middle Ages behind.

(Many thanks to Ruth Tingay of Raptor Persecution UK for the information regarding raptor persecution included in this article.)