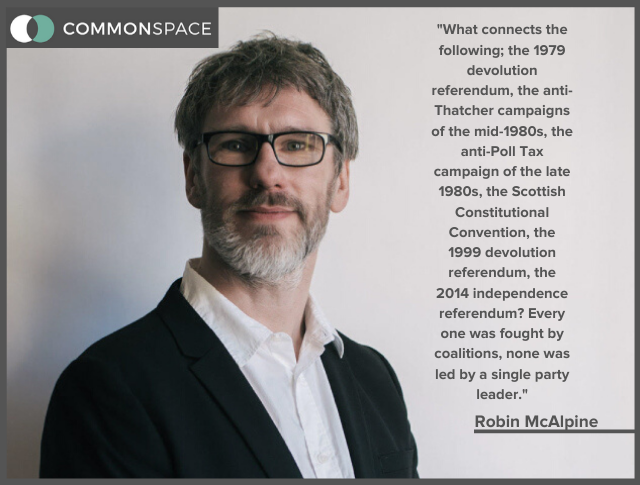 “FOR ME to pretend that there are shortcuts or clever wheezes that can magically overcome the obstacles we face might make my life easier in the short term – but it would do a long term disservice to the independence cause that I, like so many, have dedicated my life to.” – Nicola Sturgeon, 31 January 2020

That is a quote from Nicola Sturgeon which is, on the face of it, correct. But it is simultaneously utterly dishonest. If we want to make this statement both correct and honest we need to do the following to it:

“Pretending that there are shortcuts or clever wheezes that can magically overcome the obstacles to independence has served my self-interest and made my life easier, but it has done a very substantial long-term disservice to the cause of independence.”

See? That is both correct and honest.

Until last Friday, Sturgeon’s tactic was to pretend a referendum was months away; that she had a secret plan and all she needed was silence, compliance, votes and money.

But that is only Phase Three tactics. Phase One (2014 – 2016) was to close down the independence movement, reassure the Scottish establishment that independence was off the agenda, relentlessly promote Sturgeon the individual, and stand or fall by the domestic agenda.

All of Sturgeon’s circle (Ewan Crawford, Andrew Wilson, Angus Robertson) believe the 2014 campaign was a mistake (not sober, not ‘New Labour’ enough, too reform-minded) and that the next referendum must be an SNP-only affair. She told me directly that she agreed.

READ MORE: Robin McAlpine: There is a giant corruption at the heart of Scottish life and we need to fight it

That’s why, on the first anniversary of the indyref, every SNP politician was told to keep their diary free for a big event – which didn’t happen. It was a ploy; Sturgeon was determined that the SNP be surgically removed from the independence movement. It’s why she won’t go on a march.

Phase One was supposed to last two parliamentary terms of Sturgeon winning over the Scottish establishment through the sheer power of her centrist brilliance (and by never mentioning independence), followed by a third term mandate and a cakewalk to independence with the establishment on board.

Phase Two lasted for two weeks in June 2016, between announcing a referendum she didn’t realise she couldn’t deliver – and then realising she couldn’t deliver it. This was a woeful misreading by a single person, mixed with the delusions of certainty which infected the entirety of liberal centrist Britain.

That kicked off Phase Three, or the survival phase. To try to stop things unravelling she stepped up control – of the party, the party conference, and the government – so dissent had no space.

What she couldn’t control was the independence movement. And so, she set out on a plan to no longer require one (her ultimate liberation). So she created a rebuttal service – the Growth Commission, Progress Scotland, a George Square rally and Yes.scot – as direct replacements. She was now in total control of a kingdom of astroturf, all fake grassroots, all on her payroll.

Over four long years of hearing constant badmouthing of person after person, initiative after initiative in the independence movement I thought I was used to it. But even I was taken aback by how she treated Voices for Scotland.

READ MORE: Robin McAlpine: Will Scotland be the last place to have a debate on the economy?

Many of us had spent months trying to do a really professional job in creating an effective campaign vehicle for talking to undecided voters. The SNP are partners, so we told them about everything at every stage including our launch date.

The night before our long-scheduled launch, Sturgeon chose to hash together and launch Yes.scot. In my opinion, it is absolutely clear this was a spoiler designed to undermine all the work that had been done.

The prospect of an imminent referendum helped keep any serious debate about the route to independence away from the party conference, and was used again and again to suppress very legitimate dissent. No one was allowed to think or talk or discuss.

Then, whenever under pressure, her main response was just to lift words and ideas from one of a fairly extensive list of perceived opponents, but with no real substance and no real intention other than to draw the limelight back towards herself.

READ MORE: Robin McAlpine: The koalas will burn until you say ‘enough’

No colleague – not her deputy, not her cabinet, not her MSPs, not her MPs – is ever consulted on any of this; no serious thought goes into initiatives before they are announced, nor is any real purpose is attached to them. The words just get plucked out of the air in real time.

This has all been one giant fiction. But fictions come to an end and the fiction of competence came to an abrupt end last Friday. Sturgeon tried to completely disown all her own decisions and actions as party leader in her call for ‘patience’ and ‘gradualism’.

This is quite hard to stomach. People like me were urging a sense of perspective – not the kind of ‘patience’ that means sitting on your hands but proper, systematic building of a campaign and a strategy which would be effective but would take a little time.

But we had no chance when Sturgeon announces (without any consultation) a referendum on Brexit morning then for four years continually invented increasingly unrealistic reason why she could announce another referendum in 2020 (it’s just a few weeks since she absolutely promised us that all opposition would melt away if we gave her another endorsement).

How is any of this ‘gradualism’? How can she possibly claim that with a straight face? Each of these fantastical ideas completely flopped. Are we seriously supposed to believe a series of awful failures is actually gradual progress?

What was completely missing from Sturgeon’s speech was any hint of self-reflection about how she had both misjudged and misled, how she had twice promised the movement an independence referendum without any coherent strategy for delivery – and twice failed.

This should have been a moment for humility; instead she appeared to blame the indy movement for swallowing her rhetoric, for foolishly believing in precisely the shortcuts she told them were there.

In time we will look back in bemusement at the period when there was widespread belief that independence could be delivered only by one Brilliant Leader Alone who had a Secret Plan. Despite what you’ve been told, the path to independence and Sturgeon’s career path are not the same path.

We have been playing a game of football against a really, really terrible team (Labour and the Tories in Scotland) and it’s a nil-nil draw. It helps if you field more than one player.