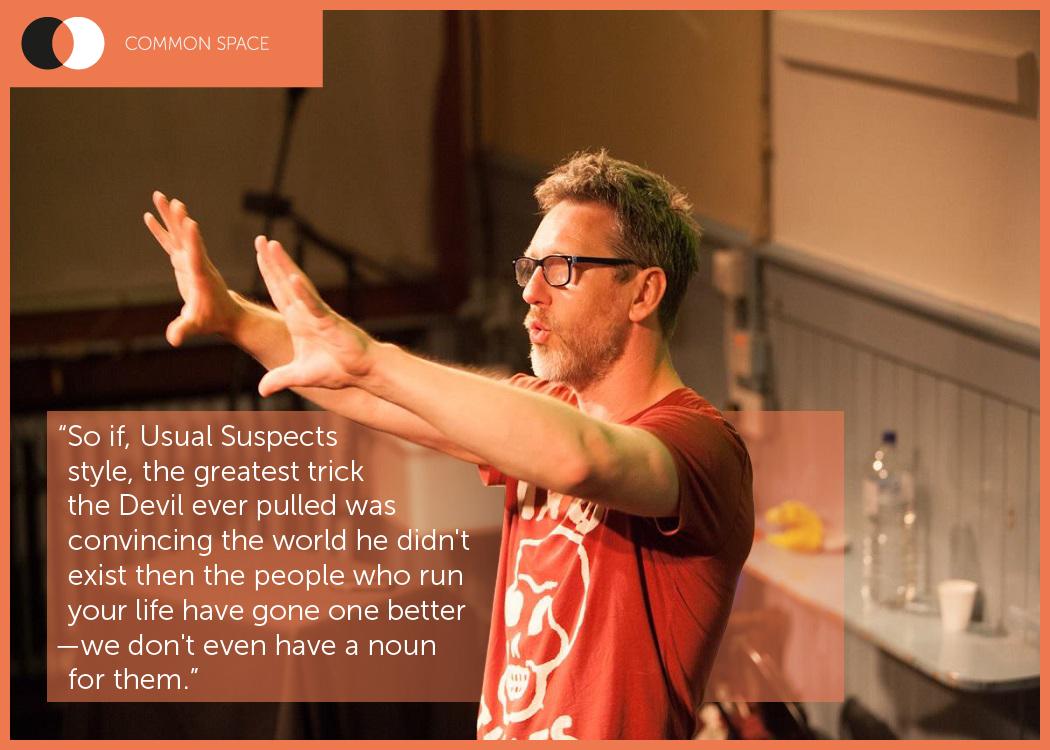 SOMETIMES there are political terms which become unfashionable but which need revived – ‘social security’ and ‘cradle to grave’ create a way of thinking about politics which ‘benefits’ and ‘user-centred’ just don’t. But prime among these terms for me is ‘ruling class’ – because we don’t have a bloody term for them.

I was involved in a lengthy online debate with a large group of activists from across the UK. Someone wrote about how in Spain Podemos have been gaining a lot of ground politically by talking about ‘La Casta’ (meaning caste or something like elite or ruling class) in describing the technocrats and wealthy elite imposing austerity.

We debated if the term could be translated for use in British politics. The discussion was fascinating and went on for ages – the one per cent, the elite, the rulers, the bosses. But none really stuck.

One of the reasons for this is the collapse of an old order in which a ‘ruling class’ was largely hereditary and so easy to identify.

So if, Usual Suspects style, the greatest trick the Devil ever pulled was convincing the world he didn’t exist then the people who run your life have gone one better – we don’t even have a noun for them.

One of the reasons for this is the collapse of an old order in which a ‘ruling class’ was largely hereditary and so easy to identify. The new order is much more messy and complicated – senior political insiders, financiers, top civil servants, IT consultancies, big accountancy firms, the owners of news corporations, CEOs, procurement professionals, big law firms, lobbyists.

There are many things that they all have in common – here are four.

First, they are all in the same networks and know each other. No-one goes to Davos and has to ask who the rich-looking guy at the next table is. Similarly, in Scotland public sector finance directors or heads of procurement don’t need to Google ‘IT consultancy’ or ‘multinational service-provision corporation’ or ‘global accountancy firm’. Those introductions are already done.

Second, they definitely don’t need a conference call to decide how the world works – that was all agreed a number of years ago. Mergers make everyone rich (apart from the workforce) so they’re great. Outsourcing to big corporations might well get you a lucrative career move later on. Doing what the financial services sector wants you to do when they want you to do it gets you – oh, just type ‘Alistair Darling’ into Wikipedia and you’ll get the idea.

Fourth, they hate – absolutely totally despise – any suggestion that they are there for any reason other than their boundless personal merit. One day they believe that they will appear in books about evolution, sitting just one notch above Homo Sapiens.

They have a name for all of this – technocracy; world governance through undisputed genius. They don’t make decisions, they artfully enact the only possible decision better than ‘normal people’. There’s no debate to be had.

This mindset is causing some very serious problems right across the world. There was no debate that bankers are the only people who know how to run banks and we got rampant corruption, fraud and a global financial meltdown. We didn’t properly debate that meltdown so we’re about to get another.

And while we (as in ‘we the world’) did indeed debate the causes of climate change or whether another string of wars in the Middle East was a good idea, the ruling classes ‘knew better’ than to pay any attention. It really is time that we placed the blame for the migration crisis in Europe where it belongs.

Which takes us neatly to Hilary Benn. Hilary and all the other right-wing Labour backbenchers (along it must be said with a depressingly high number of otherwise sensible Guardian commentators) all know for absolute certain that you only win elections from ‘the centre’. It doesn’t matter that many left wing policies are wildly popular with the public, Hilary knows that the public are wrong and don’t really want them. Indeed, there is no need even to put any of these ideas in front of the public because Hilary knows in advance all the answers.

They have a name for all of this – technocracy; world governance through undisputed genius. They don’t make decisions, they artfully enact the only possible decision better than ‘normal people’.

The idea that you might have to make a case before you can get people to support it can be dismissed and every piece of evidence to the contrary (from Bernie Sanders and Jeremy Corbyn to the Arab Spring and the Scottish independence referendum) prove nothing. Remember, one notch above Homo Sapiens.

The problem is that this arrogant, condescending rubbish is having startling global consequences. Hilary Benn and Donald Trump are simply two sides of the same coin. One exists by channeling a Ruling Class world view through the BBC and the Telegraph; the other exists by channeling widespread anger at the same world view through hatred and blind rage.

This ‘shhhh, everything’s fine’/’fuck the ruling class’ dichotomy is shaping our continent as the condescending fiscal violence of the European Central Bankers faces off with the nasty, impotent, hate-filled violence of Pediga. And that, diluted with three parts apathy, is your EU referendum debate, oh people of Britain.

It all thrives on despair, the belief that things can’t be better. One side warns that only subservience can stop you falling over the edge of their skyscraper, the other tells you that you’re already plunging to the ground so you might as well smash a window on your way down.

And while we (as in ‘we the world’) did indeed debate the causes of climate change or whether another string of wars in the Middle East was a good idea, the ruling classes ‘knew better’ than to pay any attention.

But these aren’t the only options. There are a host of responses that lie somewhere between plutocracy and nihilism. We can open up the way we are ruled to modern democracy. We can temper the power of the ruling elite and strengthen the voice of the people. We just need to start taking participatory democracy seriously.

And it’s important to remember that democracy isn’t one big thing, it’s lots and lots of little things. The big ticket items of austerity, permanent war and corporate corruption are real. But so is my ‘local’ authority knocking down our primary school against the will of (as far as I can tell) pretty well the entire town.

So it might seem like a big leap from Trump and Syria to the governing bodies of Scotland’s universities . But it’s not as big as you think. This week the Scottish branch of the Ruling Classes signed a letter warning the plebs that if they attempt to have a say in how their universities are run, the Ruling Classes will take their ball home with them.

The chairs of universities courts – an unelected consortium of wealthy lawyers, bankers and accountants – explained to the rest of us this week that they are the best possible means of running universities. If the job was put out to open applications and democratic selection, they’d refuse to play. And then we’d really regret it…

We have been told to follow their instructions and to allow them to appoint each other to positions of power for ever and ever and ever. That way they can keep cutting staff pay while building vanity campuses in fancy foreign capitals for them and their buddies to visit. That, remember, is the priority. If staff and students can’t understand that, then hell mend them.

So it might seem like a big leap from Trump and Syria to the governing bodies of Scotland’s universities. But it’s not as big as you think.

We know all this because they say so. And that’s all it takes – them to say so.

(At this point it is usually good form to say something nice about them – about how they’re basically great people giving up their time to do their best for public institutions and so on. But since this is precisely the kind of respect that they refuse to show to the rest of society, I won’t bother.)

Thankfully, Education Minister Angela Constance is sticking by her guns and it seems they’re going to lose. 2016 and finally universities will be required to let the smallest chink of democratic light into their gloomy governance. It’s not enough – one measly member of court with any mandate from the entire staff and student body. But it’s a start.

So please, drop your MSP an email. Tell them that you are tired of being lectured by a patronising Ruling Class and that you support the Scottish Government’s Higher Education Bill. Pour scorn on the arrogance of these dusty old relics of feudalism.

If this Bill is passed, it won’t change the world. Indeed, it will hardly change universities (other than that there will be debate). But if it falls, if the Ruling Classes win this one, we all lose.

A nation of peasants forever.