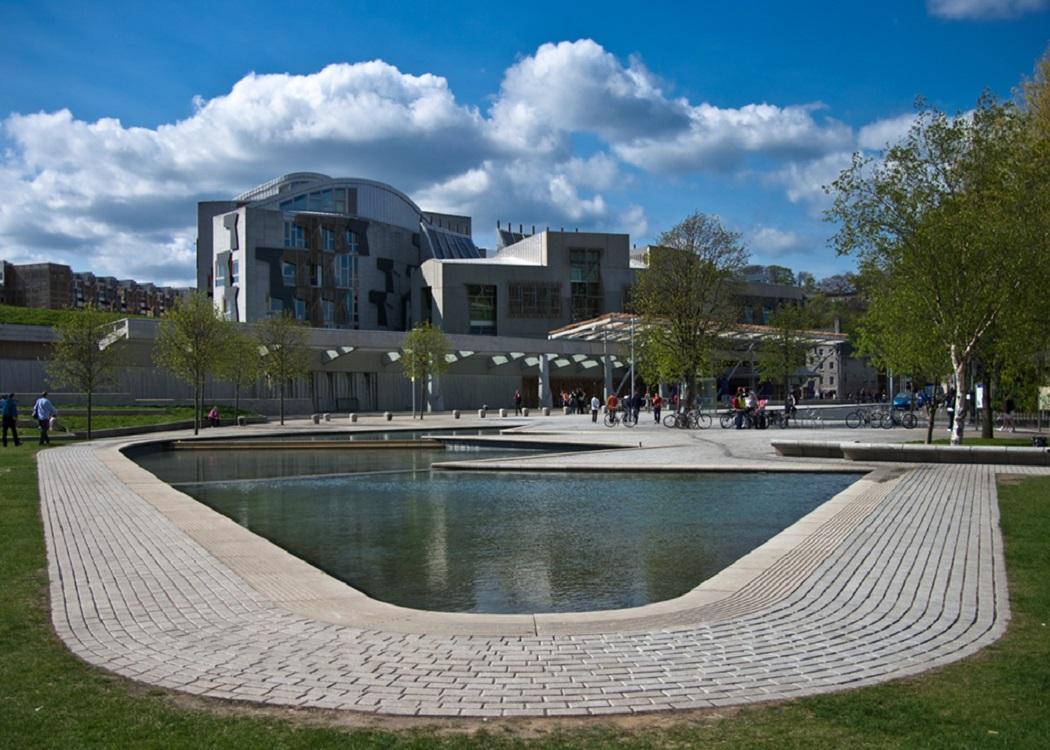 LET’S be honest – when you hear the words ‘100 days until the election’ it seldom marks the beginning of a period of great thinking, sophisticated analysis, radical ideas or determination to tackle important but difficult issues.

It’s a bit like Boxing Day sales – no-one expects cutting edge new products. They know they’re going to be sold truckloads of the old, reliable stock shops had left on their shelves repackaged as ‘amazing deals’.

So I do have a reasonable degree of sympathy for the situation political parties find themselves in during this phase of the political calendar. Bluntly, the voting public don’t particularly reward political parties for being right or for tackling difficult issues.

No, not everyone fell in love with big ideas and a desire for change – but the ones who did changed the country and its politics.

We tend to give them a vote in proportion to how much they tell us that what we already think is right. We support them often according to how much the stories they tell somehow manage to put us centre stage (“This country wouldn’t be brilliant if it wasn’t for YOUR interchangeable demographic grouping!”). In many ways we get the campaigns we deserve.

But this coming election (as with so much in Scottish politics) is a bit different from normal. It comes after what is undoubtedly the most intense period of political self-education that Scotland has seen in generations.

No, not everyone fell in love with big ideas and a desire for change – but the ones who did changed the country and its politics.

So are they about to be tucked into a tactical box marked ‘they’re not going to switch so let’s not worry about them’?. I think that would be a big mistake. Assuming we really do want political change in this country, we’re going to need them out and about, not packed away in a box.

This is an election under a proportional voting system and the SNP is unfeasibly far in the lead. It just doesn’t need to ask us to unthink what we’ve learned so it can triangulate a handful of voters not yet convinced.

Despite my sympathies, the opening shots in the campaign so far have been a bit disappointing. Frankly, the thinking all feels a bit 2012, a bit stale, a bit outdated in Scotland.

But that’s what some of the opening salvos of this campaign seem to ask us to do, to ‘unthink’. We know that poverty and inequality is a function of the economy, not of schools or parenting. We know that wealth doesn’t really trickle down. We know that Scotland’s housing problems aren’t a result of houses being too cheap.

So, despite my sympathies, the opening shots in the campaign so far have been a bit disappointing. Frankly, the thinking all feels a bit 2012, a bit stale, a bit outdated in Scotland. And above all, some of the early arguments just seem plain wrong to me.

Labour and the SNP opened the campaign with lines about how they hate inequality and so are going to improve education. But educational inequality does not cause economic inequality – it’s the other way round.

Rehashing Tony Blair circa 1996 might feel risk-free (who doesn’t think schools should be as good as possible?). But its not a serious answer to a complex problem. Education, education, education. It’s familiar. It’s cosy. It sounds like something we used to ‘know’. It won’t lose votes.

Labour and the SNP are also both on hand with ‘magical money giveaway’ policies (though I’m not yet clear how committed the SNP is). For the SNP it’s a cut to Air Passenger Duty, for Labour it’s presents for affluent young house buyers. ‘Magical’ because somehow the giveaway will move objects at a distance with no known explanation.

If the SNP does indeed try and press ahead with an APD cut, it is supposed to boost the economy in ways it’s hard exactly to explain other than on the say-so of the people who are getting the cut (the airports, whose PR campaign seems to be the basis for the claim). But if you look closely they seem to be suggesting that an investment of PS250m will grow the economy by a similar amount.

None of this retro, rehashed, barely reheated thinking that was all the rage in London in the 1980s and 1990s sounds dangerous.

Given that it is very hard to spend PS250m and not grow the economy by at least PS250m, that’s hardly persuasive. And since only a small proportion of this will come back in tax, it’s not an investment.

Trickle-down economics. It’s familiar. It’s cosy. It sounds like something we used to ‘know’. It won’t lose votes.

Labour, meanwhile, is planning to use the same money to inflate the housing market. By bunging affluent young people money to buy houses, big housing developers can hike up their prices again. It’s an aspiration dog-whistle, a bribe to a group of voters and it might even make it look like the economy is growing, all in one.

To hell with the negative impact it has on everyone who has to find somewhere to live. Don’t think about the threat to the economy of another housing bubble.

A nation of homeowners. It’s familiar. It’s cosy. It sounds like something we used to ‘know’. It won’t lose votes.

None of this retro, rehashed, barely reheated thinking that was all the rage in London in the 1980s and 1990s sounds dangerous. But it is. It is dangerous because if this is what we believe and this is what we do, we will create a retro politics.

So hands up – who wants to go back to the politics Scotland had in the 1980s and 1990s? (Right, right – hands back down again, Scottish Labour…)

If politics goes backwards, if we unravel the strides forward that have been taken, if we revert to safety, what future can you possibly imagine? We could certainly hand our national housing policy back over to the rapacious developers who priced a generation out of having homes of their own (whether rented or owned). That’s possible.

So hands up – who wants to go back to the politics Scotland had in the 1980s and 1990s? (Right, right – hands back down again, Scottish Labour…)

We could keep telling people that council tax freezes have no downside, that cutting tax for business is good for all of us. We could live with the collapsing public services and low-wage service sector economy that would result. That’s possible.

We could certainly create a few ‘achievement’ funds to give to headteachers in ‘failing’ schools, pat ourselves on the back and whenever anyone asks what we’re doing about inequality, talk about how we created an achievement fund. When that doesn’t work we could just keep doing it anyway. That is certainly possible.

And then? As all this recycling recycles and recycles while the real world keeps kicking us hard, what then? You do know that as soon as interest rates rise we probably face widespread housing repossession and probably a house price crash? You do know that virtually everyone is gearing up for another global financial crisis?

It is precisely because we rehashed old thinking after the last financial crisis that we’re about to have another one.

If politics goes backwards, if we unravel the strides forward that have been taken, if we revert to safety, what future can you possibly imagine?

For Scottish Labour this doesn’t matter too much. It’s desperate. It’s in a struggle for its survival. It either has to play very safe or very risky, and I’m not sure it really knows how to be risky. If by some miracle it got into power it would just blame Osborne for everything anyway (which would be both entirely fair and utterly hypocritical).

But for the SNP, it would be a real problem. If it traps itself in a cycle of retro politics it will find it hard to get out again. If you tell people that you can solve inequality through education or reindustrialise Scotland with tax cuts, then you really need to pull it off. And since it can’t be done the risk is that a cycle of retro politics turns into a spiral of decline.

On the other hand, there are a load of things we could do that would have a chance of working. A new generation of public rental housebuilding, an industrial policy to get Scotland manufacturing again, a food production policy that would get us eating local produce, making us healthier and boosting the economy.

Universal free childcare, a National Investment Bank, a land tax. A National Care Service to match our National Health Service, proper local democracy, policing rooted and shaped by communities. There are no guarantees in politics, but these ideas have a chance of shifting our economy and reducing our levels of inequality.

It’s just that these policies don’t think backwards, they think outwards. They are familiar to the many people who in the referendum explored what other countries are doing which Scotland could try and do as well. They’re just not familiar in the cosy sense of ‘I think I used to know that’.

I know what some of the SNP’s social media following will say to this – play safe, no risks, we have to win, the goal is long term, don’t think about individual policies, it’s about discipline.

We don’t yet know what’s going to be in the parties’ manifestos. This rather inauspicious start may just be them keeping their powder dry. But I think there is a way to tell what direction Scottish politics is going.

The council tax is broken and broken beyond repair. More people are in the wrong bands than in the right ones and the whole collapsing edifice is held together with sticky tape. We need a generational fix and in truth everyone knows it.

I know what some of the SNP’s social media following will say to this – play safe, no risks, we have to win, the goal is long term, don’t think about individual policies, it’s about discipline. My message to them is that there are always consequences. Always. And you’ll find damn few instances of ‘backwards to victory’.

My message to them is that there are always consequences. Always. And you’ll find damn few instances of ‘backwards to victory’.

Proposing policies which are safe but won’t work doesn’t get you closer to that long goal, it just places more barriers in its way.

So what is it? Change? Or the pretence of change? And if it’s the latter, for how long can we pretend?