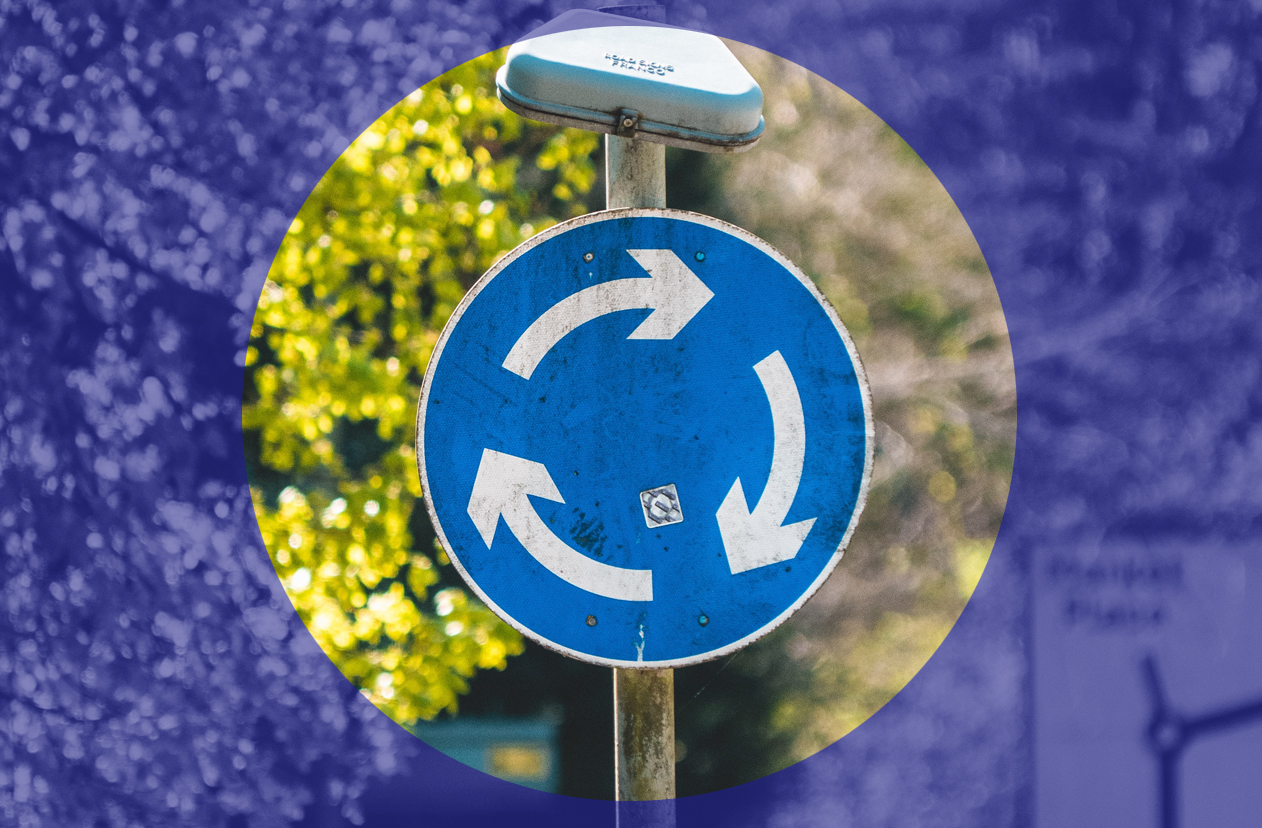 “Perhaps the most damning thing I can say about this report is I couldn’t really find anything in it that would be out of place in any Scottish Enterprise Annual Review in the last 40 years. This is continuity Scotland.”

THERE IS A PHRASE in one of the recommendations in the report of the Advisory Group on Economic Recovery (published today) which kind of sums up their problem.

It says: “The Group has not taken a view on a single best mechanism to ensure capital investment is prioritised to support economic recovery”. This is an issue. To understand why, think in these terms – the difference between communism and neoliberal capitalism is a disagreement on the best mechanism for ensuring capital investment in the economy.

I was ready to be angry at this report, yet very willing to be delightfully surprised. The one thing I didn’t expect was utter boredom. If you boil it down, it comes out as follows – do exactly what you were doing before, but a little bit faster and there will be a totally different outcome this time round.

Let me start by making clear the big positive: at least in terms of aspiration, it appears that ‘we’re all Common Weal now’. For years, we’ve been trying to get big issues on the agenda: economic decentralisation, an economy build on natural resource management, a green economy, a focus on wellbeing, a powerful National Investment Bank, and more domestic manufacture.

From arch-unionist Ronald McDonald to the Recovery Group, it seems everyone now agrees with us. That is definitely progress.

However, the next thing you’ll notice about this report is that, in the immortal words of Alicia Silverstone in Clueless, this is a “full-on Monet” – looks great from a distance, but not so much close up. I read the recommendations and thought there was much to like in it. Then I read it in full, and I realised I mostly just like its use of adjectives.

If you can work out how implementing all the recommendations in this report get us to the place it says it wants to get, could you drop me an email and explain it?

There is perhaps one really important recommendation in here that everyone must seize on – that the Scottish National Investment Bank be given capitalisation powers. That could be genuinely transformational.

Beyond that, hurray for training and apprenticeships – but training in what, to do what jobs, in what kind of economy? No detail. A job guarantee for under-25s – brilliant. But doing what, and what is it going to cost? No information at all.

Greening the economy – but one cursory mention of manufacturing in the entire recommendations? How do we make it green? Becoming a more resilient economy by becoming an even more open, foreign-owned economy? How do you do both?

Perhaps the most damning thing I can say about this report is I couldn’t really find anything in it that would be out of place in any Scottish Enterprise Annual Review in the last 40 years. This is continuity Scotland.

And credibility isn’t high in places. To place so much emphasis on foreign direct investment without stopping for a second to review the experience of that policy over the last 50 years in Scotland surely can’t be serious? I mean, Silicon Glen? Is that the plan? The reliance on foreign investors to transform our economy for us is less a plan and more a cry for help.

What I find slightly disorientating about all of this is that we’re facing the biggest economic challenge of our lifetimes, a challenge which is leading governments around the world to think the unthinkable – but in Scotland we’re thinking the thunk-to-death.

There are entire thematic elements completely missing. There is just no interest in manufacturing and this is odd since it places so much emphasis on the land as a driver of recovery. There is no mention of an industrial strategy – this is all nudge stuff, the usual tweaks and pokes.

There is no sense of what the economy to be transitioned to will look like. There seems to be an assumption that ‘it’s just green and that’s that’. To say this explains little about where we are shooting at is an understatement. There is talk of decentralisation but no mention of democracy at all – not once. Unsurprisingly Scotland’s feudal land ownership pattern will remain intact.

There are times when it is clearly in an argument with Common Weal. We’ve said, unashamedly, at this moment resilience comes from domestic production, domestic ownership and integrating supply chains. We absolutely want to favour Scottish business; this report is as best neutral on who owns Scotland’s economy and who captures the benefit.

It leaves the window open when it mentions the need to think about the balance between what we export and what we consume, but it is adamant that Scotland remains the poster-child for an globalised, open, neoliberal economy.

That is particularly strange given that it actually highlights the fact everyone else in Europe is doing the opposite right now and is planning to do much more of it. But us perpetual Scottish philanthropists give our wealth away cheap; they will protect their economies, while we’re going to be true believers in the free market.

Because in the end, that’s the issue here. If you read carefully, you’ll find out there are lots of mentions of partnership and joint working between government, the private sector and the universities. But read more carefully again and these are really all being led by the private sector; the government is just bringing the cheque book (with some conditions attached to placate critics).

And in the end the most striking thing is that there is next to no detail and no serious pricing or costing anywhere. Had Common Weal published this, we’d have been taken to task for lack of seriousness.

So what now? The first thing to say is that the debate about where we’re going is over. We’re moving to a green wellbeing economy. The question now is ‘what actually is a green wellbeing economy?’. Scotland is left with two visions. One is that we’ll get there by holding course, doing more of what we’re doing and repeating things we’ve done in the past.

The other is Common Weal’s vision for a future economy which is about more than just adjectives. It has detail, is costed and has been checked for legal compliance. It explains where we get to and how we get there. It is about changing course.

I expect now there will be the same process that happened after the publication of the Growth Commission – SNP supporters being asked to reject Common Weal and embrace this, safe in the knowledge they can talk about utopia without doing anything very much to achieve it, thus keeping all the business lobbies happen.

If you’re green-minded you may well want to grasp onto this and turn it into something meaningful through the sheer power of positive reinforcement.

But if that pressure comes to bear for loyalty, can I suggest you ask a simple question; how does these get us anywhere near independence? This plan, if implemented, will leave Scotland in debt and with an even more foreign-owned economy, even more dependent on London. I can’t see how you run a referendum in the next five years if this is your economic plan.

And if you just really, really want to believe in anything with the word ‘green’ attached, then please go and read the report and see if you can work out how it’s supposed to happen.

Common Weal has done the work here. We’ve created the vision for the future, we’ve built the language set to describe it, we’ve set out detailed and costed plans for how to get there, we’ve built up widespread support for this plan, we’ve underpinned it with a new and detailed economic framework. It has taken us six years of very hard work to do it.

The Advisory Group on Economic Recovery has tried to plot a different path to ostensibly the same place over the course of a few weeks using only the theories and tools we used before. It isn’t really the fault of the Group that it has clearly failed.

This is an essay, not a plan. It takes Common Weal language but removes our content (though on the language front, a hint – the National Arts Force could be interesting, but has the acronym NAF. Are these artists going to be sent into schools with badges identifying them as NAF – or do the kids have to draw that conclusion for themselves?)

The Recovery Group proposes what, for all intents and purposes, is the status quo ante. It isn’t realistic and it isn’t all achievable (or at least I won’t believe it is until they produce the detailed costings for their universal job guarantee scheme).

Time will be wasted pretending this is a solid body of thinking, like time was wasted pretending the Growth Commission was competent. If in doubt, I can only urge you to skip to page 33 and read the recommendations (not just the first paragraph of each).

The SNP can short-circuit that painful process. Say ‘thanks for the vision – we agree, but we’re going to do it through green reindustrialisation’. Only that is a coherent response to where we are and where we must go.