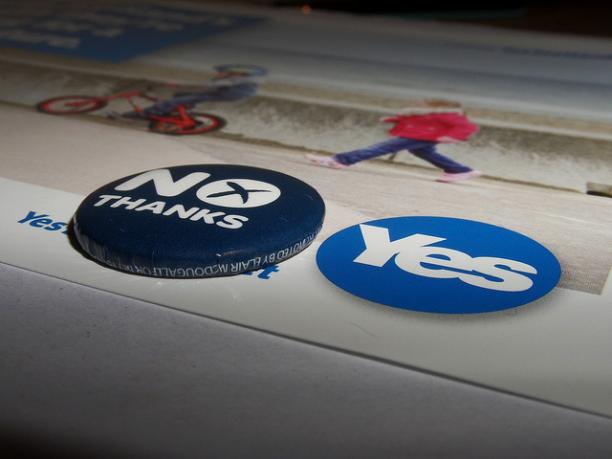 AS a political strategist by trade, I’d tell any client that if you’re in the territory of arguing over the difference between ‘forever’ and ‘indefinitely’ then you’re in trouble. And yet that’s where the SNP leadership is.

It’s not the only indicator that they’re in trouble; I’d be worried enough about the number of branches who are supporting amendments which fundamentally change the motion proposed by Keith Brown and Derek McKay. I’d be really worried at how many of them have voted unanimously.

And so there is certainly a hint that, to avoid having to provide answers about the gaping holes in the Growth Commission proposals, they wouldn’t be entirely unhappy if the debate turned into an internal feud in the indy movement, a personality-driven game of heroes and villains.

Let me therefore just be absolutely clear and up front about the Common Weal strategy; we want you to read the Growth Commission report. OK, not the whole thing which is very long and largely reads like a Scottish Enterprise annual report from 2002. But we really want you to understand exactly what it proposes.

And that’s why we’ve been doing short films to encourage people to ask questions. Our latest makes clear that we believe that the Growth Commission report accepts an unnecessarily high share of the UK’s national debt.

They say they’re not accepting any debt. We’ve done a lot of work on the subject and we know this – because transferring the debt is impossible. The debt is legally held by the UK Government and it can’t be passed around.

What they are proposing is to pay an annual sum to Westminster which is the same amount as the interest we’d be paying if we really had accepted the debt. But, unlike debt, this is a permanent payment with no expiry date. (We called that ‘forever’, they claim it’s only ‘indefinite’…)

They claim we won’t be paying it forever because eventually inflation will wipe it out. Except it’ll take quite a lot of inflation over rather a long time before £3 billion stops being a lot of money.

And what happens if Scotland really does get its own currency? If it devalues relative to Sterling (which would be good for Scotland’s exporters) and the Solidarity Payment is denominated in Sterling (which it must be because there won’t be a Scottish currency when it is agreed), Scotland’s annual cost burden could easily increase in real terms.

We then raise the concern that this is being done without even trying to negotiate hard on financial obligations to the UK. They say this is nonsense, they’re going to negotiate really, really hard.

‘But assets’ they say. If you look carefully, the claim is they’ll negotiate hard about our share of UK assets. But what leverage will we have since we’ve agreed to pay the £3 billion already? Which assets do we want in any case?

Which leads to another substantial issue – I just don’t think this is being proposed on the basis of serious work done. When Common Weal produced our report on negotiating debts and assets we did things like examine the UK’s asset register (listing the value of all public assets). We produced a plan for setting up a Scottish Defence Force to assess military asset needs.

We examined how to set up an embassy network and what IT infrastructure we’d need that we don’t currently have. We tried to work out the assets we need and then assess them against the assets the UK holds. And we discovered that there are very few we’d want.

The UK’s embassies are overpriced heirlooms, the defence assets are far too focused on overseas wars, other forms of infrastructure are much better procured afresh than accepted as hand-me-downs.

Then we examined international legal precedent and proposed a solid strategy for negotiations in which we don’t seek assets (other than our share of currency assets – gold and foreign currency reserves) but rather argue for either a ‘zero option’ (no assets, no debt) or a subtractive model (where asset values are simply deducted from any debt agreed).

Analysis: The SNP’s proposed currency position is not all it seems

There is no evidence that anything like this serious methodology has been undertaken by the Growth Commission. I mean, having conceded on the debt issue, what exactly are you going to do with the nine per cent of an aircraft carrier you’re going to ‘negotiate hard’ on?

Likewise the payment for shared services. There are so many reasons not to do this (why not set up our own public services and relocate the jobs to Scotland?), but even if we take it at face value, what are we talking about here? We’re giving £1 billion to the UK every year for unspecified purposes.

Again, when Common Weal did its work we assessed every single core government service not currently devolved and explained how to recreate the service in Scotland (and we costed this). As far as I can tell, the Growth Commission simply chose the £1 billion number because it is bigger than a million but smaller than a trillion. It doesn’t seem to mean anything.

Really, having read the above, does it sound to you like Common Weal is just making all of this up? If you’re an independence supporter, are you feeling confident you can sell this round the doors?

And remember, the SNP has said we’ve ‘misinterpreted’ the Solidarity Payment (which we don’t think we have). But we’ve also said that this whole ‘plan’ is unprecedented, untried, incredibly risky and likely to lead to very substantial economic harm to Scotland. Since SNP HQ hasn’t claimed that is a ‘misinterpretation’, do they accept the point? Will they debate?

That’s the mistake I think has been made here. It was working out better for the party HQ when they were pretending there was no such thing as Common Weal, no internal dissent and no queue of independent economists saying you can’t have an advanced economy without a formal monetary system.

Now they’ve engaged with us on this question, will they engage with us on all the other questions? We’ve not even done our films on things like the implications of being stuck long-term with the UK’s financial regulation and tax systems or the climate change impacts of a perpetual growth model.

Opinion: 15 ways the Softies have got this wrong

When this motion was published we had an internal chat and conversations with lots of our many contacts in the SNP. Everyone was absolutely united on one front; this has to be stopped. This will seriously damage the case for Scottish independence and so stopping it is the fight of our lives.

Common Weal is always out-gunned and under-resourced when we have to take on powerful lobby groups. We don’t have a fraction of the resources of the SNP leadership. We need to be clever and creative to get people’s attention.

And I’ll tell you what – we’re on our feet here. A number of SNP figures are getting up on their feet too. Branches all over the country are rising up over this. But so much of the work has been done by Common Weal, because I’m afraid that there just aren’t enough other organisations which have shown up for this debate.

Opinion: Why the debate about MMT in the indy movement is exactly what we need right now

But if this is decided in silence, without debate, without people hearing the arguments, without them really understanding what is being proposed, this ill-considered experiment might actually pass. And then we’re in really big trouble, because at that point the unionists will break the eerie silence they’ve been maintaining throughout this act of self-harm by the indy movement.

Shout ‘liar liar’ at Common Weal if you’ve read the details, heard the debate and still think we’re wrong. We welcome it, because all debate is important. We’re here to answer any questions anyone has about either our critique of the Growth Commission or our alternative proposals.

But whatever you do, get on your feet and make a noise one way or the other. Argue for the Growth Commission or argue against it, but don’t let this pass in silence.