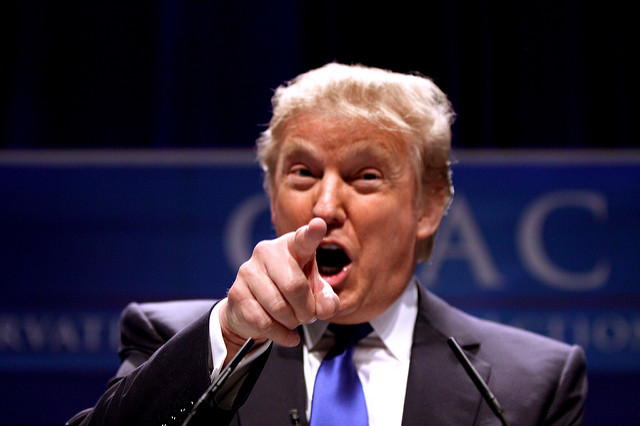 MY grandpa was stationed just outside Hiroshima shortly after the bomb was dropped. As a child I remember the artefacts he brought back with him – a beer bottle, picked up a mile from the blast epicentre, melted and distorted, photographs of miles of rubble.

I remember my childish head trying to square off the idea that one moment this was a lively, bustling city with children playing, people hanging out washing, waiting for buses, bored at work. Then in a moment – this.

I’ve been marching against the bomb since I was in a pram. The history of the nuclear bomb since those first uses at Hiroshima and Nagasaki feels to me like it descended almost immediately from the purest of horror to purest of farce.

Nuclear weapons are atrocity machines. They have one function and that function is an evil beyond thinking about. They exist for only two reasons.

At some point in the 1950s people started to notice that two of the monkeys had hand grenades. This caused fear and panic throughout the enclosure, people looking from one inscrutable monkey face to the other, thinking ‘surely he wouldn’t, surely he couldn’t’.

Then in 1970 the problem was completely solved via the ‘Only The Good Monkeys Get Grenades Treaty’ after which only four more monkeys armed themselves and people only had to live in constant fear for another 20 years.

That’s when the two angriest monkeys kissed and made up and happiness ensued and everyone totally forgot about the grenades.

Except 10 years after that a colony of killer ants attacked the monkeys. Flailing around in frustration the monkeys finally realised that the grenades were actually useless. But hey, who wants to be the first monkey to put down their grenade, right?

Mainly they are expressions of national machismo, sort of intercontinental ballistic penises. But conveniently they are also immensely lucrative.

In the confusion a mental wee angry monkey and a big orange idiot monkey get their hands on grenades and start pulling at the pin. At this point the cry goes up:

“DEAR GOD, WHY DO THE MONKEYS HAVE GRENADES?”

But it was too late because either everything is going to be completely fine or we’re all going to die.

Nuclear weapons are atrocity machines. They have one function and that function is an evil beyond thinking about. They exist for only two reasons.

Mainly they are expressions of national machismo, sort of intercontinental ballistic penises. But conveniently they are also immensely lucrative.

And when you’re that lucrative you can fund all the think tanks you like to come up with technical-sounding reasons for why nukes are an unfortunate necessity. You can buy political parties, civil servants, newspapers, trade unions.

Everything you’ll hear about nuclear weapons in this era of rising US-North Korean terror which isn’t an argument for their immediate removal is a fantasy. Non-proliferation is a spiteful joke. The nuclear powers simply use non-proliferation as moral set dressing for keeping others in nuclear subjugation.

Seriously, why should North Korea not develop nuclear weapons? The deal was that everyone else didn’t start developing nukes so long as the current nuclear powers started getting rid of theirs.

But I wasn’t even born when the Non-Proliferation Treaty was signed and let’s just say that progress towards disarmament of existing nuclear powers looks surprisingly like the opposite.

That, after all, is the Labour party position. It is 100 per cent committed to multilateral negotiations to end nuclear weapons so that Britain can disarm.

However, in this context ‘committed’ is best understood as ‘absolutely not going to do it, no way, not a chance’. The single biggest lie in British politics is the idea that Labour’s shoulder is pressed against the wheel marked ‘disarm’ and not the one marked ‘keep going until everyone is dead’.

But there is finally a light ahead which isn’t a nuclear afterglow. One hundred and twenty two nations fought against the desperate attempts of Britain and the US and the other nuclear powers to stop them.

There’s no question Jeremy Corbyn is as sane as it gets on the subject of nukes. If only he wasn’t being held captive by the post-imperial delusions of the Blairites and some morality-free trade unions willing to risk the incineration of children for a few quid in their pockets.

We can debate their flaws all you want, but the SNP has been the only major political party in Britain not wholly bought into the nuclear insanity. For many people Scottish independence was inextricably tied to a hope that Scotland could not only walk away from the insanity but send out a global message that the psycho-states do not have all humanity tied up and stowed in the hold of a nuclear sub.

In the weeks and months after we lost the referendum, I of course experienced many emotions. But I remember one of the most acute was a kind of guilt. I knew just how much hope had been placed in us by antinuclear campaigners from all over the world.

One of the reasons the British state put so much effort into defeating Scottish independence was the real risk that, in that global monkey house, one brave monkey might put down its grenade and walk away.

I mean, what if sanity became infectious? What if other people celebrated and it started a trend?

At the UN they began the process to create an international treaty banning nuclear weapons. It finally gives us a reasoned path to redemption over the things we have done.

But there is finally a light ahead which isn’t a nuclear afterglow. One hundred and twenty two nations fought against the desperate attempts of Britain and the US and the other nuclear powers to stop them. At the UN they began the process to create an international treaty banning nuclear weapons.

(Note to the SNP – how many Nato countries do you think have signed the Treaty? Did you really believe you could join the club and think for yourself?)

It finally gives us a reasoned path to redemption over the things we have done. It is a way to put this awful era of human stupidity behind us.

In Scotland we now have an international legal route which can quickly take us to nuclear disarmament – if only we can achieve independence. Passing the legal framework to end this is one thing; being the nation who begins the end?

That would be a thing for Scotland to be. Forget the sneering clever-clever from the London media, the condescension from the British establishment. Around the world, to ordinary people who do not believe there is any such thing as a good ‘balance of terror’, to them, we would be heroes.

In Scotland we now have an international legal route which can quickly take us to nuclear disarmament – if only we can achieve independence.

That would be leadership good people everywhere deserve. For the nuclear lobby – to the GMB and Jackie Ballie and Hilary Benn and Stratfor – Donald Trump and Kim Jong Un are absolutely the leadership they deserve.

Their pseudo-intellectual sophistry is wholly predicated on the nonsensical idea that only good and wise people ever get their hands on power, that us kids need not worry because only the grown-ups have the bombs.

Perhaps one day a young man from another land will be stationed on the outskirts of the rubble that was once Dumbarton. Perhaps they will pick up a melted beer bottle and take it back home. Perhaps one day his grandchildren will look incomprehendingly at the cracked, distorted glass.

Humans are not emotionally capable of possessing these weapons. How could we be? Their use crosses the boundary of humanity, a place devoid of emotion.

Now that we know that a Trump character can get the codes to our collective demise, surely the reality of these weapons must be dawning on you? If this isn’t a call to regain our sanity, what would be?

In fact, perhaps Donald Trump and Kim Jong Un are precisely the leaders we all deserve today. Now we just have to stop them. For good.