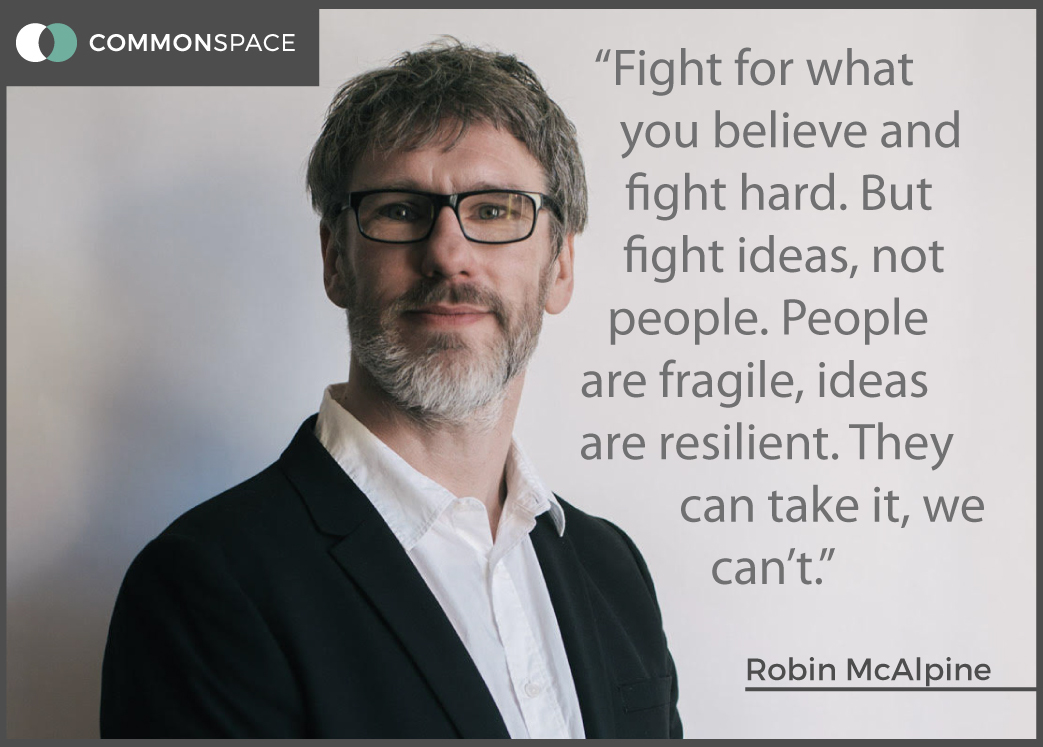 I get it, I do. Those who have power are permanently afraid someone is going to take it away from them. Those without power live in the hope that someday they’ll be able to have some for themselves. So those with power buy themselves armour and those without invent longbows.

Once three corporations captured all the money to be made from the internet, it feels like all that was left was to explore its potential for weaponisation. Suffice to say that between us we’ve managed. We’ve managed to take a tool for connecting person to person the world over and we’ve used it to cover everything with shit.

It began with people who didn’t have power organising through social media and other online forums, at first constructively and then, increasingly, destructively.

But (as I asked wryly of some of my more evangelical cyber-activist friends at the time), did we really believe the powerful were just going to let us have the internet as a weapon all to ourselves?

Just as we weaponised the internet, so did the powerful established institutions we were hoping to reform. The remarkable front page of the Sunday Mail this weekend is exactly how they did it. They look for anything at all from anyone at all on the other side and smear the lot of us with it.

In this case the term ‘kick their butts’ was presented as a direct call to violence, which it very clearly wasn’t. And to read this in a tabloid newspaper? A section of British life which has bathed the entire nation in despicable, odious bile for decades?

I mean, seriously tabloids; your attitude to muslims, to gypsies, to immigrants, to the young working classes, to those left on benefits, to the disabled? The language you used about them? It was you who taught us how to hate, what language to use.

On the other side we have parts of the new feminist movement. But I’m afraid that the drive to weaponise language and debate has at times been as bad here as in the tabloid media. The term ‘abuse’ is thrown around in increasingly meaningless ways.

The threshold for being a misogynist (i.e. driven by hatred of women) or a transphobe becomes lower every day. Some of what has been said and written has been way over the top.

And I get it. After thousands of years of men being able to inflict harm on women, I do understand how irresistible it is to have a weapon of your own with which to inflict harm back, to cause the kind of hurt and damage to others that you feel you’ve been subjected to by them.

But again, as you’ve done it – as your righteous desire for change has been mixed with elements of a less righteous urge for revenge – justice and retribution merge. Hurt is always justified, the sound of pain nothing more than ‘the sound of privilege being challenged’. They’re not ‘real’ people…

I ask again, did you think you’d be the only side to escalate? As the impression was given that (particularly young, and for some reason particularly white) men are the fundamental problem, that they must be changed and made to atone, that everything is their fault, what did you think would happen?

That being called a pig a lot is a good way to open someone’s mind up to things they might, if they reflected, want to change about themselves? What did you think was going to happen when someone came along to tell them that its not their fault, that they’re OK, that the problem is the other side? Attacking people changes them, but often not in the way you want.

If only all this permanent escalation of rhetoric and attack in every debate was limited to social media which could be avoided. But it’s not. It’s everywhere.

I watch appalled as Margaret Hodge and others on the right of the Labour Party drag political discourse to lows I didn’t expect to see. To call Jeremy Corbyn a ‘fucking antisemite and racist’ in the House of Commons? (Hodge denies the ‘fucking’ part of it, but the level of moderation she now brings to public debate makes me strongly doubt her denial.)

Rabbis offensively comparing Corbyn to Enoch Powell, three Jewish newspapers claiming Corbyn is an ‘existential threat’ to Jews in Britain – the horror of the holocaust becomes just one more weapon with which to hurt those you hate.

We seem unable to avoid attacking the person and not their ideas. Had Kezia Dugdale said Stuart Campbell’s joke about David Mundell ‘risked sounding a bit homophobic’ I might have had some sympathy. But no – it does more damage to call him himself a homophobe, driven by hatred of gay and lesbian people. Stuart isn’t a homophobe.

Opponents no longer make mistakes or get judgements wrong. They are always driven by something evil deep in their rotten souls.

I look back at the ‘cybernat scandals’ of 2014 and they look quaint. Remember when the BBC dedicated a 20-minute package on the hatred deep inside the hearts of independence supporters based on a tweet that referred to someone or other a ‘quisling’? These days Margaret Hodge would never knowingly be caught using such wishy-washy insults.

The solution to everything has become attrition, an accumulation of damage. ‘Look, I’ve found another mildly inappropriate tweet from a Tory councillor from a decade ago! Two or three more and Scotland will be independent!’

But the accumulation of damage just leaves everyone and everything more damaged. And fascism thrives on damage.

Every war is started by someone who thinks they’re ending the last war. We pick up a weapon, we aim, we cause hurt and pain. Then we aim somewhere else. Our eye doesn’t linger on those we’ve hurt; we forget to ask ourselves what they will do next.

But no war was ever ended with weapons. Wars only end when people put weapons down.

Public debate has become an arms race. Everyone who receives damage seeks to learn how to inflict the same kind of damage on others. Blood begets blood begets blood. Nihilism reigns.

I may be imagining it but in the political vacuum of the summer months, things now seem to get worse. What was the ‘silly season’ is now the nasty season. But then as I watch Labour MPs ‘swiftboating’ their own leader, I suspect the nasty season has become permanent.

I always thought that, in politics, you get more out of challenging ideas than you do from insulting people. For myself, I now think that its imperative that we change our ways. I’m always trying to change mine. The path we’re on leads places I don’t want to go, that you don’t want to go.

It’s not about weakness, timidity or fear of anything that isn’t consensus. Be robust. Fight for what you believe and fight hard. But fight ideas, not people. People are fragile, ideas are resilient. They can take it, we can’t.

After every war the future is created by the survivors. Who do you think will be the ultimate survivors of a hate-fest? And do you want the world they’ll create?

There’s a reason Common Weal’s slogan is all of us first… The emphasis is on ‘all’.