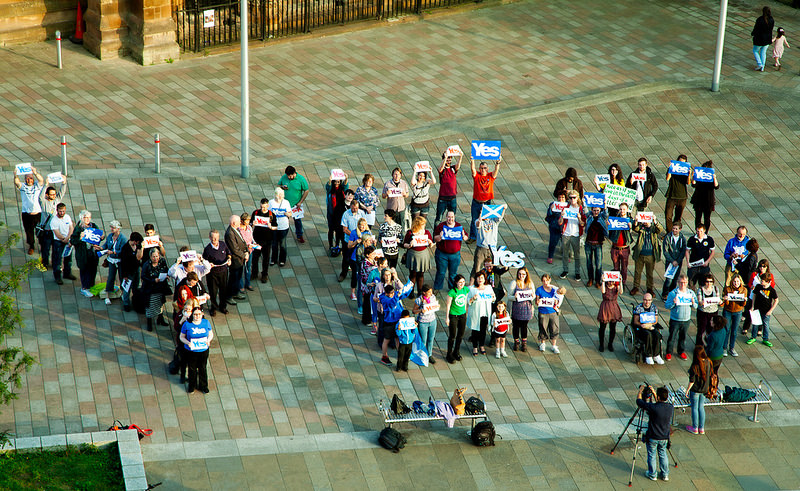 Exclusive: Robin McAlpine warns the independence movement against repeating the mistakes of the Brexit campaign

COMMON WEAL director Robin McAlpine has said the campaign for independence must be about more than “slogans on buses” to ensure a successful independent country and to avoid the Yes movement being faced with the same situation of “disarray” that Brexit campaigners are in currently.

The “think and do tank” Common Weal has announced the release of a blueprint for how to start an independent Scotland, which it says will arm the independence movement with the most important piece of work completed since the 2014 referendum.

“It isn’t natural Common Weal territory in that it is not trying to be visionary.“ Common Weal director Robin McAlpine

The think tank’s director Robin McAlpine spoke to CommonSpace as the release was announced, saying that the work was unprecedented for a think tank but was necessary as part of the campaign for Scottish independence:

“Nobody else in the independence movement was doing this work, and it isn’t natural Common Weal territory in that it is not trying to be visionary.

“It is about creating a future neutral vision of the future which could be used by anyone. We asked ourselves what the best way to build a new country was beyond a party political vision.”

Based predominantly on Common Weal’s 18-month-long White Paper Project, the book explores how Scotland would build its new systems and infrastructure – such as a Central Bank – how it would pay for it all and how much it would cost.

Some supporters of independence have been critical of the think tank’s work, arguing the best strategy for independence is to wait until a Yes vote before developing discussion about what the new country should look like.

Responding to this criticism, McAlpine said the movement must be “serious” about the reality of nation-building: “People are free to hold their opinions about independence, but the public is not looking for more slogans.

“Whether or not we could win on that kind of strategy, we would not be prepared for building a successful independent country.” Robin McAlpine

“There is no evidence that the public is sold on an argument of principle for independence.

“Whether or not we could win on that kind of strategy, we would not be prepared for building a successful independent country.”

McAlpine said emulating the “Brexit strategy” of slogans on buses could lead to a situation where advocates of independence were left in disarray after winning at the ballot box, just as those in favour of Brexit are now.

“Victory on one day at the ballot box is not enough. 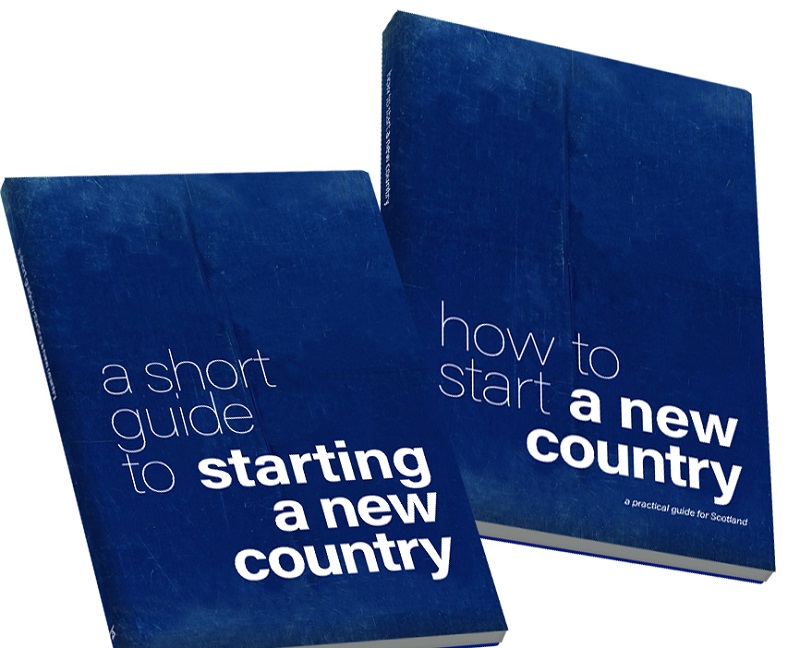 “That victory has then got to leave us set up and ready to have victory in building the country the people of Scotland want.”

McAlpine said he had been nervous for a long time about the project, which he says was very ambitious and covers an “enormous amount of detail”.

“Common Weal has been breaking barriers for a long time.” Robin McAlpine

“Doing anything in the public domain takes guts, and I’m aware we are dropping this project into a hostile environment.

“Think tanks don’t do this sort of thing all of the time, but Common Weal has been breaking barriers for a long time.”

Reflecting on the state of the independence campaign since 2014, McAlpine said there had been a lack of debate around ideas and strategy to the detriment of the campaign.

The veteran independence campaigner said there had to be a development of an “all-party/non-party campaign” for independence because the evidence we have shows that the reliance on the brand of one political party will not win independence.

“Others now have to engage in the questions that Common Weal has engaged with,” McAlpine said. “The next stages for the independence movement is to look at policy questions and create a prospectus for the people of Scotland that we all agree with.”

“The other thing we have to do is get to organised and have everything in place to start a campaign for independence now.”

“We need to move public opinion before a referendum and not just hope and wait and think we can do it during the referendum.”

McAlpine predicted any future vote for independence would fail if this did not happen. Another prediction was that similar to the role currency took in 2014, the issue of borders would be a complex argument in a future referendum.

“The other thing we have to do is get to organised and have everything in place to start a campaign for independence now.”  Robin McAlpine

“We don’t have the luxury of a long period of time to debate this, so I hope people find merits in the solutions we have proposed,” he added.

The book is aimed at two types of people, McAlpine said, those people who believe in Scottish independence but want to understand better how it would happen and for those who are open-minded, if even sceptical of independence, and want to make a personal assessment of the merits of independence.

Available in two formats, a short guide and a larger publication, the books will retail together for £12 or separately for £5 and £10 respectively. Copies can be pre-ordered on the Common Weal shop and will ship by 8 March.