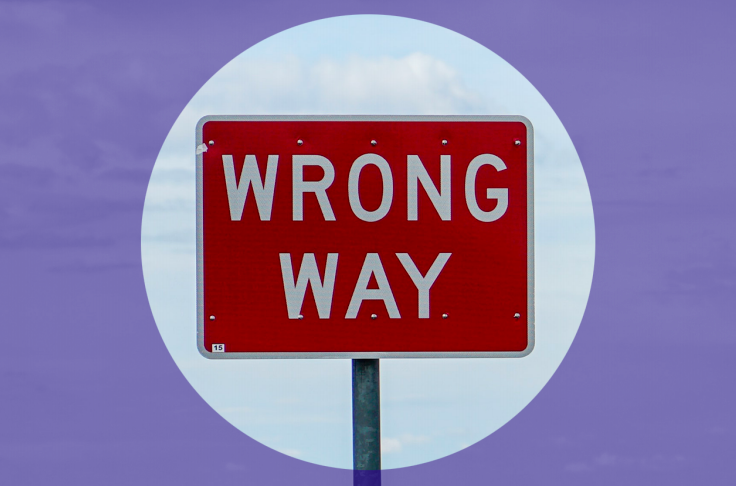 “The purpose of an experiment is to determine whether observations of the real world agree with or conflict with the predictions derived from a hypothesis. If they agree, confidence in the hypothesis increases; otherwise, it decreases.” It is time for the independence movement to get to grips with the scientific method. Something does not become […]

“The purpose of an experiment is to determine whether observations of the real world agree with or conflict with the predictions derived from a hypothesis. If they agree, confidence in the hypothesis increases; otherwise, it decreases.”

Which brings us to yet another simpering media interview with Andrew Wilson (in which the most challenging remark appears to have been about his cushions) and the same-old reactions to it from voices pro- and anti-independence.

The quote at the start is a simple description of the scientific method. Use knowledge frameworks to predict that something should be true and then seek real world evidence to increase your confidence in your prediction – or walk away from it.

What are Common Weal’s hypotheses about the Growth Commission? First, it would result in a national liquidity crisis in the event of an economic crisis. Second, it would result in prolonged austerity. Third, it would prevent entry to the European Union. Fourth, there are no answers to the above hypotheses which can be sustained under interrogation and so they are a liability for the movement.

Let’s try to use the ‘scientific method’ to work our way through this. Liquidity crisis – a Sterlingised independent Scotland would run out of money in a crisis and have to go to the IMF for a bailout. To test this we would want to identify a country not too dissimilar to Scotland and observe what happens during an economic crisis.

That’s not as easy as you’d think – there are only four nation states which use another country’s currency and Montenegro is probably about the most similar to Scotland. It has gone through the Covid-19 crisis (though not in the cack-handed way Scotland has – they locked down early so avoided the first spike and death toll we’ve had). So what happened?

Just a little over two months after their tourism industry collapsing they… went to the IMF for a bailout. This isn’t conclusive proof that the same would happen to Scotland, but it’s much, much stronger than baseless assertions that it wouldn’t. So let’s call that ‘confidence in hypothesis number one increasing’.

Hypothesis number two is easy because there is pre-existing real-world data. Between 2010 and 2016 (though it never really ended) the UK under George Osborne undertook a process of ‘budgetary discipline’ which became known as austerity.

For that period there is uncontested government revenue and expenditure data. In the Growth Commission there are some clear and simple-to-understand rules about spending always being at least one per cent below the growth rate, and a cap on public debt to GDP of 50 per cent. You can therefore simply apply the Growth Commission’s rules to the real world data and see what happens. What happens is that austerity gets worse.

The statement ‘public expenditure will shrink under Andrew Wilson’s proposal’ is, according to any version of the scientific method, a statement of fact. That is my confidence in our second hypothesis increased to the point I would call it true.

The third hypothesis is harder to deal with because there is no real-world data since no country has ever acceded to the European Union without having its own currency. The best available data is not empirical but legislative. The ‘Acquis‘ is the set of rules for entry into the European Union and it states that you need to be able to demonstrate your monetary policy is compliant before entry.

This is an important point that is lost in this silly debate. It is not enough that your monetary and fiscal policy is aligned with EU rules prior to entry, you have to be able to demonstrate that the alignment is a result of policy and not chance. Put simply you have to show you are capable of managing your interest rates via public policy.

There is no reading of these rules which would suggest you can join the European Union using another country’s currency. The hypothesis of the Growth Commission must be that the EU rules ‘wouldn’t apply to Scotland’ and that some deal would be made. Let’s just say that the law strongly supports our hypothesis and their hypothesis is not supported by anything beyond bluster.

Finally, we believe there are no answers to these questions. This is inevitably a judgement call, so go and rewatch Nicola Sturgeon’s interview with Andrew Neil, when she couldn’t answer any of these questions. Or go and re-read Andrew Wilson’s own attempt to answer these questions, even after having had three days to get his ‘thoughts’ in order. See what you think.

In social science it can be tricky to nail down what is ‘true’ – but its not that tricky. There is a scientific method for economics just like there is for astrophysics. Using it, the liquidity crisis hypothesis is in the category of ‘certainly looks that way’, the austerity hypothesis is ‘true’, the ‘no EU membership’ hypothesis ‘appears to be true based on the law’ and the ‘can’t answer any of this’ hypothesis ‘has substantial evidence in favour’.

But some people still want to claim that all of the painstaking work Common Weal has done on this can’t be trusted or isn’t real, purely because we’re not on the centre right of the political spectrum.

As a general rule I don’t like to focus my criticism on individuals who are not elected politicians – there is a moral duty to hold legislators to account, but they sign up for it whereas civilians who engage in public policy debate don’t. But Andrew Wilson is doing so much damage I’ll make an exception.

His proposals have been monstered by economists who were nominally members of his own Commission and the Guardian alone appears to have a sub-category of respected economic commentators writing articles that all sum up to ‘an independent Scotland is perfectly viable but only if it has its own currency’.

But no amount of informed criticism and no absence of real-world support (try finding economists who advocate for the Growth Commission currency policy) dents the sense of entitlement we get from Wilson. He has never once publicly engaged with the many serious critiques out there of his proposals – if that’s not arrogance and a sense of entitlement, I’m not sure what is.

He has no qualms about making life difficult for the independence movement. His concerted efforts to make the issues of pensions and mortgages (which Common Weal has patiently explained how to deal with) toxic (“you don’t know what’s going to happen to your pay, your pension) is nothing less than trying to cut our legs off so we can’t escape his Growth Commission trap.

And don’t tell me these are all issues for ‘after independence’, because the whole point of Wilson’s plan is that it ties the hands of democracy in Scotland for more than a decade after independence, condemning it to tight spending constraints whether an elected government wants that or not.