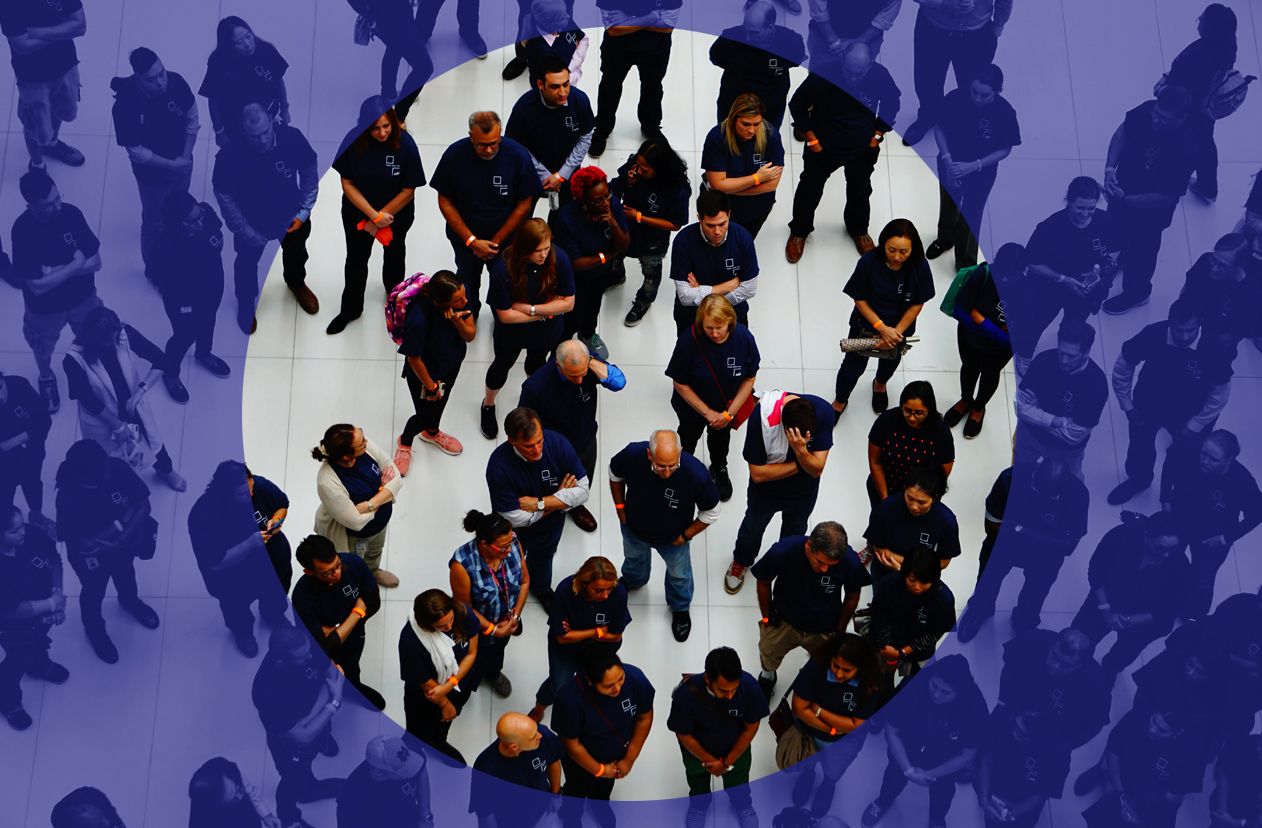 “If you put a hundred random members of the public in a room for a few weekends, what they produce really does badly expose the weakness of the political classes.”

I DON’T THINK there is really any doubt that Scotland’s democracy is in trouble. I’ve made my strong concerns clear and an awful lot of people agree. But thankfully there is still something that resembles courage and vision in Scotland. You’re about to see it and you should embrace it tightly.

More on that in a second. I just want to take a second to remind you some of how bad things are. From the appalling ‘Charlotte Street’ capture of the Scottish National Investment Bank to the SNP conference motion farce to the fact that it’s the Tories which are leading the Scottish Parliament with transparency and democracy motions, warning signs are coming fast.

It is a mess. Public agencies have become unaccountable empires outside of democracy, commercial lobbyists seem to decide the government agenda and conduct in public life is a real matter for concern. The impunity with which officials behave is actually quite breathtaking (as the debasing spectacle of memory-deficient, candour-averse evidence to the committee investigating the Salmond affair demonstrates). This aggressive disregard for transparency starts at the very top – it is no wonder the Scottish public sector is so awash with bullying claims when impunity seems to be the norm.

And when you’ve only really got one electorally-competitive political party in your country, and it is stripped of its last vestiges of democracy by the party officials who are supposed to defend that democracy, something is deeply wrong.

Just now, there is only one theoretical solution to this and it is the politicians themselves. But the upper echelons are complicit if not responsible for much of this – they surrounds itself with fearties who roll over and any politician that demonstrates evidence of a spine is viewed as a rival and undermined relentlessly.

So thank god for the public (not words you hear all that much in political conversation), because the public is simply nothing like as feart as the politicians.

Thus it is that if you put a hundred random members of the public in a room for a few weekends, what they produce really does badly expose the weakness of the political classes. Not only are they not scared or compromised, not only do they take their role seriously, not only are they willing to engage with vision – they seem to be just about the best hope for our democracy.

What am I talking about? Most of you will have largely forgotten that there was a Citizens’ Assembly set up about this time last year. Many wrote it off, and I too was worried it was set up to fail. Well, its members decided not to fail – and they may save us. They are not quite finished their work, but transparency means we actually know what they’re thinking (plus I have my moles…).

One thing which is locked in is a proposal for a permanent Citizens Assembly, not at the gift and favour of politicians but as a right. About a hundred people selected at random would effectively form a second chamber of the Scottish Parliament, chosen to represent the diversity of Scotland in terms of age, gender, geography and income.

In proposing this the Assembly is spontaneously replicating Common Weal policy (we were not invited to present to the Assembly, but they reinvented half of our policies all by themselves anyway, more of which you’ll hear about soon).

Our model was simple; Scotland doesn’t need a second chamber that slows legislation down, but it desperately needs a watchdog to oversee our politicians. Our Citizens Assembly would not have blocking powers or direct amending powers, but would have a right to decide what work of government and the parliament it wanted to scrutinise and could then dig into that unhindered.

Think of the things that would have been done differently if the Scottish Government knew it couldn’t hide the facts. A simple example – there would already be an authoritative, independent report into the ‘discharge of infected people into care homes’ and it wouldn’t be produced by people paid by the Scottish Government.

Politicians would know they can never ‘just get away with it’, kick it into the long grass or appoint their own inquiry and set their own remit – into themselves. Simply knowing that they would be regularly exposed for hiding, exaggerating, cheating or failing could transform how politicians view their duty to public life.

And some simple rules would fix so much else. Make it an offence for anyone, ever to seek to influence an Assembly Member. Ban lobbying. Everyone gets a chance to make their case – in session, on the record, no shenanigans. It would be so powerful, such a boost to democracy.

In fact, I imagine a lot of politicians would panic about this. They shouldn’t; they should remind themselves that there is a very good reason that trust in politics is in such decline and also that trust is just as essential to the politician as to society. It would encourage people to fix their mistakes, not cover them up.

We may have to fight to prevent this idea disappearing, but the sheer quality of work of these hundred people means I have hope this may yet happen.

It is not the only democratic innovation we could do with. If this did come into being, we’d have policy-setting (the Parliament) and scrutiny (the Assembly), but that would still leave us lacking vision. Here, we should return to the original plan from the Constitutional Convention process. It envisaged a permanent, standing Civic Forum.

This operated for a few years but was undermined throughout because some of the bigger partners thought they had enough leverage on their own and didn’t want to have to negotiate with smaller players. I’m afraid that caving into them and removing the funding for the Civic Forum was not Jack McConnell’s finest moment.

As long as you accept that the Civic Forum will be a mess, you’re fine. It can’t really be appointed democratically and defining ‘civic’ is difficult, so it would be a meeting place of whichever organisations wanted to turn up. Its remit should be ‘big thinking’ – coming up with ideas and vision that stretch above and beyond the interminable electoral cycles of parliamentary politics.

After accepting the mess, accept the fact that an inquiry into a subject might well result in three different reports backed by different coalitions of the Forum’s members – and realise that’s no bad thing. This body has no power other than to think and suggest. It is for the politicians to act or not act – but they won’t be able to say the big ideas aren’t there.

And crucially, you as a citizen will be able to see all these big ideas if you want. You can demand your politicians pay attention to the ones you like. It would enliven moribund democracy in Scotland and hopefully kick us out of this awful rut we’re in.

That would be my hope for Scotland’s democracy at the national level (the problem of local democracy is so bad that there really has to be major reform in the next four years). There would be a Parliament that decides, an Assembly that scrutinises and a Forum that thinks. It would be an entirely new model, but an exciting one. And there are no excuses – Scotland can just do this.

One of the things that is so gratifying about this for me is that it exposes the bluff of centrist politicians who claim their feartness is not their fault – it’s the public that won’t buy bigger ideas. Nonsense – most of the experience of Citizens’ Assemblies shows that they are much, much braver than the politicians who set them up.

I can only say over and over again that Common Weal’s policies are much, much closer to the real centre of Scottish public opinion than the Scottish Government’s. (The SNP leadership has been punting the line for a while now that we need the Growth Commission to win the centre ground represented by Morningside. This is utterly nuts – by housing profile, Morningside is about the 90th percentile, way at one extreme of wealth…)

We need to shake this mess up or we’ll regret it. There are few Scottish politicians I feel inclined to follow just now, but lots and lots and lots of ordinary people I’d trust to lead me in all sorts of wonderful directions.

So my very sincere thanks to those hundred ordinary people who gave up their time to think big about Scotland and its future. You have done us a great service and I’m right behind you.

Now, let’s make this happen and no more delving into the Massive Book of Excuses for Why We’re Feart that seems so popular with politicians generally and this administration in particular.