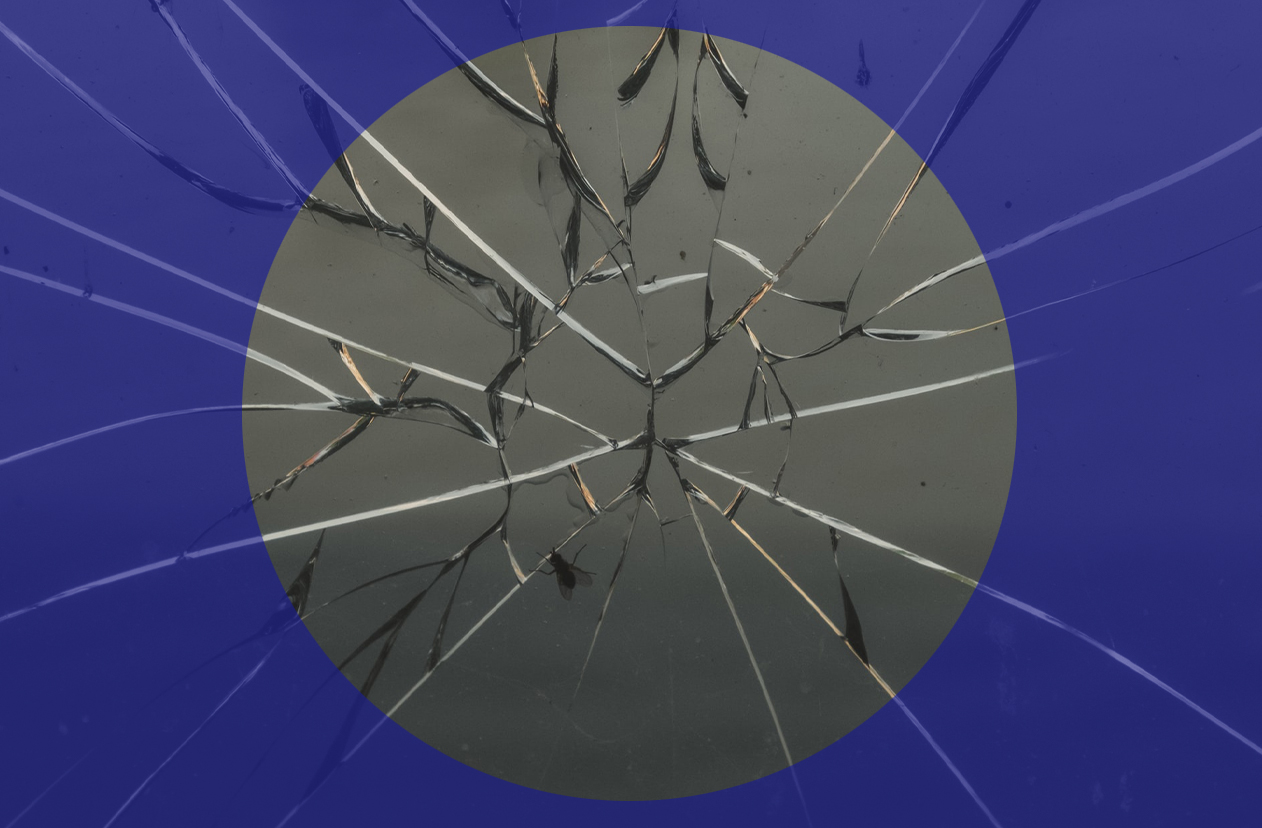 “The centre is broken. Its aggressive, controlling hands squeezed harder and harder until the things being controlled couldn’t take it any more and began to crack. The price is paid by others.”

IF YOU DON’T KNOW yet that civilisation is in crisis, then surely you realise it today. The whole political culture of ‘the west’ has been distorted and redesigned by one group of people – the so-called ‘centrists’. They bent it further and further and further in the certain belief it could not break. It has.

In the last week, the centrist leader of the Labour Party has expelled the previous leader of the party for saying one mild thing about a report which the report itself made clear was a protected opinion which was not in contravention of the report.

The Democrats in the US have struggled to land an election in which a Tellytubby should have been capable of beating the incumbent. Their centrist bureaucracy imposed a candidate barely fit for office on the party and are paying the price – when you try to recall who broke western politics as we knew it, save a number of lengthy chapters for Obama.

And in Scotland, the SNP hierarchy (it has stopped being a leadership) appears to have stripped the last pretence of party democracy from the SNP. Effectively, it has rejected all 138 motions submitted by branches in favour of six statements of patent nothingness written by apparatchiks.

In all three cases (coupled with the disgraceful way the Sturgeon regime has allowed the Scottish National Investment Bank to be entirely captured by the financial sector to which it was supposed to provide an alternative), the cause is the same. The cause is centrism.

Centrism is the most insidious political ideology of our era. It is based on the idea that there is only one ‘way things get done’ and that doing things in any other way is ‘outside the centre’. They then refer to anything outside the centre as the ‘far’ (far left, far right, extreme environmentalists, radical anti-racists).

The ideology delegitimises democracy as a concept. You do not choose, you select. There is a pre-identified range of acceptable rulers and you can make your selection only from them. If you get the chance to vote for anyone else, they are viciously demonised or simply disposed of (expel Corbyn, use the party apparatus to defeat Sanders, rig the NEC to prevent Joanna Cherry).

This tiny, tiny political class have taken control of all the levers of power and from there have used those levers not only to sustain their position but to deligitimise opponents. Common Weal is briefed against as being ‘radical’ (not least from SNP HQ) for proposing policies that wouldn’t look out of place for the German Social Democratic Party.

In this, centrists have formed a coalition with the financial and economic elite. It has been a merger of politics, finance and big business. Stock markets soar when Starmer’s and Bidens get elected, while the first ninister of Scotland believes it is appropriate for her key economic adviser to be a commercial lobbyist working for big business clients you’re not even allowed to know the names of.

The founding principle of centrism isn’t just that there is a narrow acceptable palette of policy powers and a single class of person who can be considered to have a legitimate right to access to those powers, it believes fundamentally that this is the only thing the public will accept.

There is paternal centrism (Blair, Clinton, Sturgeon) and there is competitive centrism (Bush, Cameron, Davidson). Nothing else is permitted, and the fundamental outcome for the financial and economic partners is exactly the same.

Only from here does victory stem. Their evidence is that the only people who were winning were them (which is a tautology because the only people standing for election were them, since they captured all the political parties).

And yet for ten years now, they couldn’t win a raffle never mind an election. The Guardian (home of the liberal centrists) clings to Macron as the sole victory, the hope and way forward. Sure they do – only his strange win with effectively 20 per cent of the vote isn’t running the other direction.

No-one is winning from the centre – except the SNP. And that is only because the SNP has effectively kidnapped everyone who wants any kind of change and is holding them hostage under the banner of ‘only we can deliver independence’.

How is this happening? There are three key dynamics. First, the total victory of saturating society with themselves. Just look at the top Scottish civil service and tell me they’re independent from the political leadership. Look at the newly announced Board of SNIB. Observe the perpetual revolving door between public and corporate roles. This ideology has colonised everything.

Second, centrists have the petrifying self-certainty of all autocrats. They do not believe there is anything they can do which isn’t ‘right’, because they have already defined ‘right’ as what they do. Starmer was clearly very certain that antisemitism is ‘easy’ (all you have to do is expel who you are told to expel). Expelling Corbyn is ‘obvious’.

In March, the Common Weal team were talking about SNP conference strategy (for October). I told them there was a good chance there wouldn’t be one and that if there was it would be stitched up within an inch of its life and that they would cite the technology. We didn’t waste our time.

Others did. We’re members of the Revive coalition and our lesson is that you can work for months and get incredible support from branches for grouse moor reform and it will still be watered down to nothingness.

Believe me when I tell you that the SNP is close to dead as a concern for civic Scotland. We waste our time with party democracy when it is incredibly hard to get anything done, and then the Scottish Government routinely ignores its own party’s decisions anyway.

A recent multi-organisation (some big, not at all radical) conversation I had was utterly contemptuous of the notion of trying to engage this conference. It cost £3,000 for an organisation to sit behind a computer screen for a ‘digital stall’. We get nothing from the SNP, they gouge every penny they can from us and then expect us to go away.

The third way they get away with this is that the centrists have hypnotised a lot of people to believe their propaganda. The US Democrats sold their soul to Obama in the primaries, reluctantly going along with Obama’s push for Biden. Prior to that, few if any wanted Biden.

The Labour Party sold its soul to Starmer, while he gives every impression of not really being sure what a human actually does with a soul.

But saddest of all for me is my beloved independence movement, which sold its soul to Nicola Sturgeon and Peter Murrell, so desperate were we for independence. Sturgeon/Murrell have frankly used that soul like face cream – they have spread it all over themselves and have positively radiated vitality as a result.

As I write, the Democrats in the US are sitting around wondering what the hell happened? Similarly, many ordinary members of the Labour Party can’t understand what the hell is going on. And the poor SNP members are suddenly realising what the deal for their soul has really delivered them.

I have a fundamental, personal view of politics, policy and ideology. There must always be compromise, there always needs to be negotiation, you absolutely must bring people with you. But you will never, ever know where you are going if you give up your soul. I have never seen someone in politics regain a soul they have handed over for short-term gain.

I am pretty well past caring about the soul of US Democrats – hell mend them, I say. I am talking to people in the UK Labour Left, and my heart goes out to them – they tried to keep hold of their souls but the UK media took them anyway with their coordinated destruction of Corbyn.

Until this morning, I believed the members of the SNP may finally be on the verge of demanding their souls back. I’m afraid that the brazenness of the hierarchy makes me fear those souls may not be returned.

There are solutions. Tomorrow in my regular column, I will write profusely about one which will soon land in your life from an unexpected source. Things are not yet lost.

But I warn you this; if you are not looking around at the mess of western democracy today and realising how dangerous it is to sell your soul, to follow without asking questions, to place trust (or loyalty) above your own judgement, then I’m damned if I can work out what you’re looking at.

The centre is broken. Its aggressive, controlling hands squeezed harder and harder until the things being controlled couldn’t take it any more and began to crack. The price is paid by others.

Today we could have seen an exciting win by a visionary President Sanders, welcomed by Prime Minster Corbyn who also has his Green New Deal ready, and was willing to talk to a Scottish Government passionate about really achieving independence.

We have none of these things. We have a failing elderly waste of space, a clown prime minister, a vacuous opposition mostly interested in opposing itself and a husband and wife who keep Scottish democracy in a little glass jar on their mantlepiece, covering it with a dark cloth any time it appears to stir into life.

The world is on fire, the economy is falling apart and there is no coherent path to independence under current leadership. Each of these is the fault of centrism. It’s why they keep losing. Will people learn this lesson this time, or do we need to fail worse and harder first?