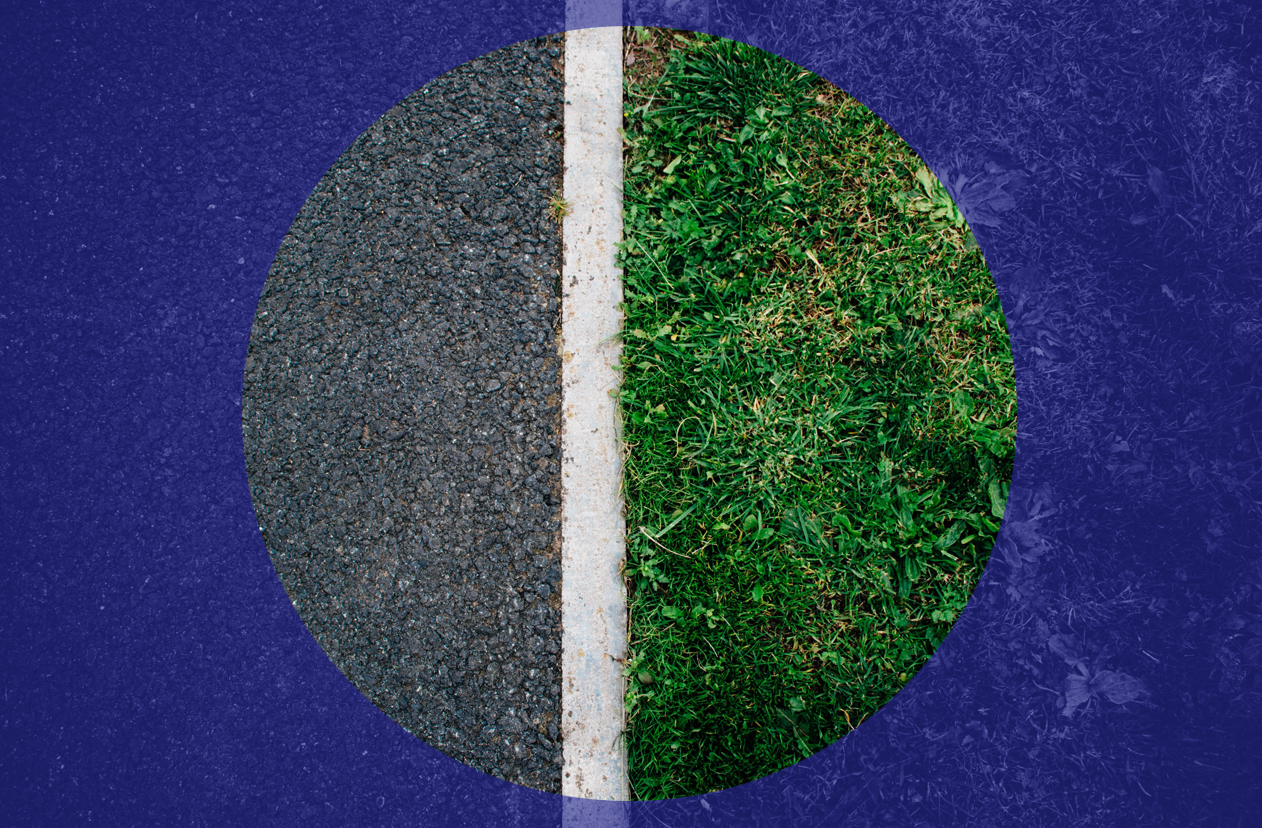 No deus ex machina is coming to rescue the independence movement. We’re on our own. Thankfully, our movement represents an entire cast of actors waiting backstage for their cue. Perhaps now it may finally come.

THE DEUS EX MACHINA was a device in ancient Greek drama, its literal translation being something like ‘god from the machine’. When a plot had got too convoluted or gone wrong, a fix was to have a god character descend onto the stage from above and simply solve the problem. Magically (or divinely), the problem went away.

Except it didn’t. A deus ex machina meant there was something fundamental wrong with the play and not many Greek dramas with this device survived because, well, they were rubbish. The need for the intervention is the evidence that the plot simply wasn’t fit for purpose.

And so it is with this daft idea that a possible solution to the blocked path to independence is an intervention from ‘the international community’. This is just a deus ex machina – a clear sign that the plot has been lost.

I want briefly to explain why this is the case, explain why it is straw-man arguments that got us here and explain (perhaps for the umpteenth time) what we need to do to end this pointless division and regain the plot.

First, our friends overseas. To understand why they’re not sailing to our rescue, it helps to know about the ‘Smith Doctrine’. I’ve named this after Alyn Smith which seemed a little ungracious in the circumstances – until I read the most ill-judged response to defeat I’ve seen which did not involve Rudi Giuliani in a garden centre car park.

I remember in 2012, Smith was telling people he’d had informal discussions with Spanish politicians and they promised that if we disassociated ourselves with Catalonia, made the 2014 referendum a ‘unique event’ and not a precedent for other EU countries, Spain would not act against us in that campaign.

The consequences of the Smith Doctrine live on to this day. I am closely involved with a number of European autonomy movements, partly because they couldn’t get any senior SNP figure to answer the phone to them (as far as I am aware, all the autonomy movements report this).

For example, time and again I met the representative of the international outreach arm of the Basque independence movement when they came to Scotland – and they could never get a senior meeting at Holyrood (though more recently, individual SNP politicians are starting to engage). While the first minister has repeatedly said she supports the right of people to self-determination, she has been much, much more circumspect about commenting on Catalan politics than say US politics.

I really hated this. I didn’t believe for a second Smith really had a deal and I was right – we ghosted the Catalans, but Spain did everything they could to interfere anyway. But I hated it on principle; I believe in solidarity with others and it felt like hypocrisy to walk away from friends.

So here’s my question – if a party of independence will walk away from what should really have been a close international ally for minor short-term benefit, what on earth makes us think that fundamentally anti-independence governments around Europe will come in to bat for us?

Lots and lots of EU countries have their own autonomy movements and the number is growing. The reality of international politics is as cynical as it gets – principle has next to nothing to do with it. There is as much chance of Germany pressurising the UK over this as there is of the UK pressurising Saudi Arabia to introduce miniskirts. It is simply not how international relations work.

So why is this a subject of conversation? It is a result of the disastrous debate about independence inside the movement. Because all moderated, sensible, collective ways of looking at these issues have been blocked and suppressed, and because the ones that have taken place (like inside the Scottish Independence Convention) have been ignored, we had a vacuum.

The SNP leadership didn’t want this conversation but the movement did, so it took place in a fragmented, disorganised way and much of it happened on social media.

This is of course the worst way to debate and decide anything and it did what social media always does – it polarised. The Sturgeonites retreated deeper and deeper into their position (Section 30 or Bust), while elements of the grassroots shifted further into theirs (Plan Bs, or Unilateral Declarations of Independence).

And then everyone did what everyone does these days – like my kids on Minecraft, they built their own worlds in which all this made sense. That required the creation of a lot of artificial boundaries – lines in the sand that weren’t drawn because they were actually true but because they had to be true to make sense of the worlds being built.

That needed the endless proliferation of straw-man arguments (arguments created solely so they can be knocked down). One side says ‘we can’t break international law’ (even though there is very little enforceable, relevant international law) and the other say ‘why ask for a Section 30 if we’ll be knocked back’ (even though that is a necessary part of the choreography).

But of course, because one side is dominant in this debate, the party hierarchy’s straw-men are much more imposing. And because of this, leadership figures had to plot a treacherous course through this world they built, hemmed in by artificial boundaries while weaving their way through a field of straw-men.

The destination was therefore virtually pre-defined. Pete Wishart’s view was inevitable – the solution is everyone apart from anyone who isn’t an elected politician. If the rank and file would go away, Pete et al would use the ‘legal’ mechanisms (that word over and over) in parliament, and if that didn’t work they would use the ‘global rules-based order’ to break the deadlock.

There really was nowhere else for them to go; this is the logical conclusion of an illogical journey. That’s why we’re in this mess now (lesson for your children – don’t suppress debate because it doesn’t work).

But here’s the thing – there is no legal mechanism for independence built into any nation-state’s constitution anywhere in the world. There is sure as hell no enforceable rules-based mechanism for doing this at the international level (the Vienna Conventions are about what happens once succession is agreed by both parties and the ‘right to self determination’ is not enforceable).

The repetition of the word ‘legal’ is the problem; surely people must realise that nation-states break ‘the law’ (loose as it is) all the time. The issue isn’t legality, but negotiation and recognition.

To be ‘legally’ independent Scotland simply needs to negotiate a deal with the remainder of the UK. To be ‘legal’ in international terms simply requires recognition – which will come easily as soon as there is a deal with the UK.

The ultimate legal position really is as simple as that (the legality of the steps on the way there such as a non-Section 30 referendum genuinely are covered by domestic law, but that’s a different issue).

The biggest straw man of the Sturgeonites is that the options are ‘good pupil’ or ‘outright barbarian’; that it’s ‘nothing until Section 30’ or ‘sent to prison like the Catalans’. And it’s total, total garbage. It muffles loads of voices like mine which are saying neither of these things.

We need to prepare the case with urgency (the Growth Commission is incompetent. We need to build a proper campaign infrastructure to be properly ready. And we need to develop a proper strategy for achieving independence which is not a load of straw-men and the presumption of a deus ex machina.

So far, so ‘you’ve mentioned that a couple of times Robin…’. But something is different this time. There is hee-haw chance of this happening through the Scottish Government (thank goodness – Lesley Evans in charge of Scotland’s independence anyone?).

But now it could happen through the SNP. The new NEC has the power to authorise all of this work (and hopefully extend it beyond just the party to embrace a wider movement which has done a fair bit of the work already).

And if we’re taking SNP HQ at face value, there is half a million quid just sitting there waiting to be deployed for this task (preparing for a referendum should fall comfortably inside the legal basis on which this money was raised). That would take us a long way and more fundraising would be easy if the movement trusted this initiative.

So a door is open and those on the other side of it with their shoulders pressed against it to keep everyone else out have been weakened. The opportunity is there and we can now choose to dump the stupid divide which has been created for purposes other than independence.

We’ve just got to stop listening to people who feign great wisdom while spouting nonsense that bears no relation to constitutional law, international reality or strategic coherence.

No deus ex machina is coming to rescue the independence movement. We’re on our own. Thankfully, our movement represents an entire cast of actors waiting backstage for their cue. Perhaps now it may finally come.