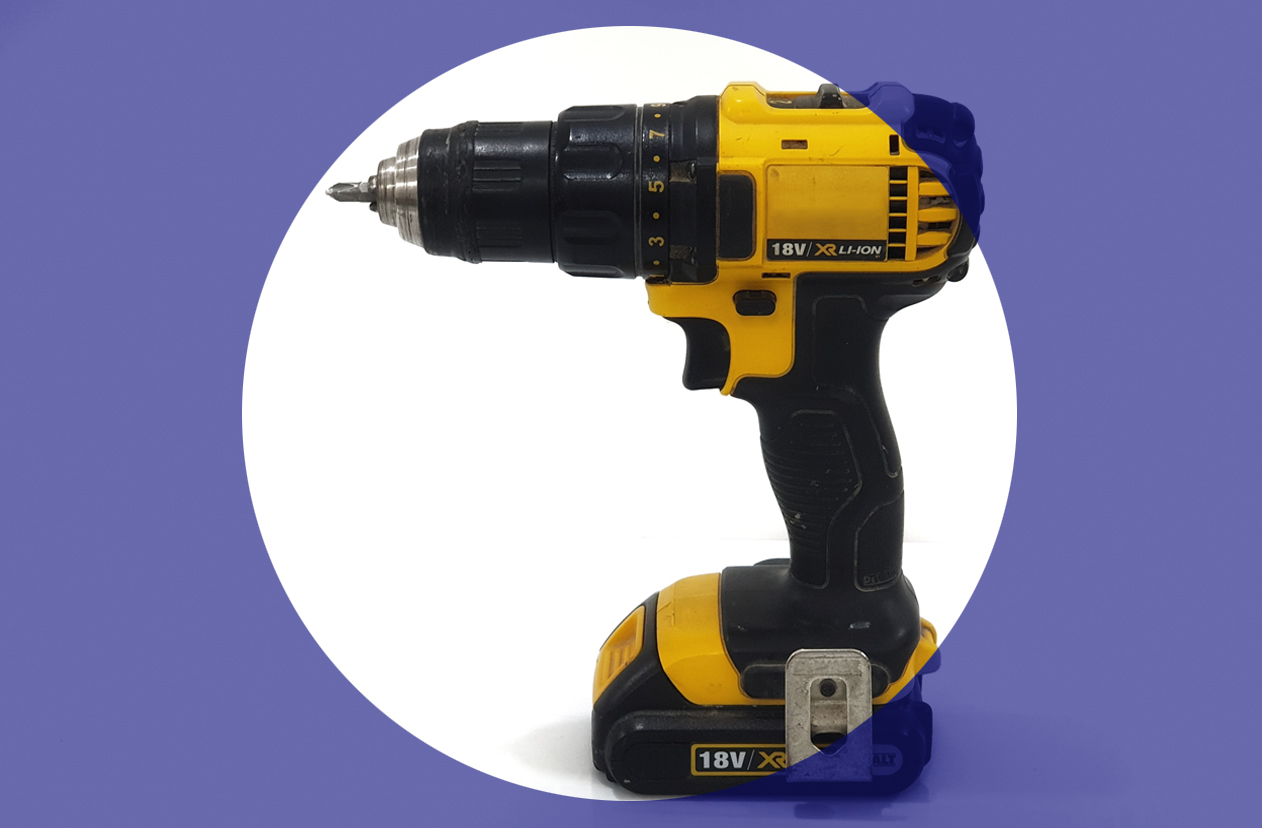 “I’ve been trying to describe an economy in which we have good jobs because we make high-quality products that people actually need and that we do it to high environmental standards. This has nothing to do with ‘finance sector games’; it shouldn’t be controversial or radical.”

Common Weal Versus the Virus: The virus is exposing the reality of the weaknesses in our economy, society and democracy. Over the last six years Common Weal has been showing that the weaknesses can all be fixed. Over the past few months, Common Weal Director Robin McAlpine has been writing a series of columns arguing that Common Weal policy is the best way to survive this virus and rebuild when its over. Today – the power of sharing

Since the start of the Covid crisis I’ve been trying to explore some of the real issues facing Scotland’s post-lockdown economy and to imagine what the alternative to a Great Depression might look like.

I’ve attempted to show that our best way out of the crisis is to make things, to rebuild an economy based on manufacture and production, to focus on things that matter and are useful and to get rid of the parasites (banks, property speculators and giant retailers) which sit between producers and consumers while soaking up as much money as they can.

I’ve been trying to describe an economy in which we have good jobs because we make high-quality products that people actually need and that we do it to high environmental standards. This has nothing to do with ‘finance sector games’; it shouldn’t be controversial or radical.

But there is still an assumption underneath much of the old-guard imagining of what comes next that it must inevitably be worse. For them, we just lived through a gilded era – and for them, anything else is clearly a sacrifice. This is what it looks like from the top.

That doesn’t mean there aren’t similar fears at the bottom. In the western world, we have been conditioned from birth to think about the future as being better or worse based on how much ‘stuff’ we can buy (it doesn’t really matter what the stuff is exactly, so long as we shop). Following the lead from above, many people think worse is inevitable.

So let me try to show you how it is most certainly not inevitable – in fact quite the opposite. All you have to do is change one word above – drop the word ‘buy’, replace it with ‘use’ and the problem begins to melt away.

The reason is simple – buying most things is terribly inefficient. Some things should last a very long time, but because buying means paying the whole load up front, we buy poor quality and then it doesn’t last, so we have to replace it. We pay more and get less.

There are other things we just don’t need to own. Famously, the average use of a drill gun bought from a DIY shop is about 15 minutes in its entire lifespan; we buy it to sit on a shelf. And there are things we never really wanted – the whole advertising and marketing industry is geared around pushing us to rash purchases we regret.

All of this can be circumvented through one not-in-the-slightest-revolutionary revolution – borrowing. This is the radical future as brought to you by Radio Rentals or a local library.

Let me describe it for you by imagining a fully-working, collectively-owned National Leasing Service (though actually half of it is very local). So, let’s log on to the website and let’s go.

The first tier is essential stuff that should last ages or be designed for constant upgrade – washing machines, fridges, freezers, computers. What do you need for you house? Tick the box. You’ll get the highest quality version of these you have ever had, designed to be constantly professionally maintained and repaired when necessary. Yours for a couple of quid each a month.

How? Because we’ve set up a high-quality, low-volume manufacturing centre which makes these things to a very high standard and specifically to be repairable and upgradable. (Washing machine looking a bit tired? Ask for a new facia during its next service.)

Yes they are more expensive, and yes there is a cost to the regular maintenance service that comes with it – but you’ll never know, because they last so much longer and the cost is spread over their lifetime. You’ll pay less, get more.

The next tier is stuff we just need to change our relationship to for the sake of the environment. Let me give you two examples. First, kids’ toys. If you’re a parent, you probably need a second house for the mountains of plastic toys that come with the average birthday party these days. Much of it probably isn’t even opened.

So having selected your core equipment, you sign up to the kids toys section – say 12 at a time (you could choose). Your kids can go onto the toy section of the website and browse toys for as long as they like (this is actually the bit they enjoy most…). All they have to do is send one back and they can get the next one. More, better toys – less cost, no waste.

Or what about fast fashion? Kids like browsing toys, grown-ups like dressing up. Don’t fight it, encourage it. Sign up to an outfit allowance – say 20 a year (look, I have no social life; let’s call it 40). In the Spring, you get an email with lots and lots of designs for the Autumn/Winter season from the burgeoning Scottish fashion design industry. Same again in the Autumn for Spring/Summer.

You choose the ones you want to see added to the clothes library and they get commissioned (and you can choose from quality fashion from other sources to add to the library too).

Then, we convert a shopping mall or big retail space near you into a fashion centre, with cafes and restaurants and bars and childcare. Lots of little boutiques have collections of clothes from the library to try on. Knock yourself out, spend the day. When you have your outfit or outfits worked out, book them for your event and they’ll be posted to you a couple of nights before.

And of course these will be very high-quality (goodbye polycotton), many made in Scotland and all cared for and maintained. You’re just not going to go to an event in some cheap disposable sweatshop garment again – and if you discover an outfit is just ‘you’, you can still buy it.

(For those thinking ‘I’m not sharing clothes’, I look forward to hearing how you would deal with the sheer volume of harm that fast fashion does other than prohibition. It can’t keep going.)

The next tier is stuff you just don’t need to own, like tools. Everyone would be close to a tool library and you can just pop in and borrow stuff as a member of the National Leasing Service – but since you know you’ve got that DIY at the weekend, you can log on and book the drill and circular saw you need just to be certain. There are far too many things that fall into this category to list. (How often do you really use your bike? A tennis racket?)

Finally, let’s get really radical with tier four. Here you get to play, because here we open the service up to small businesses. Because they’ve been helped to shift their business model to leasing, they are all part of the service.

So what do you fancy? I like playing music but have never tried the trumpet (I’ve got loads of old instruments I’m rubbish at). I’ve no idea – I might hate it, or it could be my instrument – so I’m going to give it a shot. I lease it for three months. If I like it, I could extend the lease. If I keep liking it, I could buy it outright. If I don’t? Back it goes – let’s try the violin.

Alternatively I don’t have a PlayStation, but I’d like to give Red Dead Redemption II a whirl, though I doubt I want a PlayStation indefinitely. It’s going to take me six months to finish the game, so I lease it and the console from my local games shop. I think I’ll try Forza Horizon on the Xbox next so we’ll swap that back.

See? I can have anything I want. Really, pretty well anything I want. I’ve set a maximum monthly spend on my account so I don’t go overboard, so the only condition for me having absolutely anything I can get in a shop is that I might have to send something else I’m not using back.

What do you fancy? What’s your thing? What little leasing shops are you going to put on your favourites list? What’s the thing you always wanted to try but couldn’t really justify or feared it wouldn’t stick? No reason not to give it a go anymore.

Yes, if you boil it right down this is indeed basically Radio Rentals. But it achieves truly amazing things. It transfers wealth from giant corporate retailers to, well, you (as well as the producers and the small leasing businesses). It slashes the environmental impact of your hobbies and lifestyle to next to nothing.

You get to do what you like – browse things, imagine yourself trying new things, convincing yourself that you might be good on that trumpet… And all the stuff in your life – all of it – is just better, as good as it gets.

This isn’t hair shirts, this is draping yourself in silk. There’s no sacrifice at all. It really is damn close to a post-capitalist economy in retail. It fixes so much – for people, for businesses, for the planet (and for the storage space in your house).

And you know what’s also quite amazing about this? We could start it all tomorrow. In Scotland. Without anyone’s permission. Fancy it?

Next up: so where are we now?