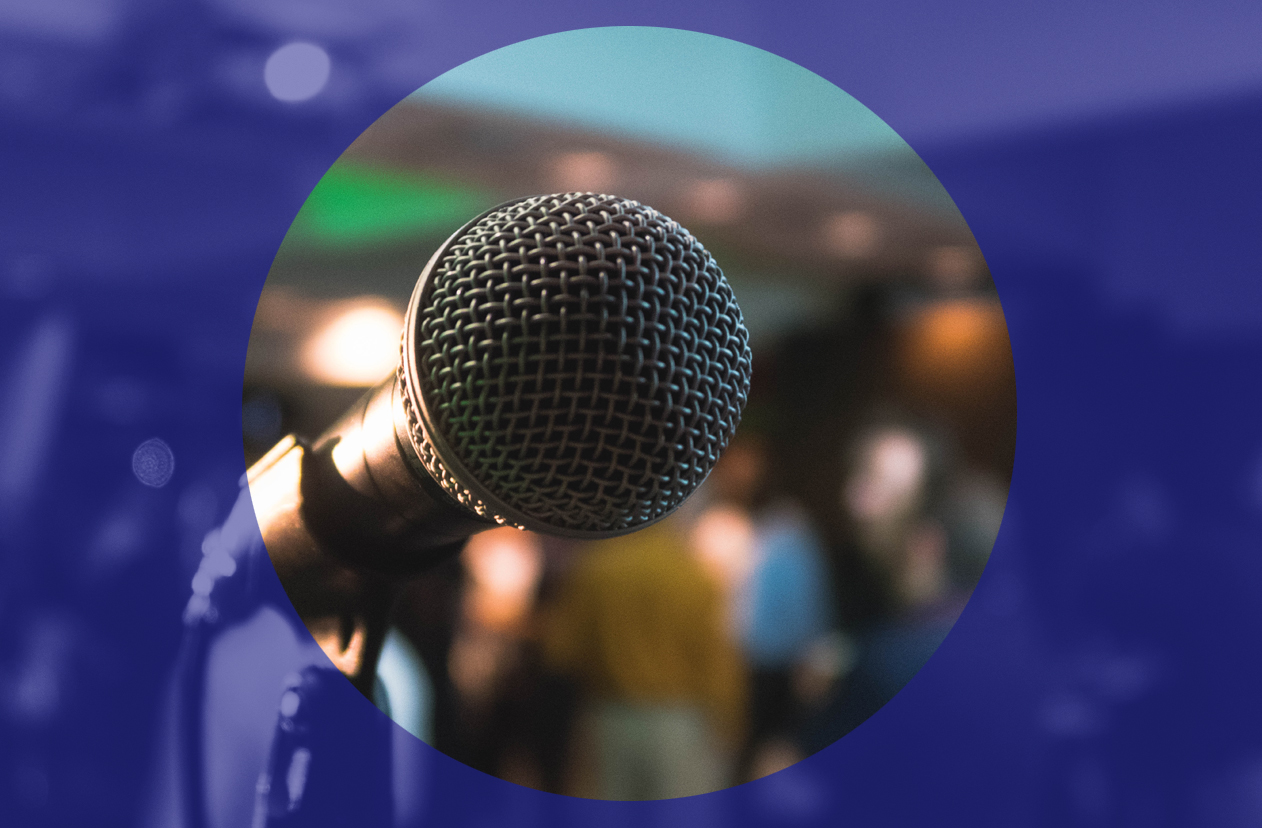 Common Weal Versus the Virus: The virus is exposing the reality of the weaknesses in our economy, society and democracy. Over the last six years Common Weal has been showing that the weaknesses can all be fixed. Over the next few weeks Common Weal Director Robin McAlpine will write a series of columns showing how Common Weal policy is the best way to survive this virus and then rebuild when its over. Today – political leadership.

POLITICAL ORTHODOXY in Britain has, over the last 40 years, been primarily shaped by big corporate interests. It doesn’t matter how often the ideologies of free market economics have failed, still they dominate the toolbox politicians believe they have at their disposal.

Common Weal has been arguing for years that it was a matter of time before this ideology would meet a test it had no chance of dealing with – this virus is only a rehearsal for a string of economic shocks which will come with climate change.

As we have clearly stated, orthodox UK politics was going to meet a test it couldn’t cope with; in fact which it couldn’t quite believe was happening (even last week serious economists were writing that this ‘might’ result in a recession – a startling understatement of reality).

So without the usual cycle of deregulation and privatisation for the corporate realm and consultations and ‘tough choices’ for the public realm, there was early paralysis in decision-making.

It was clear from day one that there was no rescue plan that could keep the economy ticking over for the next three months as if this wasn’t happening. An ideology based on producers and consumers drive by debt finance without proper regulation doesn’t survive when there are no producers, no consumers and nothing to finance.

Politicians should have realised this on day one and put the economy into a kind of medically-induced coma and focused instead on citizen welfare, as I argued here and here.

The reason this really, really matters isn’t so much the survival phase as the rebuilding phase. If we rebuild Scotland’s economy with the tools that left it vulnerable now, we will clearly have learned nothing and will be setting up an even more damaging crisis in the future.

And this is happening in real time. I urge everyone to understand this properly; we have weeks to come up with a serious recovery plan or we’ll sleepwalk into a Great Depression.

Is our current political leadership up to it? I doubt it. So what’s wrong and how do we fix it?

End the practice of Herd Immunity

Until the last few days the official approach across UK politicians was to achieve herd immunity – but only for themselves. They stuck rigorously to the orthodoxy as a herd so they would be immune from criticism individually.

The early attitude was ‘better to be orthodox and pay the price than do something unorthodox that might actually work but puts my PR image at risk’ – until (at Westminster at least) they realised the scales were tipping in the other direction and inaction was the PR threat.

As of today, the Scottish Government clearly doesn’t have the nerve to put in place a legal lockdown, so it has put in place a voluntary one. But then it tells us it’s not voluntary, though it really is. Avoiding the difficult decisions but pretending you’ve made them anyway isn’t leading. As of tomorrow, they might nationalise ScotRail because the UK did it today. Being Boris Johnson’s echo isn’t leading.

Where is Labour? Where is dissent? Where is any serious thinking? ‘Wait for Boris and agree’ may prevent others being politically isolated – but it won’t fix anything.

We live among a generation of politicians who pride themselves on thinking small, on being careful managers and no more. This is the moment for big thinkers – and I can’t see any.

A number of turning points have already passed and they’re coming thick and fast. The first thing political leadership in Scotland has to do is raise its eyes.

Politicians huff and puff during crises because they want to look active and reassuring. In reality, most of what needs done in a crisis like this is handled by public officials. Given that all the genuine emergency stuff that can be done is at Westminster, in Scotland we should be preparing for what comes next.

All being well, Scotland will reopen perhaps in June to a devastated economic landscape. It’s nearly April. There are weeks in which to be ready for that moment, not months.

Do Scotland’s politicians understand this? Or are they just going to wait and see?

Don’t switch off your brain – this is political

It has to be said that the UK Government has now appeared finally to understand the seriousness of the situation. But while a lot of money is going to need to be thrown at this, where and how it is thrown is really important.

So when people tell you this isn’t a moment to be ‘political’, be angry. This is the most political moment in your life.

For example, Common Weal would always argue that the constituent parts of a society are its citizens and so it is citizens who should be the focus. The Tories at Westminster see society as made up of businesses (while the Scottish Government seems to believe that the fundamental building block of society is hoteliers and landlords).

The difference between a Universal Basic Income and a wage guarantee is very substantial indeed. Who you save first in a crisis tells you a lot about what is going to happen next (and on this the UK Government has been suspect and the Scottish Government appalling).

This is a massive global political crisis. There are options – but they’re certainly not unlimited. There is an authoritarian solution. There is an interventionist solution. There is a disaster capitalism ‘solution’ (not many people would consider this outcome a solution). There is a kind of ‘off-grid’ solution (just accept everything breaks down and start planting potatoes in your garden).

There is a hibernation solution (my preferred option). There is a restructuring solution (the only reason it’s not my solution is that there needs to be stabilisation before there is restructuring – that’s for next month).

What there isn’t is a technically correct solution. This is about decisions, so it’s political. In fact, this may be the single most political thing you’re going to experience in your entire life. This is politics distilled into its more intensive form; this is the very future being decided in a few weeks.

So when a politician says ‘this is not political’, they really mean ‘I have no idea what I’m doing so please, no scrutiny’. Frankly, if they don’t want this to be political, they should move over.

Nicola Sturgeon is a good public communicator. She also has a reputation for good micromanagement (though I find this hard to stack up against the evidence). That’s pretty well it – her biggest supporter wouldn’t call her a big thinker or courageous when it comes to policy, and her track record in government is littered with failure after failure.

We are three weeks into this crisis and so far all she has done is read out statistics and pre-prepared comments in an authoritative voice. We could have swapped her for Alexa and no-one would have noticed.

(I remain gobsmacked at how gullible Scotland’s commentators are when they praise Sturgeon for ‘sounding good’. It’s what you do that counts, not your power dressing.)

The sum total of activity so far (other than letting public sector managers get on with it) has been to reassure landlords they’ll be protected (but not tenants) and to cancel an imaginary referendum.

To be fair, this whole affair has shown just how limited the powers of Holyrood are when it comes to the economy; all the big policy weapons are at Westminster. But it took weeks for the SNP group to start mentioning a Universal Basic Income – by which time it was already to late. They’re following, not leading.

Sturgeon’s era has been easily the most conservative since devolution. In her entire career she has never once shown the kind of boldness or vision that is going to be needed in a couple of months. That wouldn’t matter so much if she had ever shown the ability to work with people who do have vision – but she avoids them like the plague in favour of corporate lobbyists.

If Sturgeon tries to lead Scotland out of this moment (alone, as always) then Scotland is in trouble.

Vested interests must be stopped

There are times when government in Scotland looks like a brokerage system for vested interests. Refusing to put in place either stronger freedom of information laws or a lobbying register that is anything other than toothless, the Scottish Government has instead been excessively close to lobbyists.

This was damaging before; it’s about to be positively lethal. First in the door will be Edinburgh’s financial sector looking to ensure its ongoing profitability (undermining everything else that will need to be done). Second will be the housing lobby who will be looking for stimulus to get house prices rising again (nuts). The landlords have already got theirs.

Then it’ll be retail looking for business rate cuts and then big builders who will want PFI as stimulus. Serco will currently be preparing a tender for taking over the emergency rebuilding programme and the Big Four accountancy firms will right now be expecting that the post-crisis economic strategy will be drawn up by them.

None of this will work but it will absorb all of the Scottish Government’s time and money. It is this more than anything that will turn a three-month crisis into a ten-year crisis. They must be stopped; we need a government that is governing, not handing out favours to the powerful.

But I also believe absolutely that there is already strong public support for a different kind of economy and that this crisis will make that opinion much, much stronger. If the Scottish Government sets itself up as the people to defend the Scottish establishment from a public desire to change then it must be stopped.

Step one is to end talk of suspending democracy, which (shamefully) appears to be coming out of the Sturgeon administration presumably aware that it will at some point be judged for its paralysis.

Planning should take place now for a series of televised public hearings at which coherent proposals for what to do next are submitted and a rapidly-assembled citizen jury (with professional support) can explore and examine these ideas in public and advise government on the outcome.

Anyone should be able to present a proper proposal to these hearings. This would be a genuine national policy debate at exactly the time we need it most. The Scottish Government is muttering about suspending democracy so it can be stitched up in private. This is wrong in every possible way.

At Common Weal we are already working on a major ‘Marshal Plan’-style rebuilding programme and we believe that in the next few months Scotland should implement a full industrial strategy which stimulates the economy, creates employment and transitions into a full Green New Deal – the Common Home Plan.

Organisations like us have the same right to a public hearing as Secro and RBS. Commercial interests don’t do big public thinking – as they relentlessly tell us that their only accountability is to their shareholders.

The cartels which have taken a steely grip on Scotland in recent years need to be challenged. We need a radical unity in this country that puts All Of Us First and a real injection of big ideas and vision.

Facilitating that would be political leadership; suspending elections is the opposite. Time is running out already. We don’t get two shots at this.

Next Up: the virus and Scottish independence