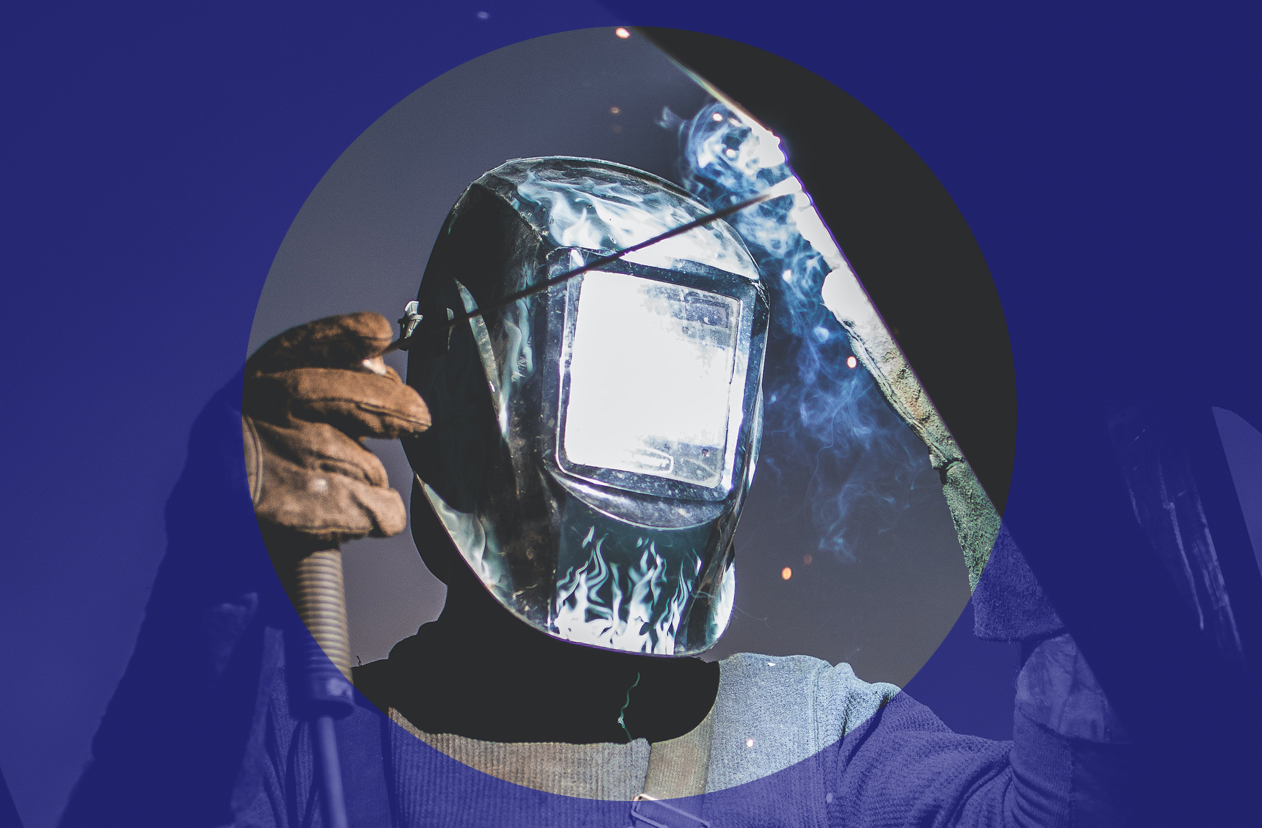 “The renewables failure is purely a result of horrendously bad policy decisions and the cause of the failure is an obsession with inward investment. Inward investment is what is destroying our industrial base.”

IN THE CURRENT MESS which is public policy debate in Scotland, it feels like nothing sticks. Big issues arrive, get covered and then disappear the next day, treated like curiosities. Into this intellectual black hole is sucked the the single biggest political failure of our era – the failure to reindustrialise Scotland on the back of our renewable energy resources.

But the mess sprawls on, because within a couple of days of the BiFab calamity the Scottish Government is trumpeting yet another inward investment strategy.

This, it claims, will create five times as many jobs as were promised (but never materialised) from renewables. This number lacks any credibility and simply shows that the Scottish Government doesn’t understand that these sorry tales are inextricably linked.

So let me make a simple case here: the renewables failure is purely a result of horrendously bad policy decisions and the cause of the failure is an obsession with inward investment. Inward investment is what is destroying our industrial base.

First, renewables. Renewable energy has two sources of value for Scotland – the value of energy generation and the value of supply chains. It is entirely possible to capture both of these values, yet we have failed on both.

There are a couple of ways you could do it. Under the previous administration (the Salmond era), the conditions were put in place to enable the Scottish Government to take some stake in the big energy generation facilities, basicaly capturing some of the ‘planning gain’ (the financial benefit that arises from public planning decisions).

Now I was reasonably critical at the time because it was still allowing control and the largest share of ownership to lie with big business and there were no Scottish-based businesses likely to be able to take that ownership (I’ll cover the problem with overseas ownership in a second). But it looks positively visionary now in comparison to what has actually happened.

The other way (which I greatly favoured) was to do it the Norwegian way. That would have involved a ‘build, operate and train’ contract. It wouldn’t be realistic to create a fully autonomous state energy company overnight because of the scale of the recruitment issues, but there is another way to do it.

When Norway discovered oil, it lacked relevant engineering expertise and a trained workforce, but they chose not just to ‘hand it over’ to the private sector. Instead they signed a time-limited contract with a large engineering company to build and operate infrastructure, and to train the workforce. At the end of the contract, Norwegian oil extraction was wholly publicly owned and wholly autonomous.

Scotland should have set up a National Energy Company and taken the same approach – appoint engineering consultancies to do the engineering, not energy multinationals to own the rights to the energy.

That would have captured the energy value; the supply chain value is where the real scandal is. It is not just that this would have created a lot of really high-quality jobs, it’s that it would have created a large industrial base capable of diversification and the pursuit of other large contracts. It was more than a business sector – it was a foundation for an entire Scottish industry sector.

The excuses for why this has not happened are just rubbish. The EU is the perpetual bogeyman the Scottish Government blames, forcing hardcore neoliberal policies on Scotland through procurement, state and competition laws. This is not entirely false (and you ‘progressive Europeans’ need greater acceptance of how insidious EU economic policies actually are).

But I’ve been campagning on this for over a decade now – Scotland chooses this interpretation. Every other country in Europe finds endless ways round these rules. Scotland wants to take the most restrictive definition possible because of corporate lobbying and agency capture.

Big business writes Scotland’s strategy and with barely any Scottish big businesses, overseas predators run the show. Suppressing the ability for Scotland to capture supply chains improves their profits and this is what the lobbyists want (and a commercial lobbyist is the main economic adviser to the first minister).

There are too many ways round EU rules to list here, but there is exemption (research of national economic importance can be exempted altogether, so use ‘smart procurement’ to include a research element in contracts), conditionality (there’s a host of conditions you can apply to tenders which even the field, like training, social justice and environmental criteria) and ‘do it anyway’ (someone has to actively challenge your decision, and the rules are largely suspended just now).

There are also too many examples of how other countries ride a coach and horses through ‘the rules’ to list them here, but here’s one example: by law, 50 per cent of the public procurement of food in France must be ‘local’ and ‘organic’ – and there has been no challenge to this.

Plus, if this was done via the National Energy Company, the supply chain could be ‘vertically integrated’ and much could be taken out of the procurement process altogether.

This could have led to a Scotland already teaming with new large factories making our renewable energy equipment. It’s not just that we’ve lost this chance – it isn’t coming back. There are more chances ahead, but these are lifetime choices, opportunities lost forever.

Of course, the Scottish Government could also have set supply chain conditions during the licensing phase, but this is where we get to problem two – inward investment. First, no doubt can be left that multinationals will support a domestic supply chain over their dead bodies. Long supply chains and cheap labour are the basis of their business model.

But inward investment is good, right? No, not at all. It can be – if an overseas entrepreneur actually decides to add value by locating a brand new manufacturing plant in Scotland over and above what would have been there anyway, great. But go on, name me some examples.

Think about it for a second – it’s not an investment unless the investor takes out more than it put in. That money has to come from somewhere, and it’s the Scottish economy. That’s one thing if the value was created by the investment, but it isn’t; it’s the asset (the seabed license or whatever) which contains the value and the investment is just about taking it away from Scotland.

So how much does it take away? The measure is the gap between Gross National Income and Gross Domestic Product – basically how much wealth stays or comes into Scotland versus how much is generated here.
The last year for which data is available is 2017. In that year, £9.2 billion more was taken out of the economy than was brought into the economy.

Was this a blip? No. There is no year since 1997 in which Scotland’s GNI was higher than GDP. Over that time, the cumulative loss of wealth to the Scottish economy was £233 billion. The only countries in Europe with a worse record on GNI are Malta, Cezchia and Ireland (because of Google and Amazon).

Inward investment has been touted as ‘Scotland’s saviour’ since the 1960s. There was a virtuous period when Scotland attracted a lot of valuable component assembly work (generally known as ‘Silicon Glen’), but that was all but over by the time Timex closed its Clydebank factory in 1980.

By the time we got to the Chungwa disaster in the 1990s, the game was up (more was paid in public money as subsidies to the company than was ever paid to workers in wages before the the company pulled out, meaning government would have been better off paying the workers directly to stay at home…).

But Scotland was then captured by a financial elite and the whole focus shifted to what ammounts to asset-stripping by foreign business of Scotland’s economy. Which is what brings us to today and the renewables disaster.

Once when I was a kid, I nagged and nagged my mum to let me make real lemonade with real lemons. She finally relented. I remember lifting the blender when it was done, only for the bottom to come off and a steady stream of my hard-fought-for lemonade simply leaking out all over the floor. It leaked steadily, but at a rate much faster than I could get my hands on a new container.

Powerless, I watched as my big experiment fell apart in slow motion, and there was nothing I could do but cry.

It is how I have felt for a decade as I have watched this government piss away Scotland’s economic future for the price of a pat on the head from the Charlotte Street financial set. It was our future, and it has been sold off for trinkets and PR.

There are times when I feel that Scotland’s failures are so deeply its own making that I shrug and tell myself ‘hell mend us’. There are other times I get positively Molotov Cocktail in my renewed determination to up my (and Common Weal’s) fight against this utter, utter betrayal. I’m very much in fighting mode. Watch this space.