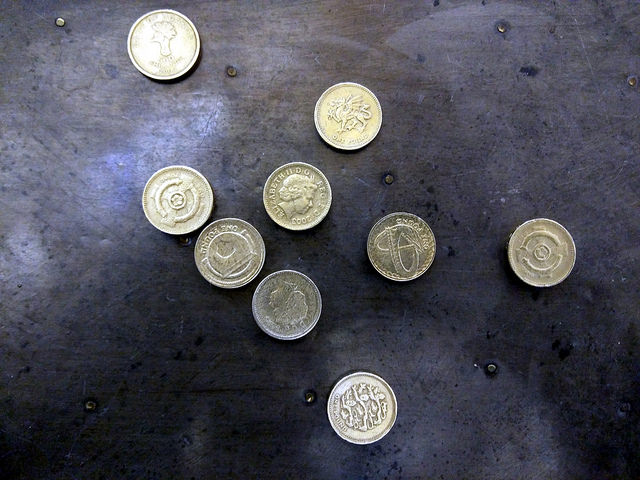 ALL policies tell a story. They are a story about the future, and they are either about one kind of future or another. So what is the story contained in the Growth Commission report?

It’s mission statement can be boiled down to this extract, which tells us it is all about…

“Quality of governance, long-term cross partisan strategy, a focus on innovation, being a competitive location for international investment, exploiting Scotland’s resource endowment, an export-orientation, migration-friendly, where flexible labour markets combine with fair and progressive work and active employment policies, maintaining a highly skilled workforce with transferable skills, using taxation as a tool for economic development but not competing as a low tax location, placing inclusive growth at the heart of the strategy and viewing quality of life as both an asset and objective.”

As there is nothing unfamiliar in this list, it’s certainly not a new story. So what story does it sound most like? Let’s start by being fair, this isn’t Thatcherite and nor is it the current sorry fantasy world of Brexit. And of course it’s not Trump’s nativism.

But nor is it the flawed but at least more hopeful story of Corbyn, and it is certainly not the transformational story of the post-1945 Atlee government. Neither is it really a kind of visionary-if-outdated ‘white hot heat of technology’ story or a kind of misplaced Silicon Valley utopianism (which is looking increasingly dystopian in the real world).

Nope, this is four-square in the narrative world of Gordon Brown, Tony Blair and George Osborne. I can’t see anything in this that would scare Blair or Brown, and surprisingly little that would give George Osborne any problems. In fact, quite a lot of this is Blair-era policy with a wee bit of a language change – “cross partisan” seems to mean exactly the same as “third way economics”.

There are other things it is worth translating. For example, the commitment to a deficit reduction programme, an incredibly low public debt ceiling and a commitment to peg public spending below the rate of GDP growth already has a name – it’s called Austerity. That’s baked into this report.

Then there’s loads of stuff which is perfectly reasonable and non-objectionable, the kind of stuff that Scottish Enterprise claims to have been doing for the last 15 years. I mean, who isn’t for supporting exporters and promoting innovation.

And certainly the clear and different approach to immigration is attractive, but then it’s not exactly a revelation – this has been the absolute mainstream position of virtually every part of the independence movement since 2012.

What unsettles me by far the most about the various proposals on economic development is the slightly sinister plethora of new commissions and agencies, each one set up with a remit to impose neoliberal economic orthodoxy on every future Scottish Government.

These are bad stories to be telling right now. This is sheer McMacron – and if you’re going to go around proposing the French President’s approach, you kind of need to look at his appallingly low approval ratings.

There are some genuine steps forward here. I would commend the much more robust approach to negotiating debts and asset division in comparison with the 2014 prospectus. And, while neither are elaborated on, the economic benefit of both reducing under-participation of women in the workforce and (so long as it doesn’t mean ‘frack for your lives’) better use of natural resources are both good narratives.

But then we get to what I’m afraid is the ‘big four’ for me – four things I just can’t live with.

READ MORE – Craig Dalzell: We can’t build an independent Scotland based on a timorous attitude

First, a commitment (apparently in perpetuity) to peg corporation tax rates to whatever the UK chooses. This is nuts. Likewise, this seems to say ‘implement the UK tax code and then reform it’ is just a horrible, horrible idea. The UK tax code is beyond unfit for purpose and is widely seen as unreformable.

Then we have the ceding of all monetary policy – that the UK would effectively set Scottish bank regulation, interest rates and so on is a scary thought.

But then that spins out from the real big problem here, which is the effective rejection of a Scottish currency. This is the one place I fear the report is dishonest. Basically I think this is a case AGAINST a Scottish currency, not for.

First, whatever anyone tells you, this is predicated on the assumption that we’re talking about a minimum of a decade of Sterlingisation after independence. I’m told reliably the report authors are saying in private it could be a lot longer than that.

But that in itself is not what should worry you – it’s the tests. And here you have to ask yourself honestly what they really mean. There’s a simple way to think about it – do you believe Gordon Brown setting five economic tests to be met before joining the Euro was an attempt to move towards Euro membership or a block against it happening?

If you think it’s the former, you’re in a minority of one. This looks to me to be, effectively, a veto on a Scottish currency being handed to the financial sector. In theory it is putting the decision in the hands of a future finance minister; in reality, the political pressure will all be from ‘the markets’.

Take these four points together – handing Westminster and the Bank of England total control over Scotland’s Corporation Tax and monetary policy (including bank regulation), enshrining the toxic UK tax system and daring us to try and unpick it later and effectively handing the financial services sector a virtual veto over a Scottish currency? What does that sound like to you?

And if you’re unsure, have a look at the list of organisations consulted. The far-right Institute of Directors is there, but the centre left STUC is not. Again, what does that sound like to you?

In the end, this report seems to suggest that it’ll be quite a few years of austerity after independence and that bringing us up to the performance of other small countries will take 25 years – and that we simply don’t have enough collective spine to take control of our own key policy levers. Away and knock the doors with that story…

At Common Weal we discussed at some length in advance how we wanted to respond to this. We decided that we wanted to be as positive as we could. But it’s proving very hard.

There is one clear silver lining – the SNP has said this is not party policy and that it’s only the start of a debate. Common Weal will immediately be working on some ‘amendments’, some specific proposals for changes to the case.

If you’re unsure that what I’m arguing here (and what others are arguing on CommonSpace today) is right, that’s absolutely fine. I’d only make one request – could you hold off from feeling you need to be loyal in public until you’ve had a chance at least to read the lengthy summary?

If, once you’ve read it, you think this is a future you’re keen on, support away. If you feel even a proportion of the hesitation I do, join the debate and let’s try and improve the story we’re preparing for voters.