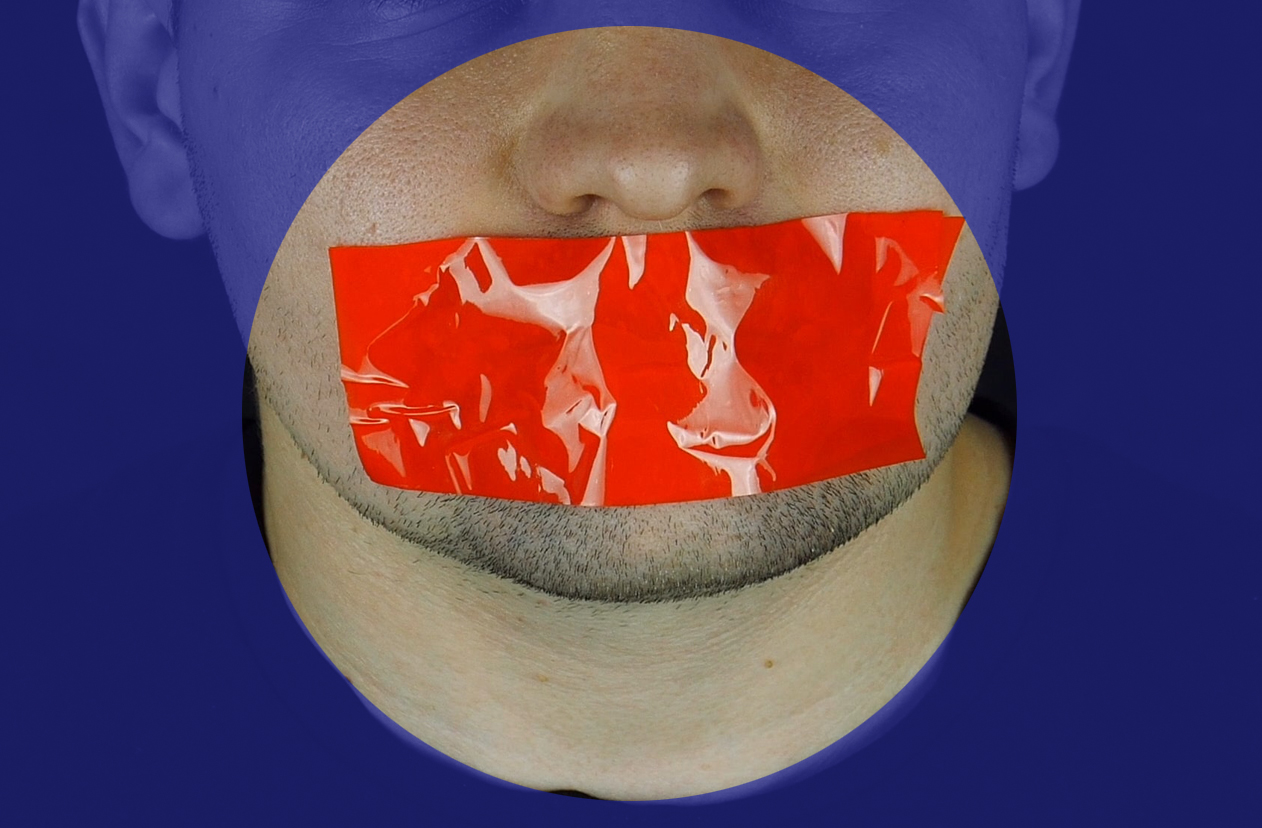 “This is the perpetual lesson from GERS – you get screwed unless you’re London. It is this in particular that angers me; year after yer GERS shows that this problem is nothing to do with Scotland, but no-one in the Scottish Government will take this on properly.”

WHILE I can’t abide the cruelty involved, there is a moment hunters describe when their prey realises there is no escape, no more hope. Its fear, panic and anger dissolves into a kind of resigned, fatalistic serenity. I wonder if that’s what someone who’s politically neutral sees when they see the indy movement facing another GERS publication.

Let me be clear – these publications are a great opportunity for the movement. Far from being a threat, they are a tight, self-contained encapsulation of half of our talking points. They give us the chance to unpack the desperate problems with the UK economy.

But I’m guessing that this is not what the public sees. Unless they have a lot of indy activists in their social media feeds, they must only see the belligerent assault from unionists and the passive acceptance of the politicians. They must assume it’s just another embarrassing defeat for us.

And yet the basics of taking down the arguments presented around these figures is really easy. Rather than going over all of them here, you could either read this shortish piece by me summarising them or if you want more detail you could read Common Weal’s Beyond GERS report for detail.

But I suspect that even indy supporters may feel a bit of nervousness this year, given all the expenditure on Covid and what that must look like on the balance sheet. Barring one point (which I’ll come to), you shouldn’t.

Here are some reasons. The total UK borrowing driven by the Covid crisis is estimated to reach something in the order of £263 billion to £391 billion. It is too early to make direct international comparators but this is going to come out on the low side of the European average.

So is Belgium going bankrupt just now? Nope. Switzerland? Nope. Neither would an independent Scotland.

But let’s say the UK spend is about £300 billion give or take; that doesn’t include the Quantitative Easing (QE) element. The UK has a number of UK registered multinationals, a key global banking sector and a major stock exchange. In Britain, they have to be protected or the economy would collapse.

That protection has come in the form of QE for stock buy-backs which, as George Kerevan explains here, is a way to artificially inflate share values in a crisis.

How much during the Covid crisis so far, I hear you ask? Eh, £300 billion. Which is to say that it looks like the UK may match everything it spends on the medical side of Covid and the poverty and destitution side of Covid AND the domestic economic crisis side of Covid with free cash it is giving to corporations. And by match I mean pound-for-pound.

How much would Scotland have needed to spend on that? Well, how many Scottish-registered multinational corporations are there, what is the size of our stock market and how exposed are we to global banks headquartered here? That’s right, basically zero.

So if the UK economy can cope with £300bn of QE without an inflation crisis, Scotland could have QE-ed its share too – but we didn’t need to give it to corporations. While I don’t want to get too blasé about this (I’m pro alternative monetary policy but I’m more cautious than some), we could have covered our Covid bill with much less borrowing than the UK.

Why? This is the price you pay for the UK’s desperate desire to be ‘at the big table’. Being at the big table means exposing yourself to greater economic risk and in a crisis you will pay for it.

So what do you get in return? This is the perpetual lesson from GERS – you get screwed unless you’re London. It is this in particular that angers me; year after yer GERS shows that this problem is nothing to do with Scotland, but no-one in the Scottish Government will take this on properly.

The UK is the European country with by far the highest regional economic inequality. It is also the European nation with the most predatory capital city (by miles – London ‘steals’ nearly three times the share of national wealth than the European average).

If this was Scotland’s problem, unionists would be able to point to one other region in the UK which was getting it right – but they can’t, because there isn’t one. Only London rises above average performance (with some leakage over the border into the South East); that tells you everything you need to know.

I could keep going with this; Scotland is stuck inside the highly marketised UK and that makes things more expensive. Rwanda has handled Covid much better than the UK (or Scotland) exactly because it isn’t ideologically marketised. An independent Scotland would have an entirely different economic framework for crises.

Indeed, this is exactly why Common Weal’s recovery work is called Resilient Scotland – our potential resilience is a direct challenge to the UK’s continual vulnerability. That the other side is stealing our language shows their vulnerability to the charge of vulnerability.

Nevertheless, year after year the Scottish Government just rolls over. Last year there was an announcement that it was (finally) going to do some GERS work. But like the series of White Papers that are supposed to be launched next week (remember them?) and the ‘convention’ that was supposed to bring together political parties and civic Scotland (remember that?), these didn’t get past the announcement stage.

This entire year is turning into ‘a good year to bury bad news’ and there is plentiful use being made of this opportunity in Scotland.

I mentioned there was one reason to be concerned – it’s the one piece of really crappy news that isn’t being buried. It’s the Growth Commission. I’ve been laying off this since no-one likes an ‘I told you so’ but jeez, we really did tell you so.

One of the ten unanswered questions we asked at the time was what would happen if there was an economic crisis? If you have no central bank, you’re wholly reliant on foreign money markets which stop lending in a crisis. In a pretty literal sense we’d have had no money and been begging for a bailout.

It’s not that this was just ‘predictable’; we warned about it over and over again. And yet it was rammed past a reluctant membership by people who will now neither defend it nor put us out of our collective misery.

The fight against the Growth Commission and the only real work on moving beyond GERS came from Common Weal and so with the Scottish Government dropping its promise to do anything about this, people were contacting us yesterday asking if we can take up the work.

At this point, I need to emphasise that we’re basically a team of five people and we’re covering almost every single policy area in Scotland just now. We’ll have a look to see what we can do, but this is a substantial piece of work.

Here’s the methodology: First, there needs to be a careful analysis of GERS down to at least tier three to find out how spending would shift in the event of independence. The impact of that then needs to be modelled.

Then there needs to be a careful dissection of what isn’t in GERS – the functions that would need to be added. Those need costed and modelled and reconciled with what is in GERS, because it is mostly not actually additional at all.

Next, there needs to be a post-Growth Commission examination of debts and liabilities and how they would be allocated and paid for (the Growth Commission was crazily generous because it wanted to please the Treasury, given that it was going to rely on Sterling).

You also need to decide whether you’re modelling ‘steady state’ (how Scotland will look if independence is bedded in) or ‘early years’, because there will be a large difference in the spending profile (actually, the early years will involve much greater income growth because of the necessary spending which won’t be revenue spending).

Finally, you need to make a series of reasonable assumptions about what ‘comparable’ would look like in terms of policy decisions. For this purpose I’d strongly advise against saying ‘if we make these radical policy changes’ because that’s a political decision for the future. But I’d advise even more strongly against just adopting UK policy (the UK tax system is insanely leaky).

Equipped with the above information (and a little bit more), you could then rebuild a reliable indicative model of the finances of an independent Scotland. The ‘deficit’ would be much, much smaller than GERS.

But if Common Weal does this alone, we would need to take our eye off the domestic agenda at a crucial moment (when manifestos are being developed) and we can’t afford to do that. In any case, the Scottish Government is passionate about ignoring our work, so it isn’t clear it would actually help.

I’m blue in the face over this – if the independence movement is to be taken seriously it must take itself seriously. That is decidedly not what we do.

I’ve gone into loads of detail elsewhere on how to go about this. We need a Chief Economist for Independence and we need them four years ago. Their office must be properly resourced so that we can be on the front foot when things happen.

But the movement has been fed referendum fever so much for so long that I’ve actually been accused of being ‘anti-independence’ because I want to prepare before a referendum and not during.

I don’t know that I can add any more to this debate. I keep saying ‘the Scottish Government isn’t doing this work’ and people keep saying ‘ah, yes they are – but it’s a secret’. No they’re not.

Then I say ‘someone needs to’ and people nod. ‘Yes, we really should prepare’. And then the whole caravan packs up for another year and we repeat the whole dismal show 12 months down the line.

So send your ‘why can’t you just toe the line Robin?’ comments to the usual address and I’ll see you back here this time next year and we can do the whole bloody thing again.