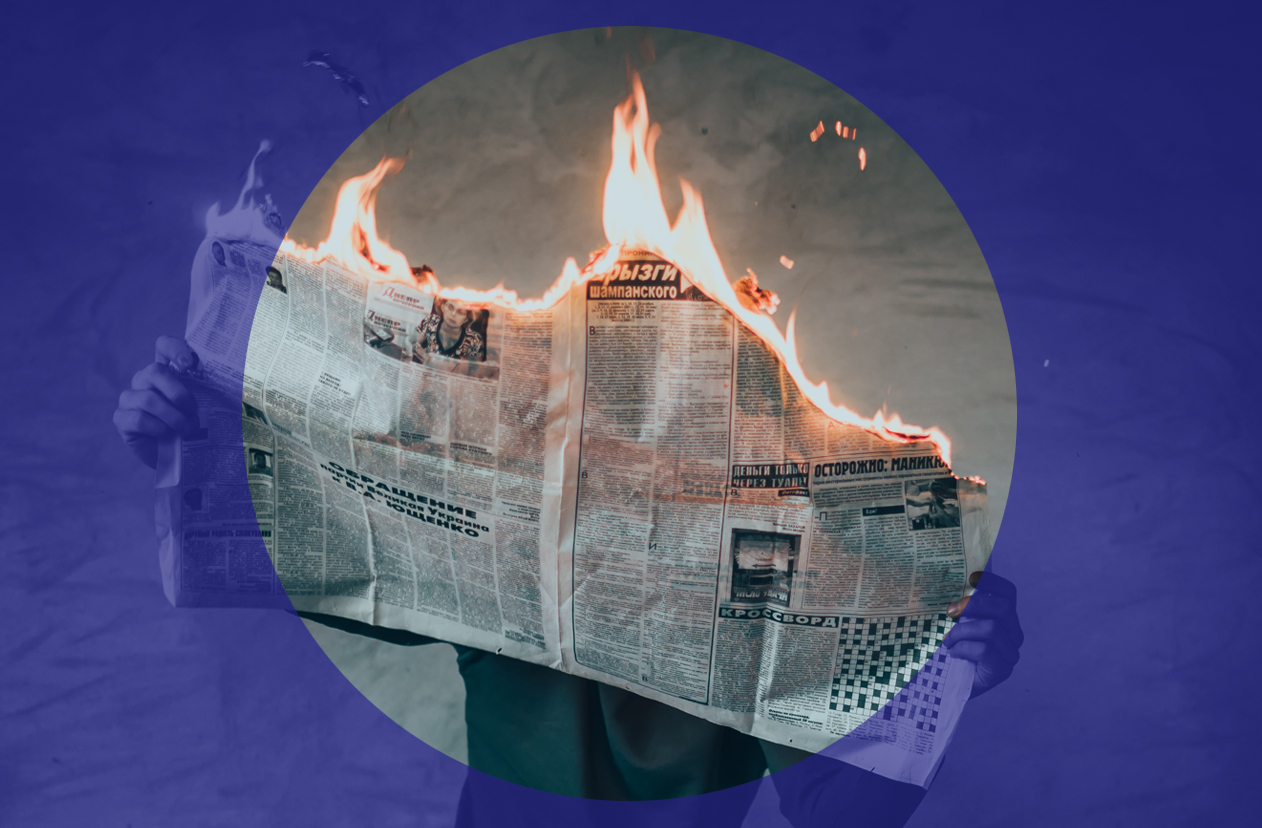 Far too much of Scotland is unreported, argues Common Weal director Robin McAlpine in his introduction to Source

Far too much of Scotland is unreported, argues Common Weal director Robin McAlpine in his introduction to Source

IN DECEMBER, during the General Election, there was a story which caused me to do a double-take. A summary is ‘SNP to win all Labour seats in Scotland bar one’.

Fair enough, you might think. But the story appeared (in at least the Scotsman and Herald) the day after both of them had run substantial pieces about how the SNP had expelled their candidate in one of the seats and didn’t have time to select another, and therefore wouldn’t be standing a candidate.

So what – they were going to win all the seats including the one they’re not standing in? In at least one of these cases, it was the same journalist that wrote both stories.

On the face of it, this isn’t that big a deal; but it tells us something important. Not that these are bad journalists (on the whole, they’re not), nor that they’re malicious (they can be, but the indy movement gets carried away about this).

What it tells us is that they’re so pressed for time that they’re cutting and pasting content directly from polling company media releases and don’t have time to use their own common sense to check it against what they wrote the day before.

In my day – I was a journalist working in the mid-1990s – this would never have got past the subs. Subeditors are the hidden heroes of journalism. No story was every written that didn’t go past a second set of eyes trained to be rigorous in making sure embarrassing mistakes just didn’t happen.

But for the most part, subs are long gone in Scotland; journalists write a story, read it over and post it directly. I can’t tell you how much a loss this is to the quality of journalism. (I was initially trained by a well-kent subeditor at DC Thomson and never underestimated the benefits of proper editing again in my life.)

Yes, in the past I’ve been angry at the Scottish media. There were times during indyref when some parts seemed to have merged seamlessly with Better Together.

But I accept that that was quite a long time ago now. Things have moved on. While the Daily Mail will always be the Daily Mail, the Scotsman became more balanced, the Herald really was improving greatly, of course the National was launched and we have a new BBC channel which is better than it deserves to be (see, we can do a good ‘Scottish Six’ – now let’s have it at 6PM…).

Then there was yet another round of job losses. My overwhelming feelings towards the quality end of the Scottish media is now sympathy. If I could tell myself that I could do a better job of running a newspaper in 2014 (in some cases my chickens could have done a better job), I don’t think that anymore.

Honestly, I know the journalism resources some of these newspapers have got, and frankly I don’t know how they even manage to get a newspaper out every day.

This problem isn’t evenly spread – counting the number of journalists tells a depressing story but not the whole story. If there’s a news spectrum that runs from ‘democratic imperative’ to ‘frivolous titillation’, the attrition of journalism has occurred disproportionately at the wrong end of that spectrum (the last employed journalist in Scotland will be covering the Auld Firm).

Things I took for granted when I was a journalist – such as picking up the phone for a background chat without a direct purpose to help me get informed – are largely gone. Those chats are how you report politics knowledgeably.

Let me give you an example; when Alex Salmond was charged with what is currently being prosecuted in court, every media outlet and commentator in the country opined on what a personal blow this would be to Nicola Sturgeon, given how close friends they were.

I was bemused; I (and most political insiders I knew) were well aware that their relationship had broken down irreparably well prior to this – they wouldn’t agree to be in the same venue at the same time.

Soft knowledge matters. It shapes what you’re telling the public is happening, helping to avoid surface assumptions. But it is a rare commodity for journalists these days (and commentators in Scotland get much of their information from the pages of their own newspapers). Twitter is no substitute.

A collapsing media is something the indy movement has sometimes demonstrated much schadenfreude over, but we shouldn’t. Had there been more accurate reporting of Scotland, more effective scrutiny, some of what is going on in Scotland would not be going on. Things that are now and will soon do us great harm would have been less likely to get this far.

Instead, some of us kind of just behaved as if news was our enemy; scrutiny was never to be trusted. That doesn’t help anyone. As a manager, the first thing I tell my team is: ‘If I’m wrong, if you think I’m wrong, tell me – because if you don’t tell me I can’t think about it and hopefully get it right’.

Proper scrutiny makes you better. Proper scrutiny catches bad policy at an early stage and forces people to address it. Covering it up and trying to ‘not get caught’ just stores up worse problems.

We have a case study example in Scotland; the Growth Commission is punk. It is littered with technical errors and proposes an economic solution for a new nation that no economist worth their salt would sanction (don’t cut when you need to establish yourself). In the face of the recent Budget, it looks more and more punk daily.

And yet Andrew Neil managed to expose this more in three minutes than the entire Scottish media managed in a year (with the rare exception of CommonSpace, now Source). That the BBC’s economy editor had half an hour with Andrew Wilson and managed to miss every single substantial policy issue is more than a worry.

Which means rather than proper scrutiny and a serious debate we had deathly silence followed by a debate at party conference which was largely based – I kid you not – on a plea just to trust Derek Mackay’s good judgement and not think about it too hard.

Something needs to be done; a nation without a properly functioning media is a liability. I see no option other than public funding. I have been mulling this over for a while now and have a proposal for a seriously-funded Scottish public ‘news agency’ – a kind of public Press Association which would provide source material for the rest of the media.

It would be a kind of indirect subsidy to our existing newspapers, but would also open up the possibility of greatly lowering the bar for new entrants and enabling many more specialist online news sites by providing source material for them as well.

It could create quality coverage, proper scrutiny and allow for a genuinely flourishing, genuinely diverse news media for Scotland. I hope to write it up into a proper proposal when I get a minute.

But for now, relaunching CommonSpace as Source is our contribution. By focusing our resources less on what is happening and more on why it is happening we hope that we can increase our capacity to contribute to scrutiny.

We’ve all got to get past that; it’s far too important. An unreported Scotland will do none of us any good – and far, far too much of Scotland is unreported.