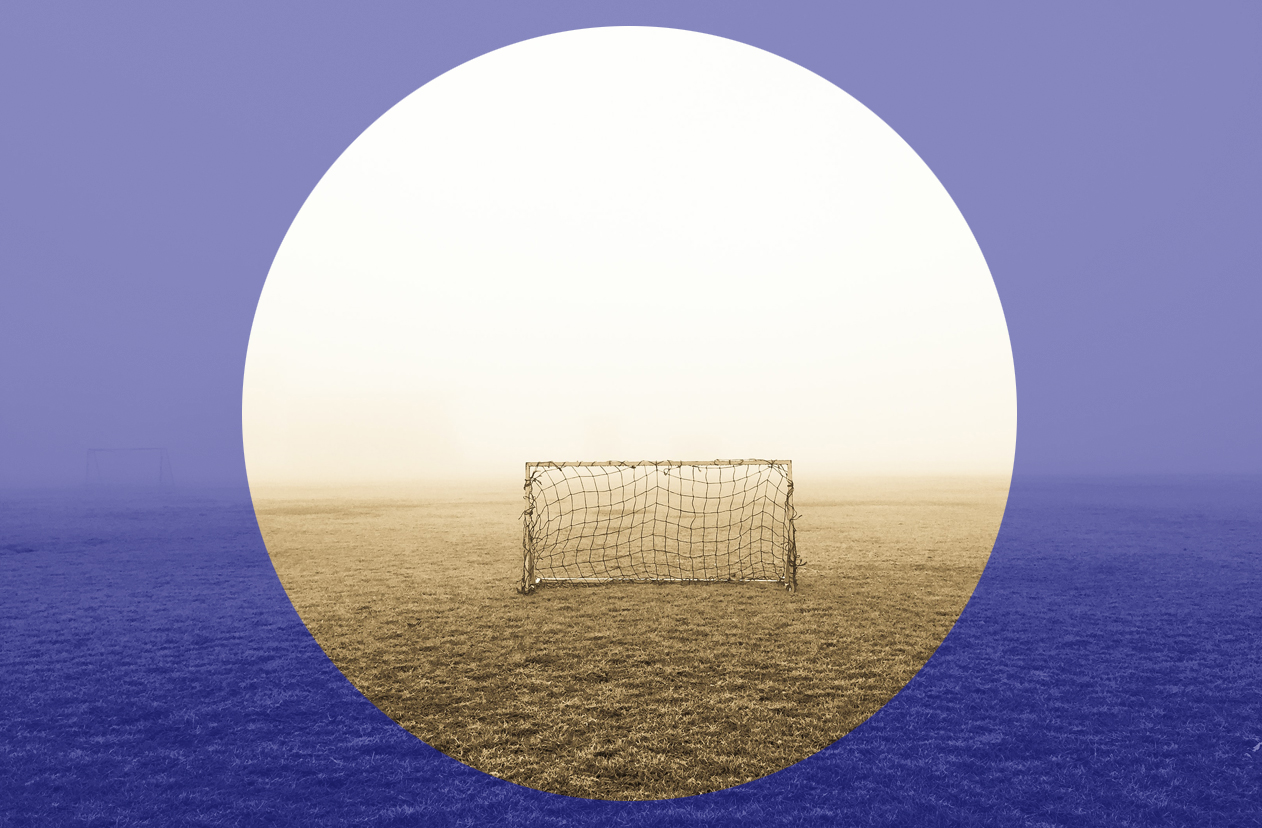 “Saying ‘that’s for after independence’ or ‘just tell them we’ll be using money’ or ‘look at all these other countries’ is exactly how we lose again. Try it out for yourself if you can stand the humiliation.”

IF THERE WAS an independence referendum in November, could we fight it?

What you’ll find are the kinds of hard-edged, real-world and ‘this stuff is serious and really hurts people if you get it wrong’ questions that scare the bejesus out of undecided voters if you can’t answer them convincingly.

Larry Elliot is one of my favourite economic commentators in Britain, generally astute and knowledgable (and not at all unsympathetic to Scottish independence). But he has got this a little bit wrong here while getting quite a lot right. This highlight the problem – the movement has not been equipped with a position that enables us to give any kind of answer at all.

Basically, Elliot is looking at currency and monetary options post-independence and assessing what they mean. His conclusion is that ‘orthodox is not going to work – Scotland needs to be more radical’. It isn’t often I dive in to be more conservative, but this is such an occasion.

The problem is that nations do not start new currencies very often and so both precedent and understanding is hard to come by. It leads to a number of the errors in his analysis. For example, he implies informal currency use (Dollarisation) is fairly common. It isn’t – a tiny handful of tiny countries do it.

But the fundamental problem is that you can’t apply normal monetary policies to a new-start currency for a number of reasons I’ll explain below (this isn’t as dull as that sounds – don’t go!). You need to deal with each new case as its own precedent.

So let’s look at this. First, Elliot’s piece suggests Sterling could be an option but isn’t really. Actually, Sterling is an option but on one condition – that it is in a formal currency union (as per 2014). Of course, this will again be rejected so we can’t use it as the policy, but it is entirely feasible.

But Elliot doesn’t draw proper distinction between formal and informal use of the currency (currency union versus Sterlingisation). It is the latter which Common Weal campaigned so hard against in the Growth Commission, and for the exact reason everyone now accepts.

To explain, what you are basically doing (metaphorically) is going to England, filling bags up with £10 notes and bringing them up to a different country to use. There are many problems with this, but let me highlight two. First, without a currency you can’t have a central bank, so who is lender of last resort – who bails things out in a crisis? There’s no quantitative easing in Sterlingisation.

The second is that when I say ‘fill bags up with notes’, what I really mean is ‘purchase large volumes of Sterling from the London money markets’. But these froze completely and stopped selling altogether during the financial crisis and again during Covid. Crisis is when you need it, and crisis is when you can’t get it.

Every time someone in Scotland buys something from Amazon, most of that Sterling goes out of the country, so you need to replace it (minus that which comes in as export earning). But what if you can’t? What if the place you go to get your money won’t give you any? How does Scotland pay wages?

The point is that it can’t, and so it needs a desperate emergency bail-out. That is what would have happened during Covid – an emergency delegation to the IMF. Set aside the humiliation; that would lead to economic devastation even if successful.

Forget Sterlingisation. It was a ludicrous proposal and I never believed it was real. I always believed that Andrew Wilson wanted to say it now in the hope that a formal Sterling union could be negotiated after the politics of a campaign were over (maintaining the ‘Sterling Zone’).

That rules out options one and one and a half (from Elliot’s list). The next is the Euro. There’s no point debating that because it would take about ten years to join, so we’d be back looking for the immediate option anyway, as it would be a long term project.

Then there is ‘new currency – conventional’. It is here that Elliot makes his bigger mistake. He assumes that this is almost impossible because a new currency would be perceived as ‘weak’ and so would be attacked by speculators, therefore requiring stringent austerity measures to prevent that. This is standard for a currency at risk of speculative attack.

To explain, think about it this way – you attack a currency by selling it cheap (dumping) to impact the value. But in the early days of an independent Scotland, no international financial speculators would yet be holding anything like enough of the currency to attack it.

In fact, all that would be in speculative hands (assuming the approach taken in Common Weal’s How To Start A New Country would be that used to borrow foreign currency for currency reserves. But because that currency holding would be (by definition) smaller than the currency reserves, any speculative attack would fail (as most do) because it could easily be defended (you can buy back more than they can dump…).

This doesn’t make life a walk in the park – every new bond issue (every time a Scottish Government borrowed money) would expose the currency to more speculative ownership so the problem would grow fairly quickly. But not that much in year one or two or probably three. By then the currency is much more bedded in.

However, that is before we move to his option four – which is effectively ‘your own currency but using Modern Monetary Theory’. He points out that this could work but that it is daring, and rules it out because the current Scottish Government is conservative.

This is the final part of the picture; the exposure risk of bond issues only applies if the bonds are bought in a foreign currency. In comments which should really change how you think about the world, Warren Buffet, the world’s most respected investor is now saying that there may be no limit to borrowing if you borrow in your own currency.

It is this Common Weal has been banging on about. You need to create large investment options in Scotland which can be funded with Scottish money. That is what the Scottish National Investment Bank is supposed to be for. Its £2 billion over ten years is piddling – it should be pumping £40 billion into the economy in Scottish pounds.

For me, that is where the MMT comes in – do the normal things first which covers most of it and then do a bit of these ‘new normal’ things after to keep things stable. There are some exchange rate issues I don’t have space to cover here but a pretty conventional monetary approach is entirely possible.

There are loads of ‘holes in the road’ like this. This week I was in a discussion about can we get banks to produce ‘Scottish mortgages’ after independence. Again, we have covered this – there is a legal right to switch mortgages so our proposal for a public bank offering Scottish mortgages would mean any bank not offering them would simply lose all their customers.

The problem is that if you don’t answer these questions, they sound terrifying. No mortgages, no money to pay wages, capital flight and all the rest. You’d be mad to vote for independence if its proponents haven’t thought about all of this properly. It won’t ‘just be OK’.

The frustration is that they can be answered, and Common Weal has. But instead of looking at the this body of work, the Growth Commission was invented (on the spot) to undermine it. Its work was substandard, was always going to fall apart and has done so catastrophically.

In an attempt to deal with this, the Scottish Independence Convention is doing a series of papers under its ‘Transition’ work. These cover the same areas as Common Weal and are being mostly written by the same authors. If that is what is needed to get past leadership pettiness and try and jolt the case for independence forward a bit, then I’m all in favour.

But don’t pretend that we are within a country mile of being able to do a televised debate. Saying ‘that’s for after independence’ or ‘just tell them we’ll be using money’ or ‘look at all these other countries’ is exactly how we lose again. Try it out for yourself if you can stand the humiliation.

We’re not ready. We’re not nearly ready. Neither the first minister nor Andrew Wilson could answer these questions convincingly even before the wheels fell of their case. Ignoring this glaring fact and pretending to set a date for a referendum instead is a poor show.

I haven’t found a single issue that can’t be tackled (apart from one, but that’s for another day). Unfortunately the tackling is very much not happening and the goalkeeper is doing something else. For now, we’re not a fighting machine – we’re an open goal.