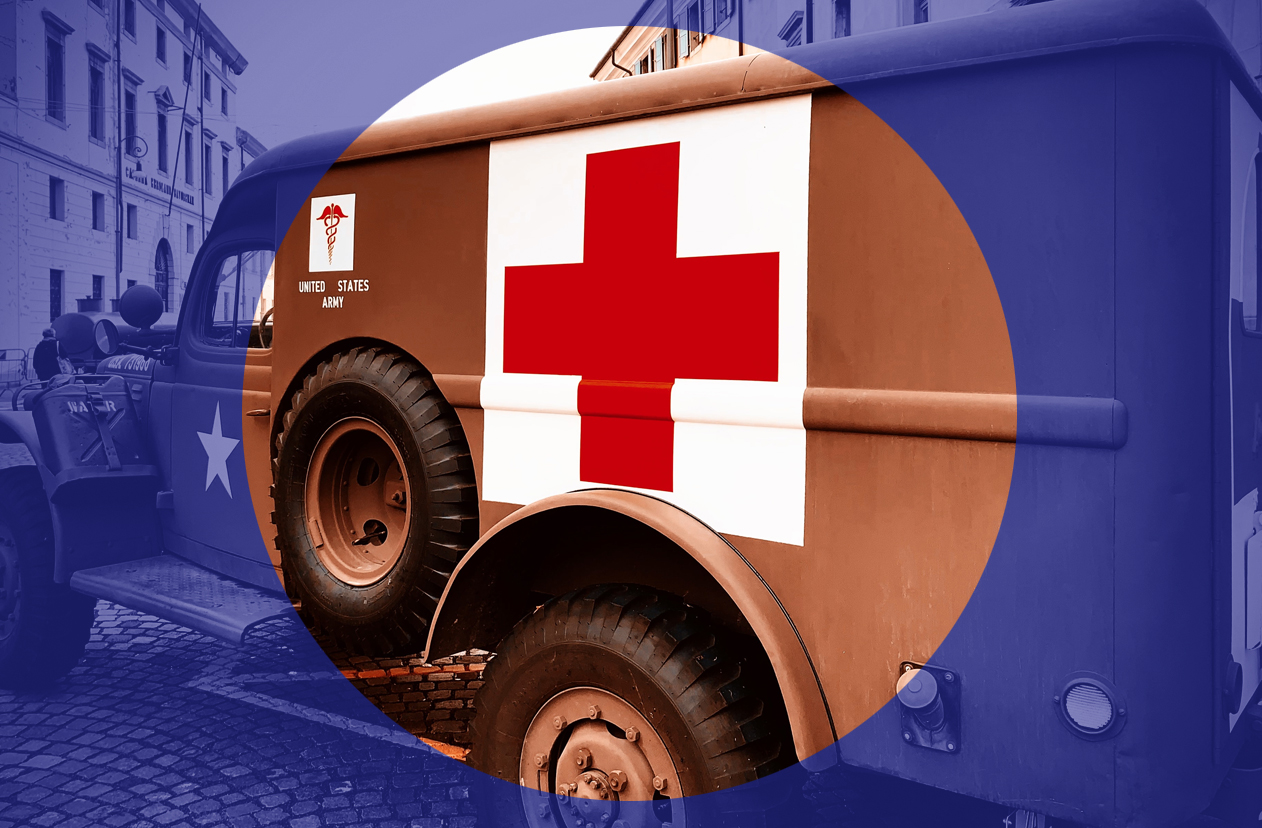 I MET a lovely man at a town hall meeting in 2014 and we stayed in touch. He has supported Scottish independence for over 60 years and been in the SNP for many (he’s not a young man). He believes in independence, and in a different kind of Scotland.

Between lockdowns, he took me for lunch. Puddings came before he told me why he’d really wanted to see me; to ask if he should leave the party.

He’d been led up the hill, led to believe independence was imminent, and then he’d been led back down again, over and over and over. One day he would read something from the SNP leadership and feel hope, and the next day he would read something from the leadership and feel despair. It was taking a toll – that’s the problem when you really care about something.

I told him what I always tell people; if you leave, you have no power. Stay and fight for the party you want it to be. But for the sake of your happiness, stop trying to track progress based on half a sentence from Ian Blackford here, a tweet from Nicola Sturgeon there, because you’ll drive yourself mad.

He welled up and cried, such had all these emotions been building in him. It was as if he had been absolved of the psychological pressure to ‘believe harder’, like the lack of momentum was somehow his fault. He emailed me a week later to say he’d followed my advice and was much happier, doing other things with his life (see first note below).

How has it come to this? That story is not an outlier. Day after day, I’m being contacted by SNP members who are in despair. They’re losing hope and many have already lost faith. And it is very hard to blame them.

One of the stranger features of my life in recent years has been the regularity with which someone, somewhere accuses me of insincerity in my support for independence and expresses certainty that I’m only pretending to support independence because I’m secretly planning to start a new political party as some kind of ego vehicle. (It is usually someone close to SNP HQ.)

I chuckle every time; I’d rather saw my legs off than start a political party. I’ve lived around them my whole life and I have no illusions whatsoever about the hard reality. We need them, but I don’t want to be an elected politician. I chose another role in life.

When people approached me and asked me to get involved with Rise (before it was set up) I told them that I really respected what they were trying to achieve, but that it was a bad idea. There wasn’t time to establish before the election, the SNP had all the momentum and there were problems inside the Scottish Left that it was going to take time to resolve properly.

But I also told them that they had to recognise that many SNP politicians had talked the right talk during the referendum and that, whatever your doubts, they had earned the right to live up to that talk. It was the SNP’s moment and they deserved the chance to step up.

Looking ahead to the SNP’s annual conference this weekend, I doubt manypeople believe the party has lived up to its promises. The party has been totally captured by a right-wing faction which was frankly sceptical about independence in the the short term, so had other priorities (like Heathrow for some reason, an interest which may or may not be related to lots of sponsorship).

So we got no progress to independence and we got a domestic policy agenda largely delivered in coalition with the Scottish Tories with whom the SNP has voted again and again for the purpose of overturning progressive policies and amendments from all the other parties. (Do you want me to list them? How many? This or this? How about this or this? Maybe this, this, this or this? That do you for now?)

Still, still I say ‘stay and fight’. The Charlotte Street Nationalists seem to have the keys to the car, but if ordinary members walk away it’s like giving them the house. They’d like nothing more than for the SNP to shed its members and become a payroll vote nodding through policies written by Charlotte Street Partners for their corporate clients.

So when a group of SNP activists suggested they’d like to set up a Common Weal Group in the party to encourage the party to look at policies which aren’t sourced from the financial services sector, I said they should definitely go for it.

I have no say over the group – like all our autonomous groups they are, well, autonomous. They have their own membership, their own governance, their own bank account. They are just party members who want a different policy direction and want to put forward ideas to inspire other party members.

But as we’ve all found out, the SNP no longer seems to accept policy ideas from its members. The corruption of the machinery of the SNP is so blatant people just assume it. If the leader’s husband decides there will be no branch motions at conference, there are no branch motions at conference. Cheerio members – the gaffers have more important things to do. (That said, if you want a real debate this weekend, see note two below.)

And so what do you do in a democratic party when this happens? The only response is to campaign for reform of the machinery and engaging with the party – which of course means being accused of factionalism.

One of the abiding rules of UK politics is that organised conservative forces inside political parties are ‘democracy’ while organised reforming groups are ‘factions’. You’ve heard of Momentum, the left wing group in UK Labour. Have you heard of Labour First, the right wing grouping? No? Funny that, because Labour First is totally dominant and Momentum is not…

The SNP is wholly shaped by a clique around the leader, her husband, and various other acolytes. They more or less dictate everything that happens in the party. If you challenge them, they squeal that you’re a distraction from independence – even if you’re calling for a debate on independence strategy.

I was born into the SNP; it has never been far from my life. So I have endless fond memories but no illusions. Of course there have always been shortcomings, failures and mistakes, along with the endless infighting inherent to all political parties. But it remained one of the few political parties that was still genuinely mission-driven. It was for something, not just a jobs machine for insiders.

And it was highly, proudly, resolutely democratic. Whether you want to see the SNP continue after independence or not, I still believe we’re going to need it to get there. I want it to try and drag the party away from the right-wing economic vision that looks likely to be imposed on Scotland post-Covid. I want a better SNP. So I still say no, don’t start parties, don’t leave – fight for reform.

But for the first time, I doubt myself on this. For the first time I don’t know if the party can be saved. Sometimes corruption becomes so endemic that it corrupts all of the checks and balances to itself, a virus in a body without an immune system. This party conference is a hair’s-breadth from being the meeting of a party without any mechanism for change, for reform. People aren’t even confident their votes are being counted properly.

But this is a conference not worth attending, with a paywall of £32 to sit in your house ‘listening to discussion’ about motions no-one submitted followed by a procession of politicians making dull speeches about how ‘independence has never been closer’ while practicing the art of saying the last few words of a sentence Loudly (pause) And (pause) Slowly to elicit forced applause from a captive audience – which just sounds weird, ‘cos they’re in their living rooms.

You’d almost think the conference was designed so that only the payroll will attend, monopolising all the votes and entrenching the corruption yet again.

I’ve argued against many people who have written off the SNP, making the case that every political party is a constant struggle that needs to be fought again and again. There is no easy path, no fast route. You need to engage with what is there and get your hands dirty. And yet when I say this now, I’m not sure I even believe myself.

This could actually be the last chance to save the SNP. So one last time, I urge every party member: don’t let cynicism wear you down. Turn up. Vote. Change your party. Scotland still needs you.

1. I sent this column to the man I mention at the beginning to make sure he was happy me mentioning our lunch. He strongly encouraged me to go ahead and said he couldn’t agree more about party democracy. His name is Jim Arnott, he’s 82 years old and he wanted me to emphasise that he has been very positive in response to our conversation. He stayed in the party (but he says his second vote is up for grabs), has stayed active but has kept things in better perspective. Rather than worry about what others were or weren’t doing, he decided to do some things for himself. So he recently wrote his first ever blog which Iain Lawson posted for him on the Yours For Scotland site. It has been read more than 4,000 times and you can find it here – https://yoursforscotlandcom.wordpress.com/2020/10/31/article-of-the-week-5/. He video called me last night and we had a good chat. He is doing well, and is as committed as ever.

A mini-conference to debate six motions that didn’t make it onto the SNP conference agenda.

12.30 pm. Five other top resolutions that were submitted for the SNP Conference but excluded from debate. There will be 3 mins + 3 mins for a proposer / seconder for each one, followed by a vote on each resolution in turn. These are:

Now open for your questions/comments for the Panel, which can be sent to info@reservebank.scot or asked via Hopin Chat during the event. More details and event link to follow. Hopefully to be recorded and made available via YouTube and Facebook.

The event is free, but Hopin will invite you to make a donation to the SCG if you would like to do so. Hopin is not free and charges a fee per delegate, so donations to cover the cost are very welcome. Any surplus will go towards an honorarium for the folk at Gallus Productions, and the Scottish Currency Group.