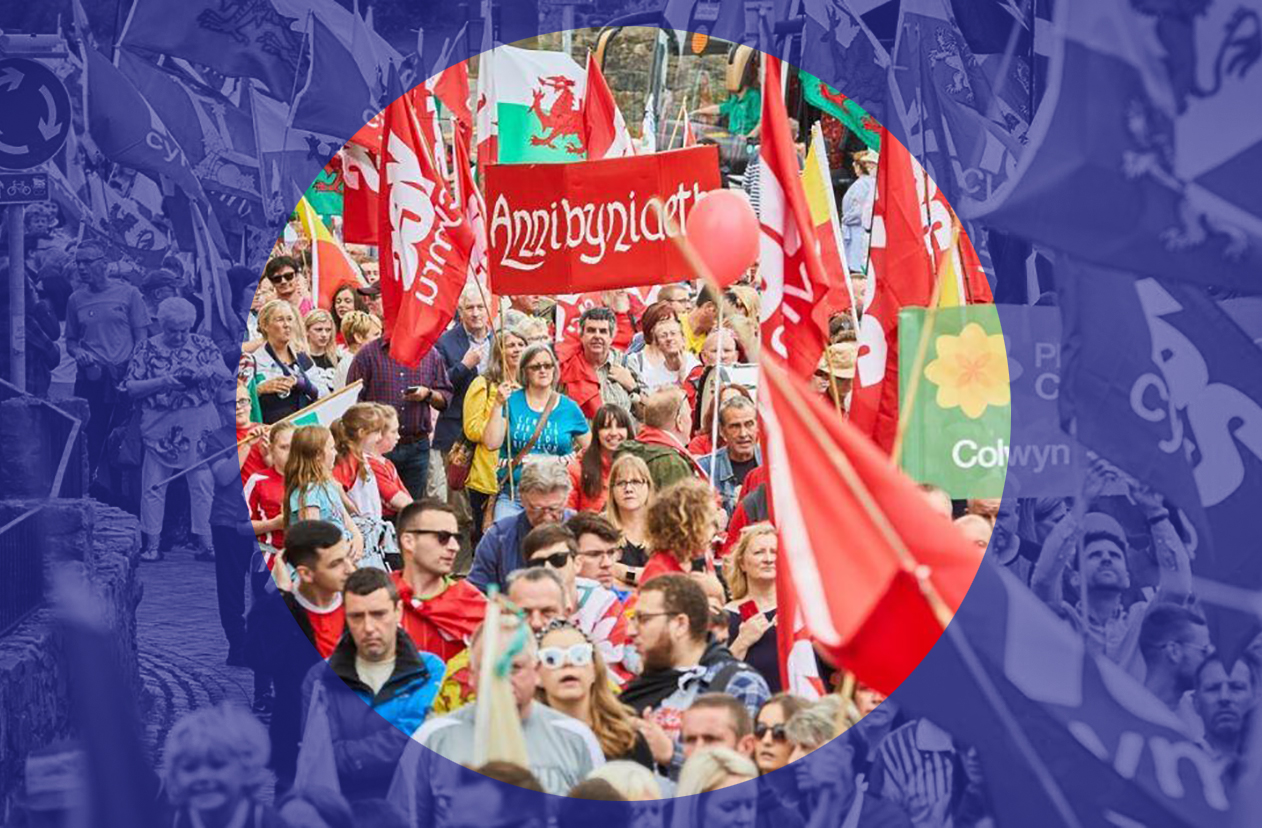 “Wales is now taking a much more serious approach to independence than Scotland is, even though it is almost certainly further away.”

“In this report we explain that Wales has failed to make economic progress not because the country is too small or too poor, but because it is trapped within an economy overwhelmingly shaped in the interests of the City of London.”

– The report of the Welsh Independence Convention

TODAY the Independence Commission set up by Plaid Cymru published its report. It represents a leap forward for the debate about Welsh independence and a salutary lesson for Scotland.

I was an external advisor to the Commission and have been really looking forward to its publication, because I am very keen that the Scottish independence movement looks at this and takes it seriously. You can read it here and watch the launch event here.

So what is in it? Let me start with the quote above. One of the most important things about this report is that it has a clear story about Welsh independence. It is based on an economic analysis of Wales as having an economy which is underdeveloped because of the way the UK economy is managed for London and not the rest of the country.

It goes further and rejects ‘trickle down’ economics, debunking the theory that letting London grow will result in wealth spilling over into other ‘regional’ economies. These are both significantly different than the current SNP position. It actively wants to stay integrated in the London economy by maintaining Sterling so remains silent on these issues.

The report focuses a lot on the economy. There is a reason for this; the debate in Wales is burdened with arguments about the ‘fiscal gap’ even more than in Scotland (we usually shorthand this to GERS these days but Wales doesn’t have an official version of GERS).

Here the contrast with Scotland is again quite marked. The current case in Scotland is based on reducing the deficit through tight spending restraints (the heart of the Growth Commission). The Welsh Commission is focused on a completely different economic model.

The Commission report takes a clear line on domestic ownership, emphasising the fact that the Welsh economy is far too foreign-owned and that an economic plan must be focussed on increasing the domestic industry base.

In fact there are other economic steps in this report which are very Common Weal – explicitly arguing that both for economic and environmental reasons Wales should be producing more of the food it consumes.

They also take on the fiscal gap in terms of tax opportunities and by looking at the spending patterns (in a not dissimilar way that Common Weal has done in. They should actually have gone further on the latter; everyone in the Welsh independence movement highlights a lack of self-confidence in Wales, and saying ‘this isn’t our real deficit’ is an important part of that.

Another area where I feel that Wales is creeping ahead of Scotland is on the EU. The report is realistic about some of the difficulties of rejoining the EU and takes these and the options on the path to membership more honestly than we do (they are suggesting the EFTA option as a first step, whereas we’re still telling ourselves that the EU will suspend its rules to allow Scotland to join).

There is a fair bit in the report which doesn’t have any direct relevance to Scotland. For example, Wales doesn’t have its own legal system and creating that is a significant task. The Welsh civil service is much less autonomous than the Scottish civil service. There are a number of areas like these where Wales has to do a bit of ‘catching up’ with Scotland.

There also quite a bit of the content which is research on public attitudes in Wales. It’s really interesting (especially for a geek like me) but Wales really is in a very different place than Scotland – my reading is that they are much more at the stage of ‘there are enough people who want to believe to mean that there really is a path to independence’.

But the lower levels of confidence at the moment means that I think there is a little too much emphasis on confederal options. Wales and Scotland should really have a conference (when this is possible again) to really explore these issues together.

And while the Commission does take quite a lot of the kind of approach we set out in How To Start a New Country, it might better be thought of as ‘how to get to the place where we’re ready to start a new country’. There are big issues not covered here like borders and customs and military and defence.

But then the timescale they are looking at is ‘in the next ten years’. There is a fair bit to do in Wales to get there and that has been the focus.

In the end, what is so important about this report is the psychological impact I hope it has in Wales. I was down late last year and there really is nothing like the kind of self-confident demeanour (sometimes verging on swagger) that we sometimes display in Scotland. And Wales has just never quite recovered its national confidence post-deindustrialisation.

The lessons for Scotland are I think important. Wales is now taking a much more serious approach to independence than Scotland is, even though it is almost certainly further away. This really isn’t excusable.

The Commission didn’t even really exist until just before we went into lockdown, but this wasn’t allowed to slow the process and the work has been done comprehensively and to a high quality. We’ve made no progress over the same time (other than polls moving a bit).

If anyone is able to give a coherent explanation why nothing like this has happened in Scotland over the last six years I’d be interested to hear it.

The second lesson for Scotland is that ‘feart economics’ is not an independence movement’s only option. We have been trying not to rock the boat, keep big business happy. Wales wants to sail the boat to a different place.

The third lesson comes from my experience of the Commission. Plaid leader Adam Price assured me from the start that he intended to take a broad-based, inclusive and diverse approach, not seeking to control everything centrally and to involve people openly.

There is a different culture around the Welsh independence movement. It is much less career-orientated, much less corporate (Plaid conferences are not dominated by adverts for big businesses), much more collegiate and yes, a bit more ‘homespun’. It is a movement that is still dominated by the cause rather than the machinery.

In fact you can feel this in the section in the report on a written constitution for an independent Wales. This is to be produced collectively by the people of Wales through a series of Citizens Assemblies.

In Scotland, there has been a persistent and slightly worrying refusal by the SNP to commit to a process of that sort, and in fact there was clear resistance to this way of doing things in 2014.

Today is about Wales. The movement there is buzzy and excited and it really is infectious. I’ve grown a deep affinity with what is happening in Wales and so much of it is much closer to what we should be doing than what we are doing.