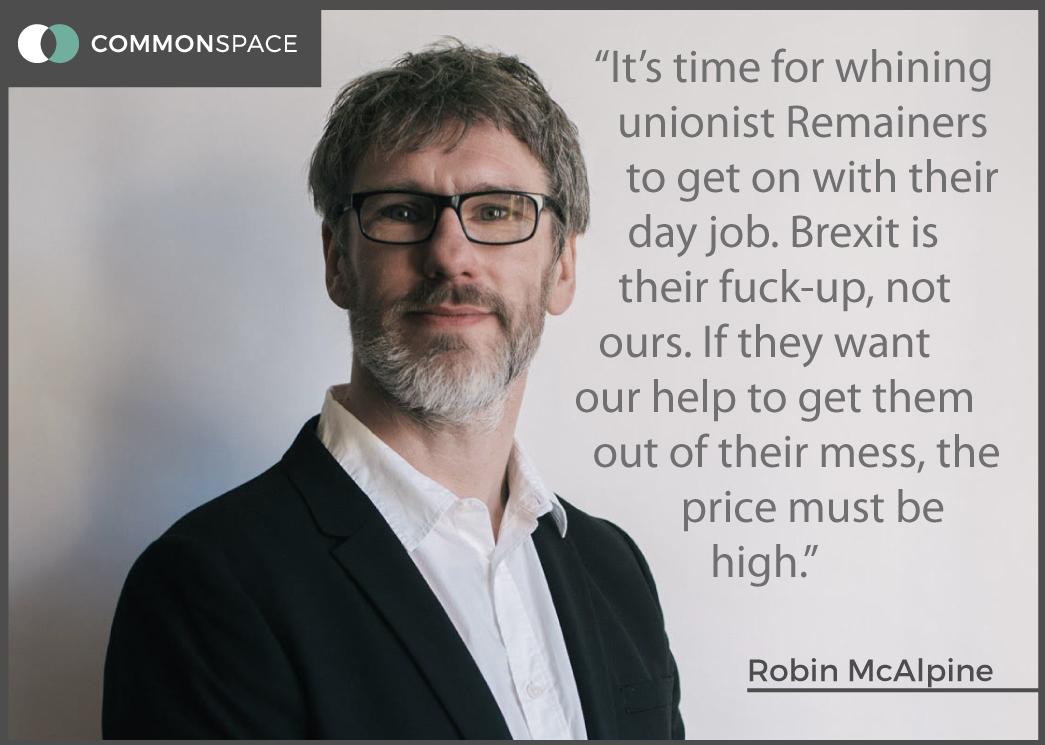 Common Weal director Robin McAlpine argues that the Yes movement desperately needs to identify a strategy to get to independence, and then pursue it without fear

‘WAIT until the autumn – just be patient. By the end of October there will be a firm date for an independence referendum and a clear strategy will be set out. You don’t need to worry your head about it.’ Or so I have been told a number of times over the last year. So can we have a serious debate about strategy now?

Let me start by explaining what strategy isn’t. It is not just ‘the next thing you do’, it is not ‘waiting around for the perfect moment’ and it is not a blueprint complete in every detail. It’s an active process. You know where you want to get to and you have a general plan but you don’t know all the steps in advance. You have to start walking.

So first you take all the information you have about where you are now – what cards you hold, what cards your opponents hold, where public mood is, what events and barriers lie ahead.

Then you think about all the things that you could do, then all the things that might happen if you do those things (if you’re good you think a number of moves ahead). Then you choose one of them to do. At which point you’re somewhere else – which means you need to reassess where you are and weigh your options again.

What do we know? What can we do? What are the possible outcomes? Chose something to do. Do it. Repeat.

Let me put it this way; if you look at where we are now, at the cards we hold and that our opponents hold and your conclusion is that we should hand them all the votes they want for THEIR second referendum but without winning a specific concession on OUR second referendum then you’re not a strategist, you’re Santa Claus.

It is time for whining unionist Remainers to get on with their day job. Brexit is their fuck-up, not ours. If they want our help to get them out of their mess, the price must be high. No ‘People’s Vote’ without a Section 30 order and let them cry ‘outrage’ all they want – it’s not like anyone’s listening to them.

But in any case, for all of you who are busy obsessing about Section 30 orders, might I suggest you’re about a mile in front of the game being played.

This is not a legal matter, a matter of process or a magic trick. This is about democracy, nothing else. We are not yet consistently on the right side of democracy and ‘tricking’ our way to a referendum or some other route forward isn’t enough.

Let me state this as clearly as it is humanly possible – our first step is to win over the people of Scotland. Asking for a Section 30 order from 48 per cent in the polls is weakness verging on arrogance. Saying we can only win them over after a Section 30 order is granted is rubbish.

For those who say we need to accept we won’t be given one so play a long game, have you no imagination at all? Can you really see no way to make it constitutionally and democratically impossible for Westminster to say no?

I could talk you through a dozen scenarios which get us a Section 30 order – but only three of them don’t involve a sustained poll lead for Scottish independence.

(For your interest those are bartering over a People’s Vote, extracting it as a price for propping up a minority Corbyn government or giving the Brexiteers Scotland’s votes in return for a Section 30 – the last one being a bad idea.)

And let me say this as well – to hell with these eternal calls for patience. There is nothing stopping us from winning over the people of Scotland to the cause of independence right now – other than a lack of spine.

Westminster can’t stop us developing a much better proposition to take to the people of Scotland than ‘Ohhhh, hopey hopey hopey’. Westminster isn’t forcing politicians to tell struggling Scottish families that they can have some optimism at some point, if only they’ll wait. And wait.

Right now the independence movement does not need a Section 30 order. It needs a sliver of courage, a hint of chutzpah, to show some damned imagination. It needs some bloody leadership.

And while these things exist in spade-loads at the grassroots, i’m afraid we can’t win it at the grassroots alone, no matter what you’ve been told. Indeed, I’ve heard a few voices saying ‘leave us alone, we’re already winning this’. But they’ve been saying it for three years now and we ain’t winning. Undecided voters don’t even know there’s a campaign going on.

We need a national independence campaign which moves the story forward, fills in the gaps and propels people towards a reassessment of their No vote. And if those currently with the power to do that simply don’t want to (or don’t know how to), they should support others who do.

The time when you could believe that we were close to an ‘officially sanctioned’ independence campaign is over. It’s not happening so there’s no longer any point in pretending. And if we’re paralysed by the comparatively easy task of settling on a sane currency option, how on earth are we going to address all the other big unanswered questions?

The SIC represents every national campaign organisation and pro-indy party and soon, through the regional forums, we hope also every local group. It is the only place of unity from which we can move forward. You need to support it – or put away your flags and resign yourself to some vague long game.

Yes I’m annoyed. You should be too. Do you know what waiting for the ‘perfect moment’ is? It’s an embarrassment, a grown-up believing in fairy tales. There is not, is never, a perfect moment. You have to make the most of the moments you have because they’re precious.

Make no mistake, if they’d been Scottish, Rosa Parks would have been told now is not the time to sit on a white man’s seat and Gandhi would have been warned that making salt on the beach was illegal and must be ceased immediately.

Nelson Mandela would be unmentionable, George Washington considered a terrorist and we’d be phoning the Death Star to grass up Princess Leia and her inappropriately constituted rebel army.

READ MORE – Nicola Sturgeon: Tories and Labour ‘will not deny Scotland’s right to choose’ on independence

Because, looking from the outside, we’ve turned into total fearties, ashamed of our own shadow and scared of everyone else’s. Wait for the ‘fog of Brexit to clear’? The fog of the 2008 financial crisis hasn’t cleared yet and that didn’t stop us in 2011. The fog isn’t obscuring our future, we’ve hunted out the fog to hide in.

Worst of all, our opponents know it by now. They know we look scared and without a plan. We might as well stick feathers on our bums and run around clucking.

Scotland is very, very close indeed to its independence. At the weekend the SIC is going to reveal some findings from its most recent round of research on public attitudes. I can promise you, things are going very substantially in our favour.

I think a target of 60 per cent pro-independence voters in Scotland by the end of 2019 is very much a possibility. Let’s watch Westminster stonewall that and see what happens.

But we won’t get there by hiding behind the sofa and staring out from between our fingers, shivering at the thought that we might need to fight.

We will need to fight; that’s for sure. But the first fight isn’t with the other side and it isn’t with the fog. Before that we must defeat our own inertia. To do that we’ll need to get our hands dirty – which is tricky if they’re raised in surrender.