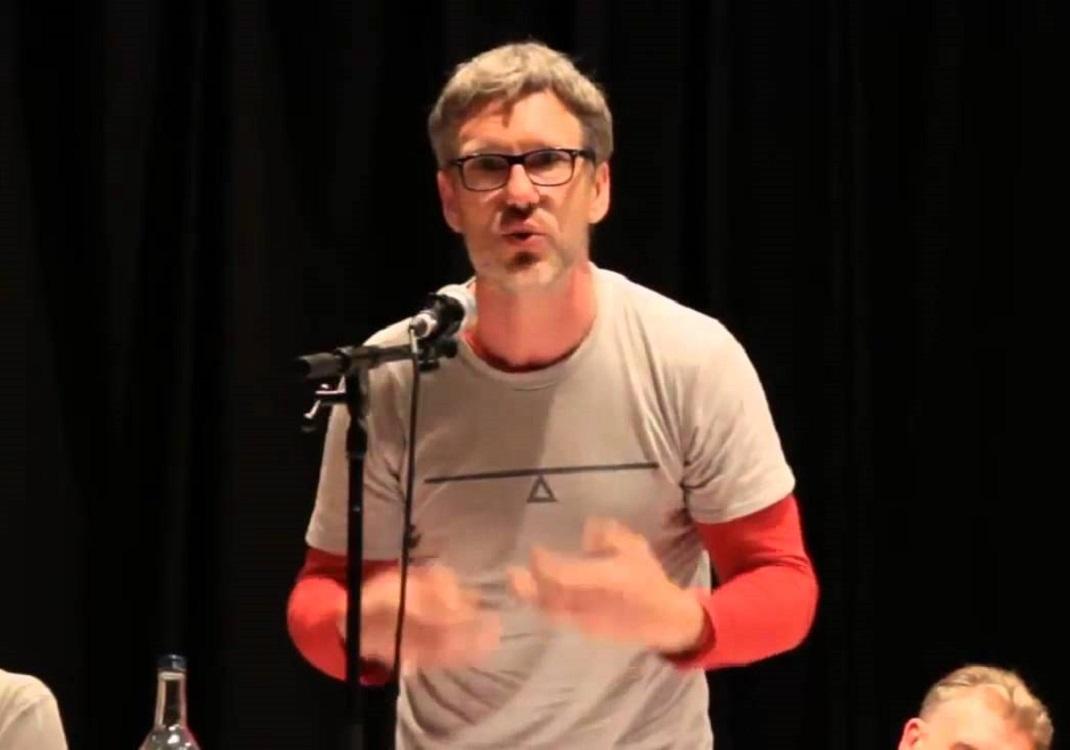 Common Weal director Robin McAlpine argues that universalism is intertwined with Scotland’s political identity, and should be protected

IF you want to understand what is different about political culture in Scotland as compared to England and Wales, I’d suggest that the best place to start looking is the question of universalism.

It is also why I believe that Scotland gives up any ground on the issue of universalism at substantial risk to its very political identity.

There are two broad ways to look at social provision, universalism or selectivity. Universalism means that you decide that something should exist, that it is a core part of your society and that you should therefore ensure it is provided to all.

It is so dispiriting that this debate has been opened up by comments by the Scottish Government’s new ‘poverty tsar’ Naomi Eisenstadt.

The NHS and universal school education are the defining examples of universalism. The alternative – selectivity – instead emphasises that there are things that it is probably important that people have access to but that our collective responsibility is limited only to those in dire need who can’t get access to those things by other means.

The prime example of a selectivity approach is the kind of benefit eligibility tests run by the likes of Atos. These are not variations of each other – these are fundamentally different political philosophies.

The case for universalism is rock solid and is supported by almost any detailed look at the data. You can look across many countries at many times over many policy areas and you will find the same thing.

When you provide a service that includes everyone, that service becomes a good service, is widely supported and becomes relied on by everyone. But because everyone starts from a different position, the impact of universal services is different for different people with the positive impact on the poor being particularly high.

So for example, if you make childcare free for all, yes this may partially subsidise the childcare needs of the affluent middle classes, but the impact on them (a bit more disposable income) is limited.

Universalism means that you decide that something should exist, that it is a core part of your society and that you should therefore ensure it is provided to all.

The same policy applied to a family with only one adult working in a low income job may well be to allow the second adult to take a job, which could conceivably double the household income.

The positive impact on the poorer household of exactly the same policy is massively bigger. That’s how universalism created the era of greatest economic equality Britain has ever seen and why rolling it back has reversed those gains.

But why not just target the funding to those on whom the impact is biggest (the selectivity argument)? So only give the childcare support to the poor. The problem with this is measurable – it just doesn’t work properly in practice. There are a number of reasons for this (I was one of four authors of a report which has the links to all the data to explain this) .

Here I’ll just raise three. First, it’s incredibly inefficient because immediately a chunk of the money that would be spent on the service is instead spent on assessment and other bureaucracy.

Second, because these services then become services only for the poor (who have a low propensity to vote), politicians have little incentive to support them properly, particularly when budgets are being cut (you only need to look at the assault on social services taking place in England just now to see this).

And third, because these are then seen as ’emergency’ services, we are as a society much less invested in whether they are actually any good or not – the middle classes whom politicians shape policy to woo not longer have any vested interest and so bare-bones services are what result.

Imagine the impact on society if most of us were in a private healthcare insurance scheme but a proportion of the poorest in our society were relegated to a ‘safety net-only’ healthcare system for the poor. What do you think would be the result? Better lives for the poorest?

But selectivity keeps coming back into our political debate because it is inextricably linked to another political philosophy, one which is currently known as ‘austerity’.

In this world view, governments have a fixed budget and must then ‘spend wisely’ by targeting their spending at those in ‘most need’. But in fact what this political philosophy is really saying is ‘we can’t mess with the interests of the wealthy through tax so the rest of society will just have to put up with what little we can afford’. Selectivity is a smokescreen for a political philosophy of inequality and low tax.

There is a beautifully simple alternative philosophy, one which has underpinned my entire political world view – ‘from the cradle to the grave, from each according to ability to pay to each according to need’.

It is a politics which places security for all in society ahead of the pursuit of extraordinary wealth for the few. And it works – it works incredibly well. If in doubt all you need to do is compare anywhere with a universal healthcare system to anywhere without one.

It is so incredibly important that we stand our ground and fight the fight for universalism. As soon as we start to give in to the ‘something for nothing’ arguments, the ‘logic’ starts to effect everything.

To make it fair we have to pay for it through properly progressive taxation. It is an incredibly simply formula which, in the decades after the Second World War, resulted in a more rapid improvement of the lives of the poor than almost anything else achieved in our history.

This is why it is so incredibly important that we stand our ground and fight the fight for universalism. As soon as we start to give in to the ‘something for nothing’ arguments, the ‘logic’ starts to effect everything.

Why should someone on minimum wage subsidise a winter heating payment for a millionaire? Well why should someone on minimum wage pay for the healthcare of a millionaire? Why should middle class children get a free university education when they can afford to pay? Well why should they get fifth and sixth year at high school for free either when lots of poorer children have left school? And so on.

This is why it is so dispiriting that this debate has been opened up by comments by the Scottish Government’s new ‘poverty tsar’ Naomi Eisenstadt. This article began by arguing that this is one of the defining differences between Scottish politics and the politics of England and Wales.

From what I can tell, Naomi Eisenstadt is a well-intentioned, intelligent and thoughtful person. But she seems to come from a different political culture, one where euphemisms like ‘failing schools’ and ‘living within our means’ are the norm (although I’m sure she’d never use them). These concepts are not the norm in Scotland and we should fight to make sure that they do not become the norm.

This does not mean there are no difficult questions. I have said many times that when we produced the Book of Ideas we tried to find ways to fund a replacement of the benefits being cut by Osborne in a universalist way and concluded that with the limited resources Scotland can raise and the lack of policy control, it is virtually impossible.

There are always ‘tough choices’. But in making those choices we should never talk down or attack the fundamental philosophies on which progressive Scottish politics are based – the most recent person to attempt this was Johann Lamont and it went very badly for her indeed.

I’m not an insular person when it comes to policy. For quite a few years now I’ve been involved with projects which look round the world to see where we can find best practice.

In saying that we should fight against the anti-universalist philosophies which dominate Westminster policy debate from taking root in Scotland, I say it not because they don’t work and because when they get a toe-hold they change the very nature of your politics.

Rather, I would (as so often) point north to suggest that universalism is at the very heart of the success of the Nordic countries. So by all means let’s go looking for the best learning we can find on how to deliver public services. But let’s look towards those who do it better than us, not worse.

And, above all, let’s not cede political philosophy in the face of the ideological attacks coming from George Osborne. Universalism works and works well. It is redistributive and has done more to help the poor and vulnerable than any other social policy in a hundred years.

Our next step should not be to introduce fees for university students or means-tested charges for seeing your GP, it should be the creation of a genuinely brilliant universal childcare system to which every citizen of Scotland with children has an automatic right (with a modest tax rise to pay for it if need be).

When it works, when it turns out to be transformational, when it is shown to be wildly popular – that’ll be one more nail in the coffin of a politics Scotland has resisted for decades.