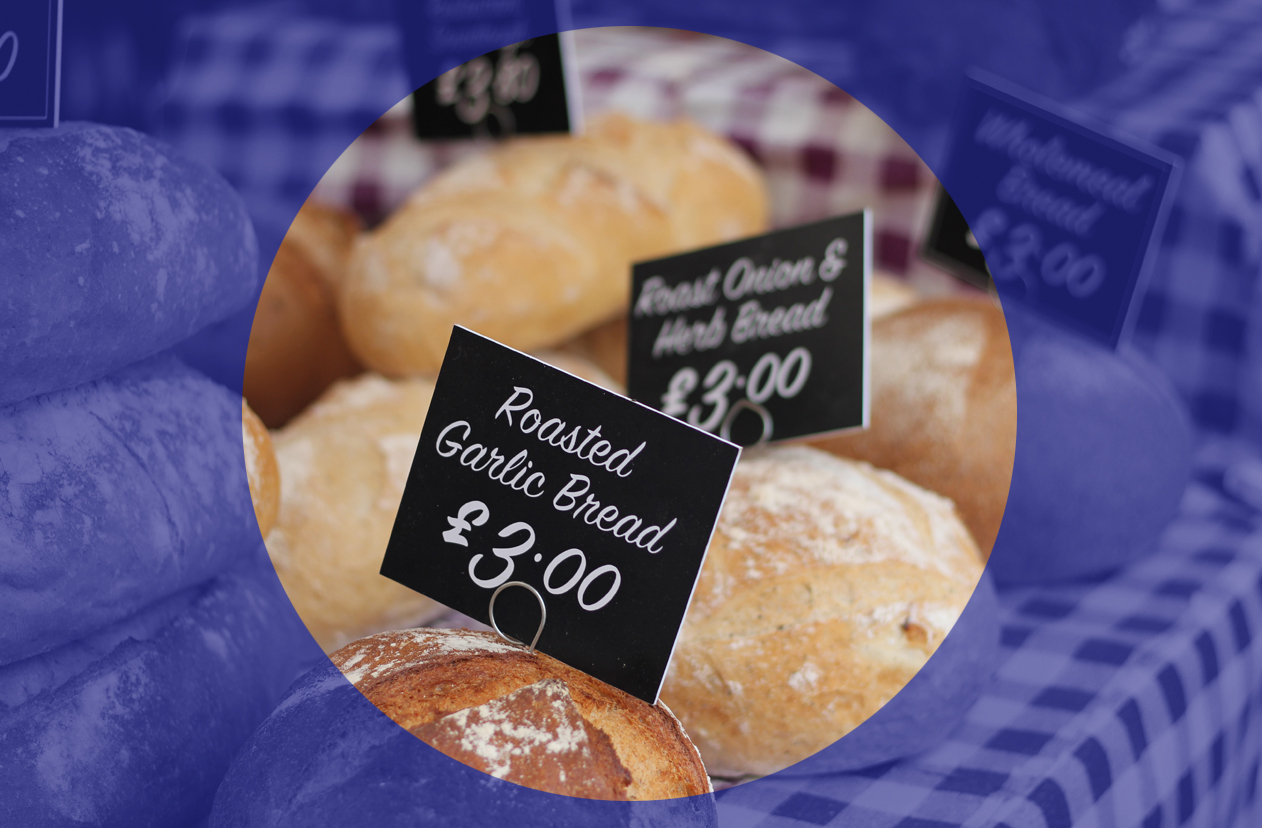 “The present is not inevitable; moving beyond it is. Stop telling yourself this works, or that it is as good as it gets. And stop saying next is bound to be worse.”

Common Weal Versus the Virus: The virus is exposing the reality of the weaknesses in our economy, society and democracy. Over the last six years Common Weal has been showing that the weaknesses can all be fixed. Over the next few weeks Common Weal Director Robin McAlpine will write a series of columns showing how Common Weal policy is the best way to survive this virus and then rebuild when its over. Today – a different kind of market

TOMORROW we start to launch the real content of the economic recover and transformation plan we’ve been working hard to put together. While in many ways it is radical, in others it is actually quite conservative. It is, after all, a plan driven by getting a business sector to make much more effective use of our natural resources.

But as I was arguing in my last virus column, what is exciting for me isn’t just what this does now, it’s what it points towards. I don’t have a proper name for it yet, so in my head I’ve been calling it ‘platform socialism’ (but this isn’t a good description and ‘balanced capitalism’ is closer). Here’s the theory.

It starts from the idea that we don’t really have a persuasive model for replacing markets when it comes to the production and distribution of products which represent optional consumption. (Foundational Economics provides a model for dealing with non-optional consumption like public services, energy and housing.)

That being the case, what is the best description of these markets when they work well? I’d argue that Adam Smith (more in his later work) had it basically right – it’s when consumers and producers have fair access to a space where trade can take place, the consumer will choose the best product.

So if you (or anyone) can make a better product than one that is being made just now, you can simply enter this market and displace an inferior product. Thus good producers have an incentive to do better, new entrants don’t face major barriers (bringing innovation with them) and consumers have access to the best possible products.

That is a million miles away from what we actually have. In reality existing producers are incentivised to cut corners and squeeze their workers, new entrants are largely blocked from markets and consumers have to work very hard to get access to many potential products.

Why? What causes this? Adam Smith himself would have assumed the problem lay in the fact that “People of the same trade seldom meet together, even for merriment and diversion, but the conversation ends in a conspiracy against the public, or in some contrivance to raise prices.”

What is rentier capitalism? Well, if productive capitalism is (put roughly) the combination of capital and labour to increase the value of the capital, rentier capitalism shares much more in common with feudalism – find something other people need, buy it and charge them a lot to get access to it.

Rather than profit from productive activity this is profit from ownership – money levered because you have money.

Much of this is just normal exploitation (property portfolios are big business and their lobbyists like constantly rising house prices, so that’s what public policy has done for 40 years). But it combined with another phenomenon – vertical integration.

In the past you bought business services from another business. For example, if you wanted to move your goods around you went to a distribution company – you hired haulage services. Vertical integration simply means that, if you get big enough, you can replace these external services with ones you own instead.

The supermarkets are the case study in this; one they set up their own internal distribution services there wasn’t enough market left to sustain the independent distributors, and they had to specialise. So Tesco and Asda can move their goods around but an independent producer has very limited (and generally expensive) options for moving theirs.

Effectively this is a ‘rent on the market’ – the means of actually getting to customers is now a monopoly (they’re the only people who can do it). That then turns them into a monopsony (monopoly is one seller, monopsony is one buyer – and because they own market access they are the only buyer of the products so squeeze their producers hard).

For food, Tesco. For furniture, Ikea. For clothing, the Arcadia Group. You can do your own list very quickly. When you do you will immediately realise that there is no attractive ‘entrepreneurial’ options for you in food production, furniture manufacture or clothing design. It’s ‘go boutique’ (i.e. tiny market) or be crushed by the machine.

Innovative this is not – and we’ve not even got to Amazon yet, a petrifying behemoth which could now bring down entire societies if it was to withdraw its services (it is so, so not just selling plastic garbage – Amazon runs nearly half of the servers which run the modern internet).

As I explained last week, I love creativity, I love people who have ideas and skills and initiative. Scotland’s microbrewers basically all make better (and massively more interesting) beer than the big corporates. It’s only because they can make deals with independent pubs that they exist – if they’d relied on supermarket sales they would never have been born.

So if I buy into the creative potential of (carefully regulated and limited) markets and the ability of people to really innovate, how do we keep that bit and lose the feudal bit?

If the full weight of the public realm was brought to this it would be easy to build national distribution platforms. In fact I suspect now is the perfect moment, because I suspect people are going to get into the habit of more local and more online consumption post-virus.

Setting up a national distribution network isn’t an overnight task, but it’s hardly rocket science. Once you do, turn it into a supportive friend and not a parasite. Rather than use monopoly control of market access to screw producers and shut them out, use it to facilitate producers and help them grow.

What I’m basically asking for is a publicly-owned Amazon. Personally I’d start with food, an area where Scotland has loads and loads of businesses which underperform because of lack of market access. If food could be delivered quickly and inexpensively to households without extracting a big cut of the producer’s profit (just enough for basic operating costs), it would unlock a flood of enterprise.

Everything else becomes possible after that. Why doesn’t Scotland make much clothing, much furniture, many light goods, almost no electrical goods (for mass market)? ‘Cos you can make ’em, but you can’t sell ’em – because someone else has concreted over the door to market.

And follow it through a bit – all those empty high streets. There is a world of ways in which such a distribution network could facilitate non-exploitative local shopping. When you went to one of those shops and you scanned the barcode, you’d know that 80 per cent of what you just paid is already in the bank account of the person who actually made it.

I’m totally open to how this is owned and governed. I’ve already explained that I don’t think governments should be managing everything as a political project. I’d suggest a producer cooperative model (but only after it has been created at scale by the public sector), except I worry about the risk of corporate cartels turning into producer cartels (particularly as they get bigger and more powerful).

In fact I think this would be a perfect ‘National Mutual’, owned and managed directly by all of us, but it could have a consumer/producer/public interest stakeholder model as well (the public interest bit is how we take the plastic out of this process).

In my head I’ve been calling this platform socialism, but as I said, it’s not really a good description. This is as much about producer-to-consumer capitalism. So long as it is managed in the public interest (super-cheap but barely edible is not in the public interest), it really could be transformational.

If someone asks you ‘what next?’, how about a system where the best idea, the best craft, the best product actually wins – one where new entrants are not crushed at birth? Imagine it transforming not only the economy, but your diet, what you wear, what we all throw into landfill, how you shop and your own high street or local community?

The present is not inevitable; moving beyond it is. Stop telling yourself this works, or that it is as good as it gets. And stop saying next is bound to be worse. Those are choices. We can most certainly think up better.

Next Up: a sharing economy and post-capitalism