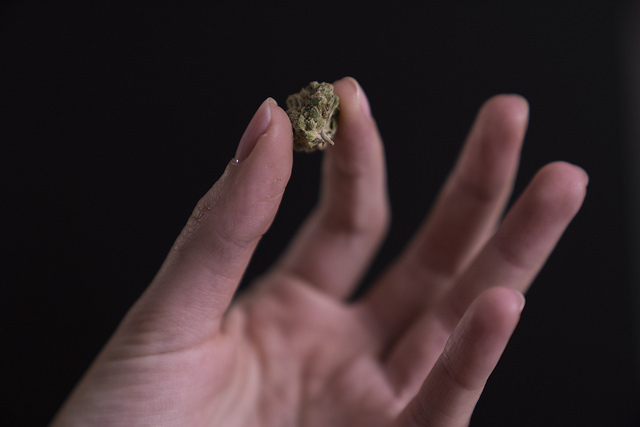 SNP MP Ronnie Cowan, vice-chair of APPG on drug policy reform, argues that the UK’s denial of the therapeutic value of medical cannabis is no longer tenable, given the government’s approval of cannabis production by British Sugar and links to the top of the industry

OVER 30 US states now have access to some form of cannabis derived medicines. A rapidly growing number of European countries – around a dozen to date, allow various forms of medical cannabis, as does Australia, New Zealand, Israel, Uruguay, Chile, Colombia and Jamaica.

These country’s authorities have concluded that cannabis derived medicines, in many cases including standardised herbal cannabis products, have therapeutic value and tolerably low risks. These governments have found ways to make them available, via doctors, to people who need them. Millions of people around the world are benefitting, and our knowledge of cannabis as a medicine is growing. But not, it would seem, in the UK.

There are many legally available CBD (cannabidiol) oil products. CBD is not psychoactive so therefore not captured by the Misuse of Drugs Act or Psychoactive Substances Act. The problem with CBD oil is that while it does appear to have great medical potential, patients currently struggle to get good information on how to use it, and the products themselves are of highly variable quality due to a lack of regulation, making it difficult for doctors to recommend or prescribe – let alone do meaningful research. The truth is, beyond anecdotal evidence, we don’t know nearly enough about CBD oil, and the tragedy is that the Home Office do not appear to be actively pursuing answers either.

It’s not as if they aren’t close to the producers. British Sugar grows cannabis under licence from the Home Office which they sell to GW pharmaceuticals to make its new CBD based medicine, Epidiolex. British Sugar’s Managing Director is Paul Kenward, husband of the Home Office Minister with responsibility for drugs, Victoria Atkins.

Since this fact was widely publicised she has recused herself from addressing issues related to cannabis – an extraordinary position for the drug minister to be in. And this cosy relationship doesn’t end there. The Prime Minister’s husband, Philip May, is a Relationship Manager at Capital Group, who through Mentor Capital, are the single largest shareholder in GW Pharmaceuticals, with a holding worth hundreds of millions.

We should be asking, is the UK Government prioritising the interests of ‘big pharma’ profits over the health and wellbeing of UK citizens? There are for example, standardised herbal cannabis products, licensed as medicines for prescription in the Netherlands and various other EU countries. But UK doctors are unable to see their prescriptions, for these medicines, honoured in the UK. Absurdly, however, a Netherlands citizen can bring their prescribed herbal cannabis to the UK and use it freely.

The products exist and the procedural hurdles can be navigated as other countries have demonstrated. The time has come for the UK Government to nail its colours to the mast and explain its current stance and future strategy. Not only should prescriptions for existing licensed medicines be honoured for importation, the Government should open up the potentially hugely beneficial research and production opportunities for medical cannabis in the UK, currently monopolised by a single company with close links to the cabinet.

At Westminster the advent of an All Party Parliamentary Group for medical cannabis under prescription can hopefully act as a catalyst to bring together cross-party and cross house support to the cause. The very many men, women and children that could benefit from medical cannabis should not be denied any longer.

This article is based on a longer version which appeared in The Times on 13 June.