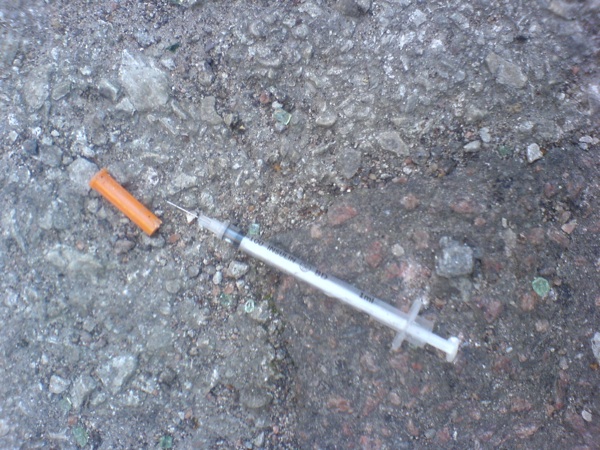 Ronnie Cowan, SNP MP for Inverclyde, met with the National Aids Trust on Monday [16 July] to discuss the HIV outbreak in Glasgow. Today, he writes about how the solution is already well known from the experience of the HIV epidemic in the 1980’s – the only barrier is a lack of political will from the UK Government

THE recent report of 934 drug related deaths in Scotland in 2017 highlights a national disgrace which must act as a wake-up call.

Back in the 1980s the world was introduced to ‘a big disease with a little name’; HIV. This forced us to reconsider our attitude towards drug consumption.

Through advances in medical science and a change of behaviour, notably increased use of condoms and a reduction in sharing needles in the drug injecting community, we gained greater control and eventually slowed down the spread. It took us a few years to come to terms with the crisis facing us but during that time we nearly got it right. We nearly embraced needle exchanges and in some cases, like Glasgow, where we did, we greatly reduced the spread of HIV. In other cities such as New York and Edinburgh we didn’t and HIV spread like wildfire through the drug injecting community and beyond.

But over 30 years later the spread of HIV is once again increasing and yet the solution is already known. Safe Drug Consumption Rooms (SDCR) have been operating under various guises in the UK since the 1920s and the Rolleston Committee and after the 1971 misuse of drugs act and therefore more akin to the current legal restrictions, we had the harm reduction units on Merseyside which were primarily associated with Dr John Marks.

These units recorded zero deaths, zero HIV, a drop in acquisitive crime of over 93 per cent and a reduction in addiction of over 92 per cent.

Now we are closing needle exchanges, refusing licences for SDCRs and not surprisingly the consequence is that we have another burgeoning HIV epidemic.

Last time, if we were to be extremely generous, we could blame ignorance. This time, we have no such excuse. The facts are written in the history books. The academic studies line the walls of libraries. The list of deaths are legion.

This time we know what we must do and we have models that exist in other countries that we can draw upon. Those who pertain to have morals must ensure that this time, we get it right.

The last time, too many grieving families lost loved ones and too many lives were blighted. SDCRs are paramount to halting the advance of HIV. And SDCRs are preferable to needle exchanges. All the issues that have made needle exchanges unpopular and led to closures are addressed by SDCRs. They don’t involve people carrying drugs to the rooms, those same people don’t leave carrying drugs and then consume it in the immediate vicinity. And we don’t have the detritus of used needles, foil wraps, bloodied wipes and vomit blighting the lanes and bin sheds of the vicinity.

And if you are one of the few honest souls that are prepared to admit that you don’t care about the death of drug users then at least look at the financial argument. A pound spent on prevention, saves three being spent on health service treatment further down the line and seven on the criminal justice system.

So whether it is moral or financial the argument for government funded SDCRs is a winner. The alternative is a dereliction of responsibility by the UK Government in the face of a growing epidemic.