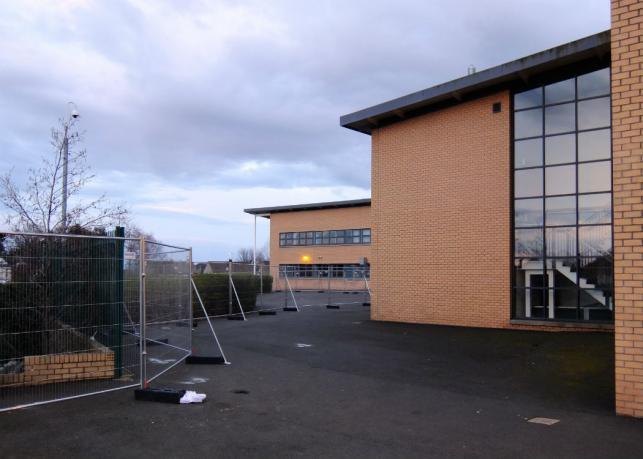 SCHOOL CHILDREN were ordered inside at Oxgangs primary on Thursday (15 March) after wind damaged the school’s roof, raising fresh concerns about pupil safety at the private finance school only two years after a report said “timing and luck” prevented deaths when a wall collapsed.

It is understood no pupils or staff were injured during the most recent incident, and the school remained open while the issue was fixed.

Safety fears at the Private Finance Initiative (PFI) built school in Edinburgh first surfaced after a wall collapsed during stormy weather in January 2016, prompting 17 other schools in the city to be shut for emergency safety checks.

An expert report into the problems at the time said “timing and luck” prevented deaths or injuries when the school’s wall collapsed.

In February 2018, pupils attending an after school club at Oxgangs primary were reported to be covered in ceiling debris after part of the roof collapsed and one child was hit with a ceiling tile.

Speaking to CommonSpace after the incident on Thursday, a spokesperson for the City of Edinburgh Council said: “A section of flashing on the school’s roof was found to be loose this morning and flapping in the wind.

“Officers from the Council and our PPP provider attended on site immediately and it was made safe. The health and safety of our pupils and staff is of paramount importance.”

17 schools in Edinburgh were built or refurbished under the same public-private partnership (PPP) scheme in 2002, forcing a massive building investigation into all the schools after the initial wall collapse at Oxgangs.

Speaking to a Holyrood committee after the investigation, Edinburgh council’s estates chief Peter Watton admitted the council “got it wrong” when signing the 2002 deals.