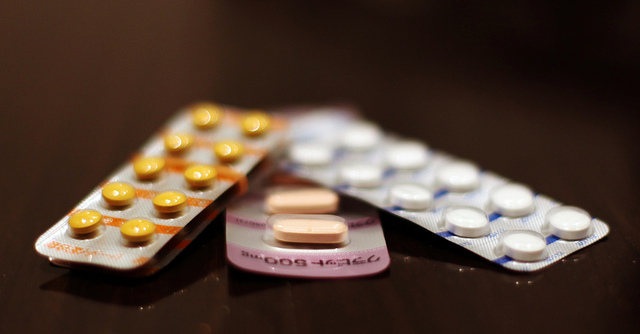 Scottish Conservatives MSP Annie Wells recently said of antidepressants: “The suspicion among many is that these pills are being handed out too readily when more appropriate solutions could be found.” But when the drugs do work, shouldn’t we just keep taking the pills?

I AM not ashamed to say that I have suffered from mental health problems in the past. In fact, I’m so unashamed that I wrote a book about it.

I took a wild guess that people would relate to my story. Luckily for me, the NHS helped me get better and I’ve been well for a good few years now, give or take a couple of wobbles.

However, I can’t honestly say that I got better all by myself. Each time my mental health was in peril, I used drugs (prescribed drugs, I should add; this blog isn’t about self-soothing or self-medicating) to get back on track. Back to reality. Or at least my version of normality.

When I was in danger of unravelling, I felt unbelievably grateful that the drugs, despite what The Verve say, do work.

When I was in danger of unravelling, I felt unbelievably grateful that the drugs, despite what The Verve say, do work.

The first time I experienced mental health problems, I went full on bat shit crazy. I don’t mean to sound flippant or to trivialise anything as serious as a mental health issue, and I do apologise to anyone shocked by bad language. But that’s just how it was.

I know, because I read my medical notes from the time I spent under section. I experienced sleep deprivation and work stress to such an extent that I became psychotic. Psychosis is when you see and hear things that nobody else does; your version of reality distorts and doesn’t fit with anyone else’s, even the others on the psychiatric ward.

It felt like my brain was fighting with itself. All this at the age of 34. No previous history of mental illness, not even an inkling that such a thing might happen to me.

When it did happen, I was initially so ill that I was very suspicious of the little pills the nurses and doctors tried to give me. So much so, it impeded my recovery.

In my case, an antidepressant called mirtazapine seems to help me sleep and – so far – if I can sleep, I can stay well.

I was well enough to go home from the psychiatric ward after 21 days. I stayed well for a while after that, but my mental health wobbled again after the birth of my daughter a few years later.

I could put those wobbles down to post-traumatic stress disorder; the birth didn’t exactly follow the birthing plan I dutifully wrote. Instead, I had a serious haemorrhage (is there any other kind?) and could have lost my life. Then again, who’s to say something else wouldn’t have set off a wobble down the line?

After the second wobble, I decided it was better for me to stick with the medicine for the time being. In my case, an antidepressant called mirtazapine seems to help me sleep and – so far – if I can sleep, I can stay well. But I really struggle with the decision to keep taking it.

Why can’t I survive, thrive even, without medication? If I’m not, as I claim, ashamed to have suffered mental health problems, why even hesitate to take medicine that stops my life spiralling out of control?

Taking a pill seems too easy, as answers go; keep taking the pills rather than sort out the problems that kept me awake at night in the first place. There are other steps I actively take to look after myself now. For example, I keep physically active, eat well (mostly), talk openly about my worries and try not to worry so much.

If I’m not, as I claim, ashamed to have suffered mental health problems, why even hesitate to take medicine that stops my life spiralling out of control?

I transformed my life, going from a stressful city job working in a chaotic office environment to working for myself in the peace of the countryside. I consciously switch off the perfection button in my head.

I aim for high standards instead, as perfection is of course unachievable. Not to mention overrated and possibly slightly boring. Most of the people I admire are not at all flawless.

I also try to be honest about the sort of person I am – a natural born worrier, sensitive, harder on myself than I need to be, an overthinker. I’m not ready to accept that I’m particularly prone to stress, but it’s a definite maybe. In which case, surely it’s sensible to protect myself from the terrifying prospect of getting ill again?

A friend of mine who also takes mirtazapine asked me what I thought of it. I said it made me feel better, because it helped me sleep. He said, but don’t you feel shit in the morning? I said yeah, but I’ve always felt pretty bad in the morning. And a fuzzy brain first thing is a very small price to pay. Two cups of tea later I’m grand. Taken in the AM of course, to minimise sleep disruption.

While we’re on the subject of tea, I’ll compare taking antidepressants to imbibing caffeinated drinks. Why not? They’re both drugs, after all.

Can I honestly claim to reject the shame or stigma of mental ill health while admitting to feeling guilty about treating it?

I don’t really enjoy coffee, it makes my heart race more than I feel is healthy. But I’m really exceptionally keen on tea. So much so that my husband and I promised to make each other tea as part of our wedding vows. And while I admire people who give up caffeine, I would never seriously consider it myself.

It’s way down on my to-do list, along with switching to a dairy-free diet and trying not to swear at the radio during the Today programme.

Having twice given up mirtazapine, I’ve no doubt caffeine would be much harder to go without, in terms of dependence. I’m sure my bladder wouldn’t need to work so hard if I reduced my four cups a day habit. In that sense, caffeine takes a more obvious toll on my health than mirtazapine.

Talking to GPs, I would say I’ve encountered a 50/50 split. Half are of the opinion that patients shouldn’t stay on antidepressants long term, if at all possible. They can’t really say why not.

The other half say, stay on them as long as you feel you need to. Even if that means you’re taking pills for the rest of your life. This would never happen, but if a well-meaning GP implied I should really start thinking about cutting down my tea intake, I’d be inclined to get stroppy and defensively mutter something about personal choices.

To me, shame is the outward version of guilt. I imagine there would be zero guilt or shame associated with having a heart attack or catching a debilitating disease.

Both mirtazapine and caffeine help me function; of course, the biggest difference between them is there is no shame, stigma or taboo involved in my morning cuppa.

Being mentally ill is so frightening that it would be daft not to do something that helps me stay sane. What bothers me most is that I get the sense I’m not properly me while I’m on this drug. I’m 90 per cent me, maybe even 95 per cent, but it’s me plus a veneer. And I’m not sure that can be a good thing.

Does it dull my senses? Am I wandering around in an anti-depressant bubble, not caring about things I should be caring about? Is there less fire in my belly?

Part of my problems stemmed from caring too much, for example about other people’s opinions. Maybe saying “ah well” once in a while isn’t necessarily bad news. I certainly cry less often on mirtazapine, but I used to feel better after a good cry. I would hate to think I laugh less too.

When I got over being ill, I started to feel guilty. About all sorts of things, such as what I had put my family through. Guilt is my default setting whenever I feel low.

Thinking of the alternatives to taking antidepressants, I honestly can’t think of a single thing that would be as likely to help.

There is a specific kind of guilt that goes perfectly with taking medicine. Can I honestly claim to reject the shame or stigma of mental ill health while admitting to feeling guilty about treating it?

To me, shame is the outward version of guilt. I imagine there would be zero guilt or shame associated with having a heart attack or catching a debilitating disease.

The mainstream media loves stories about an “epidemic of depression” and I suppose I’m included in any statistics that support this idea. My psychosis has been described to me as a depressive episode. But, although an antidepressant is working well for me, I never believed I was depressed.

Maybe for that reason, I’d be happier about long-term antidepressant use if the packet was labelled “sleeping pills”.

Thinking of the alternatives to taking antidepressants, I honestly can’t think of a single thing that would be as likely to help. Personally, I cannot think of a more “appropriate solution”, as Scottish Tory MSP Annie Wells recently put it.

And that’s what it boils down to with me. I’ve more chance of a nice, happy life on medication than without.

Yes, I could make time for yoga and meditation and save up for expensive CBT sessions; I’m assuming the chronically underfunded NHS can’t afford to send me for counselling. But none of that would make as much difference as a sedative anyway. Not when my biggest issue has always been sleep. And yet, it does feel as if I’m failing by admitting these drugs into my daily routine.

A close friend of mine struggled to give up a different antidepressant, going up and down the doses in a quest to eventually cut out her medication. This went on for some time, almost a decade in fact. In the end, she opted to stay on them.

I asked her why, and she quoted her GP, who had listened to her dosage struggles and told her just to stay on a dose that she felt comfortable taking. Because she wanted her patient to have “a nice life”. And that’s what it boils down to with me. I’ve more chance of a nice, happy life on medication than without.

I’d love to know what other people think. Because, if I have learnt anything about mental health, it’s that whatever you’ve been through and however you’re feeling, you’re never, ever alone.

Ros Nash is an author and mental health campaigner based in Caithness, Scotland. Her five star-rated memoir What’s Up With Ros? is available on Amazon