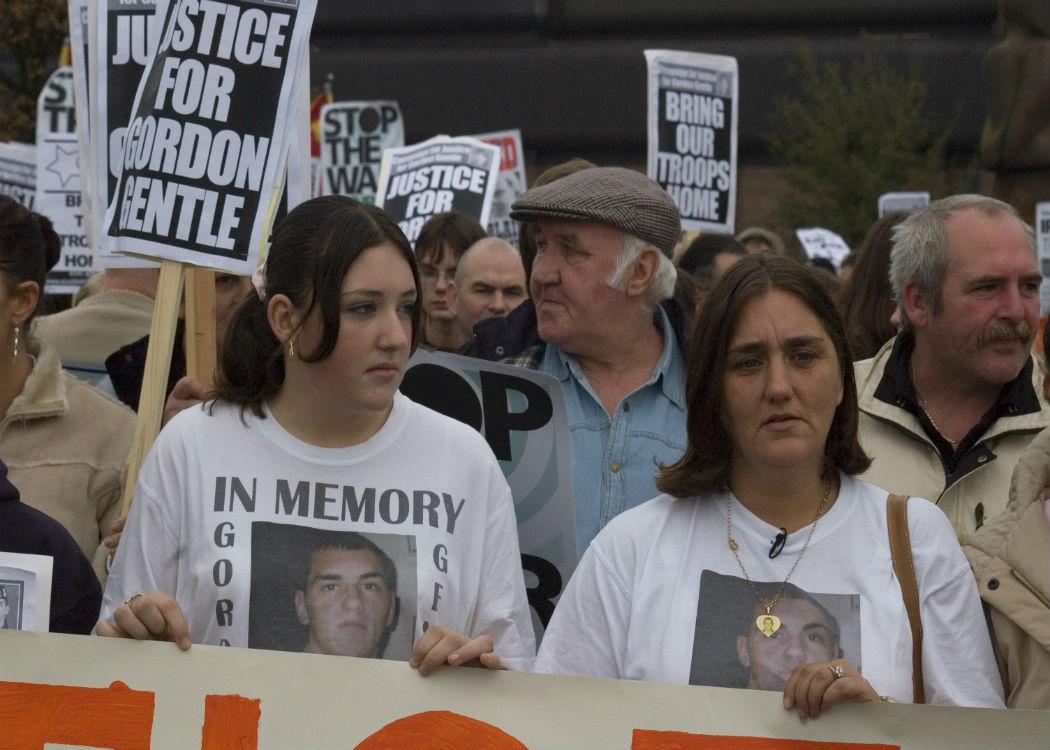 ROSE GENTLE is backing calls for legal action against the Chilcot Inquiry if it does not publish its findings by the end of 2015 .

The anti-war campaigner is the mother of Gordon Gentle, a 19-year-old Glaswegian soldier killed in Iraq in June 2004.

Quoted in The National, Gentle said: “We can’t get closure, it’s been going on too long now. It’s hard for all the families, we really just want it over and done with.

“I would definitely support legal action if there’s not a date given of when the report is going to be published,” she added.

Gentle has previously won a campaign for an inquest to find that the death of her son was unlawful because it was caused by a lack of military equipment.

Twenty-nine soldiers’ families are threatening the legal action in the High Court as anger mounts over delays in the report’s publication. The families have said they believe that the delays are unlawful and are angry that influential political figures have been given substantial amounts of time to review comments made about them.

Lawyers for the families have given the inquiry, chaired by Sir John Chilcot, two weeks to set a date for the publication of its report.

The inquiry has so far has cost PS10m. It has interviewed hundreds of witnesses including former prime minister Tony Blair.

It began in 2009 and concluded its hearings in 2011, but the publication of its findings have been subject to a long series of delays.

The inquiry has said the delays are to allow persons criticised in the report to respond.