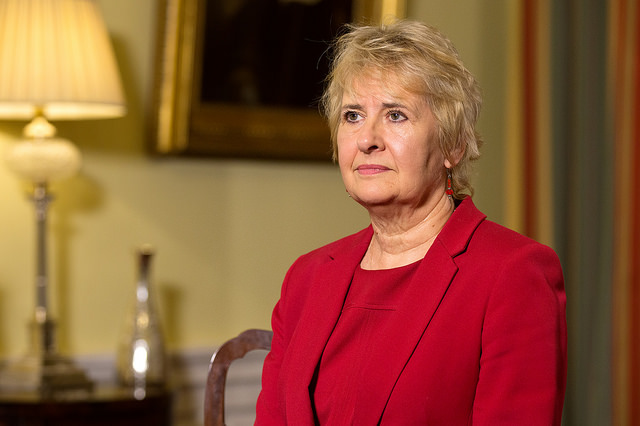 ROSEANNA CUNNINGHAM, Cabinet Secretary for the Environment, Climate Change and Land Reform, has made an unapologetic defence of both EU environmental law and the principles on which it was founded.

Speaking at the European Environmental Bureau’s annual conference, Cunningham said: “The creation of a European Union has been about recognising shared values that bring us together across national boundaries. A robust and effective approach to protecting our environment has proved, for many of us, to be one of those key shared values.

“My ambition is to carry through not just the letter of EU environmental law but also the underlying principles.” Cabinet Secretary for the Environment Roseanna Cunningham

“So, my ambition is to carry through not just the letter of EU environmental law but also the underlying principles of precaution, prevention and rectifying pollution at source, as well as the ‘polluter pays’ principle.

“Not doing so means we risk lagging behind and diverging from the ambitions of our European allies as well as missing key tools that can help us to meet international ambitions such as the UN Sustainable Development Goals.”

Following the speech, Cunningham met with representatives of the UK Government to support the principles she described, seeking clarification from ministers on how they might be preserved post-Brexit.

Responding to Cunninham’s speech, Jeremy Wates, Secretary General of the European Environmental Bureau said: “We strongly welcome the commitment of the Cabinet Secretary today to preserving not only EU environmental law but also the principles which underpin them.

“Our commitment has always been to securing the highest standards of environmental protection in Scotland and across Europe. We know that Brexit challenges this and we are heartened that leaders in Scotland are working to preserve these hard-fought protections and stop a race to the bottom.”

“Actions speak louder than words and so we look forward to the Scottish Government providing further certainty regarding the future of these important international principles in Scotland.” Scottish Environment LINK chair Helen Todd

“It is testament to the Scottish Government’s ongoing commitment to sustainability and helps address one of the risks of Brexit – namely, that internationally recognised principles of environmental law enshrined in EU treaties will no longer apply once the UK exits the EU.