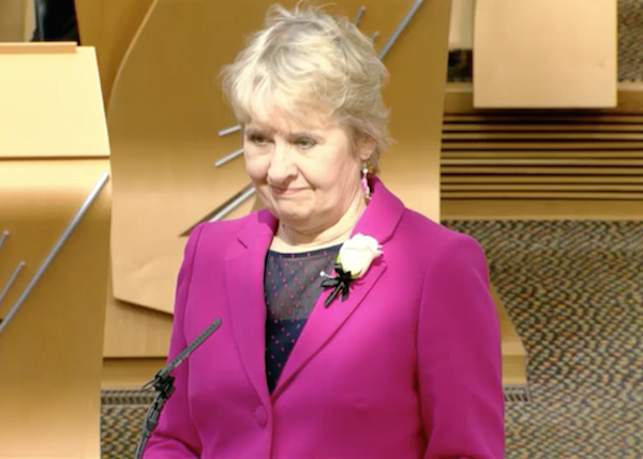 SCOTLAND’S FIRST cabinet secretary for land reform will set out her case for diversifying ownership in a speech to the country’s big private landowners tomorrow [Wednesday 25 May].

Roseanna Cunningham was given the new position of cabinet secretary for the environment, climate change and land reform as part of the post-election government reshuffle.

Replacing Aileen McLeod, who led the ministerial team for the Land Reform Act 2016, Cunningham will take part in her first public events with speeches to landowners group SLE, followed by speaking at the Community Land Scotland conference later in the week.

The conferences (in Edinburgh and Stornoway respectively) will be dominated by debate on the implementation of the 2016 Act, and wider efforts to expand community ownership of land.

Cunningham was previously the SNP spokesperson on land reform during the passage of the 2003 Land Reform Act, when she argued that the bill didn’t go far enough, and more effort was needed to confront the concentration of land ownership in Scotland.

Previous research, supported by newly elected MSP Andy Wightman, found that 50 per cent of private land in Scotland was owned by just 432 people.

Various attempts to reform land ownership since the advent of devolution have been opposed by private landowner lobbyists.