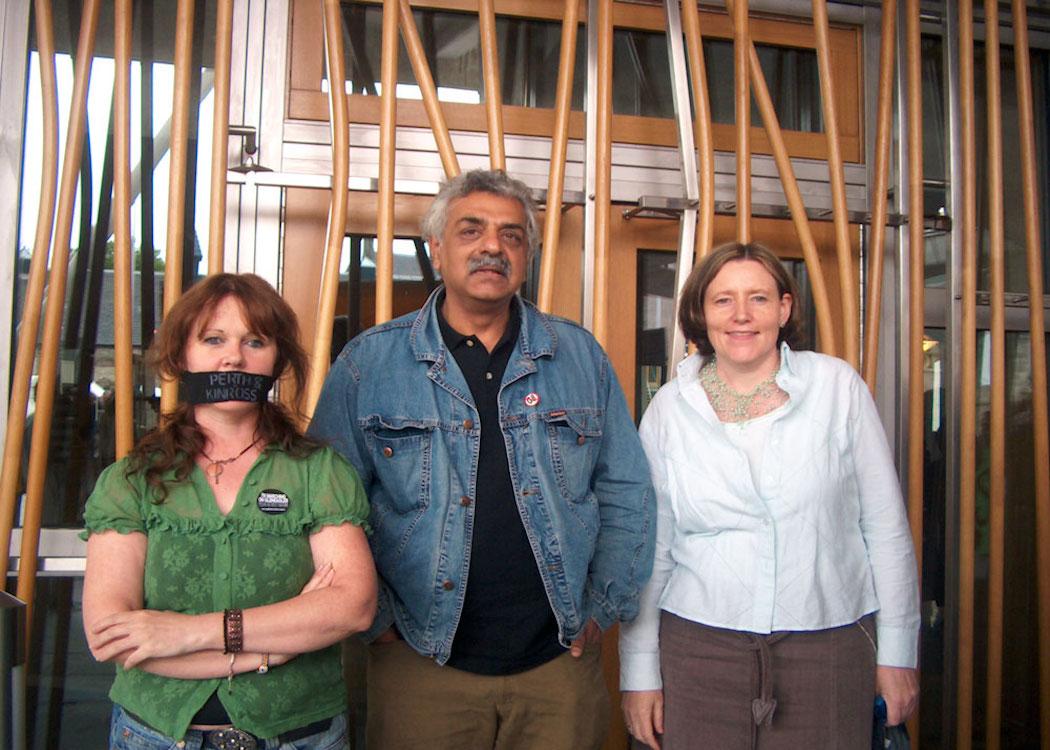 ROSIE KANE, a former MSP, has discovered that she was targeted by the secretive company that kept a blacklist of trade unionists and political activists, after her name was confirmed as one of those found in a 2009 raid.

Kane is one of many political activists included on the blacklist, which was kept by The Consulting Association for decades and mostly used by the construction industry to keep trade union activists out of work.

This week Kane received a letter from the Information Commissioner confirming that her name appeared on the list.

She told the Daily Record that when she was arrested for non-violent direct action in the 1990s – chaining herself to the Chamber of Commerce to protest road construction. She was then questioned while under arrest by “sharply dressed men”, who asked about Kane’s “collusion” with a “cell” of activists.

She said she suspects these were Special Branch officers, and told the Daily Record : “There must have been sharing of information between police and The Consulting Association.”

Also known to have been on the blacklist were former SSP MSP and current Rise candidate Colin Fox, and Tommy Sheridan, who was convicted of perjury in 2010.

There are thought to have been tens of thousands of names kept on file, with several hundred being political and environmental activists who were spied on by undercover officers – but the full extent will never be known. In 2009, when the Information Commissioner raided the company’s offices, officers took less than ten per cent of the files. The rest are thought to have been burned.

The decades-long battle by blacklisted workers to get compensation has led to the High Court, and some workers have already been awarded damages ranging from PS25,000 to PS200,000, compensating for years of unemployment.

Police collusion with the illegal blacklist practice was revealed by whistleblower Peter Francis, who had worked as an undercover officer.

Kane said it was the “biggest shock of my political life” when she learnt her name was on the blacklist. She wants the companies and police to come clean about who was kept under surveillance.

Kane’s story confirms that covert surveillance of activists was taking place in Scotland, but these activities will not form part of the ongoing Undercover Policing Inquiry. Led by Lord Justice Pitchford, the inquiry will cover activities in England and Wales only.

MSPs Neil Findlay, Alison McInnes, and others, have been calling for a separate Scottish inquiry to be established by the Scottish Government to reveal the extent of police spying and blacklisting in Scotland.