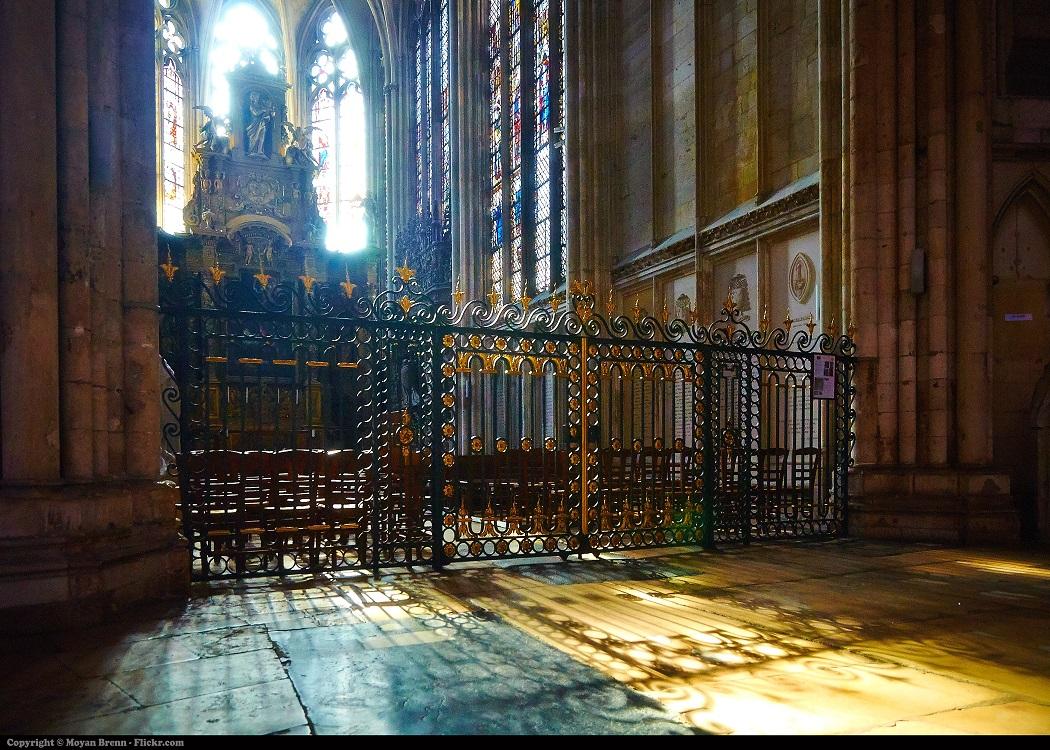 THERE are two topical political debates which at first glance appear to be completely unrelated. One is the commemoration of the 100th anniversary of the Easter Rising in Scotland and the other is our relationship with the EU and the possibility of a Brexit.

A secondary look shows that both issues have something very much in common since both these current bunfights have somehow managed to airbrush out the substantial role which Christian democracy and the wider Christian social movement played in the formation of both the Republic of Ireland and the European Union.

For example, it would seem that support for commemorating the Rising in Scotland comes mostly from leftwing nationalists, Scottish socialists and republicans, which is hardly surprising considering how large the presence of the famous Edinburgh-born socialist James Connolly looms over the Scottish left’s relationship with Irish politics and history.

Both these current bunfights have somehow managed to airbrush out the substantial role which Christian democracy and the wider Christian social movement played in the formation of both the Republic of Ireland and the EU.

Yet there seems to be somebody missing from this conversation, there appears to be no voice coming from within the Scottish Catholic community, which is odd considering the fact that the church’s public role in Irish life was fully restored after the Rising while the church’s revival in Scotland was mostly down to Irish immigration in the decades leading up to the Rising.

This lack of input from the faith community is unfortunate since the church could have played a positive role in providing a forum for dialogue and reflection which might have gone some way towards healing old wounds and removing many of the fears around marking Easter 1916 in Scotland.

And so we now have a situation where how we remember 1916 is informed by many of our post modern values. For example, one of the problems with the total secularization of our understanding of Irish politics and Irish history means that it then becomes far too easy for those critical voices from within Scotland’s Protestant unionist loyalist community who are opposed to the commemorations to crudely defame all those marking the Rising with the caricature of being a bunch of Anti-British, revolutionary Marxist ETA/INLA/PLO sympathisers who have more in common with Baader-Meinhof than they do with honouring the noble ideals of liberty, self determination and democracy which they see manifested in the Easter Rising.

This calumny is a little more difficult to lay at the door of social conservatives and Christian democrats whose social and political ideology lies not in radical republicanism but in Fine Gael’s pro-treaty history, which is these days strongly opposed to republican violence.

This is especially true if we consider the fact that the church was often opposed to the violence of both fenianism and republicanism at various times in the years leading up to the creation of the Irish Free State.

This lack of input from the faith community is unfortunate since the church could have played a positive role in providing a forum for dialogue and reflection.

It could also be argued that those within Scotland’s Protestant unionist loyalist community might feel as if they have less to fear from the commemoration of the Rising if it wasn’t coming exclusively from Scotland’s socialist liberal-left but rather from those within the Irish diaspora in Scotland who accept the reality and the right of modern Northern Ireland to exist while still celebrating the Easter Rising as an historic event.

Perhaps there would be less hostility from those within the PUL community if they felt no threat to their culture and tradition. This is certainly true of those within Scottish republicanism who identify with the great Michael Collins and the Free State as well as Fine Gael and the Christian democrat tradition which certainly does not seek to eradicate Protestant Ulster loyalist culture and tradition.

The other problem with the modern over-emphasis on the purely anti-imperialist and revolutionary aspects of Easter 1916 is the fact that it’s a reconstructed romantic fantasy. In reality, our Irish forbearers both here in Scotland and in Ireland, too, were eye-wateringly devout and socially conservative by any modern standards.

Long before the Che Guevara banners made an appearance at Celtic Park there was a priest’s gate for clergymen to get in for free. Before the Green Brigade were belting out the rebel songs, their forefathers weren’t just celebrating socialists like James Connolly, they were also honouring men like Eamon de Valera whose social policies reflected his view that the Catholic faith and family were central to Irish identity.

Yes there were indeed Sinn Fein clubs in Scotland and Irish volunteers based in Glasgow, but in 1920s Glasgow, the Irish were also joining Frank Duff’s Legion Of Mary in equally large numbers.

The other problem with the modern over-emphasis on the purely anti-imperialist and revolutionary aspects of Easter 1916 is the fact that it’s a reconstructed romantic fantasy.

At that time, the Legion spread extremely rapidly from the Free State to Scotland, and there are now 150 Legion of Mary groups. Frank Duff himself had once been Michael Collins’ secretary.

Similarly, just as it is in the debate around commemorating Easter 1916, the current Brexit argument displays the exact same total silence with regards exploring exactly why the European Union was also established by incredible Christian social thinkers and politicians like Konrad Adenauer, Alcide De Gasperi and Robert Schuman.

These men built a post-war Europe on the principles of Christian social thought. De Gasperi felt that the restoration of Christian ideals was the only way to prevent anything like WW2 happening in Europe again.

Alcide de Gasperi was a devout Catholic, as was saintly Robert Schuman and also the heroic German chancellor Konrad Adenauer. These statesmen believed passionately in the Catholic social teaching idea of subsidiarity: a principle which originated in Rerum Novarum and claimed that policies are always best enacted at the most local level.

These days, Europe has totally abandoned ideas like subsidiarity and its own Christian democratic roots in favour of statist centralization, big business and unfettered free market economics.

In rejecting the principle of subsidiarity the EU has facilitated the handover of power to little groups of bureaucrats who are quite hostile to sovereignty and local cultural values.

In truth it was really the Maastricht Treaty in the 1990s which drastically altered the original idea of Europe in favour of business and capitalism. These changes totally departed from de Gasperi’s vision.

Maastricht even switched the European Community’s title to the European Union; at this point it changed from being a community of nations that all worked alongside each other rather than trying to dominate and control all the nations involved under one set of laws and customs.

At no point did Adenauer, Schuman or De Gasperi envision a European superstate based on the free movement of labour and capital at the expense of community, localism, culture, tradition and the very idea of place.

The Maastricht Treaty was a total rejection of subsidiarity that really changed the direction of the EU which only two decades later then led to the Lisbon Treaty, which in turn made it legally possible to subordinate our national laws to European dictates; this is the polar opposite of the principle of subsidiarity.

And so, the debate over Brexit is presented as a pretty depressing and grim choice between an ultra neoliberal, centralist EU which exists only to encourage the free movement of labour and capital, versus the even worse pro-austerity, anti-worker, consumerist, materialist dehumanising vision of Little England Thatcherites like Boris Johnson and Nigel Farage.

This is exactly why the absence of any discussion around the restoration of Christian social democracy leaves us with very few positive visions or alternatives for the future of Europe, Scotland and of course, even the once highly pro-EU Irish Republic.

Ultimately, the basic point is this: we cannot fully understand the true legacy of Easter 1916 and neither can we fully understand what the EU is supposed to be without understanding and accepting the fact that both Ireland and Europe were founded on the pillars of Christian democracy.

The absence of any discussion around the restoration of Christian social democracy leaves us with very few positive visions or alternatives for the future of Europe, Scotland and of course, even the once highly pro-EU Irish Republic.

One final point: the accusation of being a plastic paddy or simply ‘a plastic’ is sometimes tossed at Scots who seek to memorialise the 100th anniversary of Easter 1916 here in Scotland.

The retort I’d offer to this put-down is to say that most Scots of Irish heritage aren’t Irish and don’t want to be Irish, nor do they want celebrate terrorism as is sometimes claimed, they are (and always will be Scots) who once a year, at Easter time, honour the land to which they owe so many different things.

It might be their aspirations, perhaps a football club, ancestry, maybe deeply held religious convictions and yes, even political sentiments, too, all rooted in Ireland. But to not bend the knee and raise a glass to the memory of my own Haggerty and O’Rourke forefathers for just one day a year would be a great shame.

So let’s honour Easter 1916 and let us remember An Gorta Mor. Remember them all, give thanks and continue to hope and pray for peace and reconciliation in the old country and here in Scotland, too.

As my Granny used to sing, “Hail, glorious St Patrick, dear saint of our isle, on us thy poor children bestow a sweet smile”.